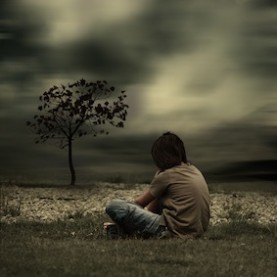 The Mystery of Featherstone

Otis Sterne, M.A headmaster of Featherstone in our time - the mid nineteen-nineties - was most aptly named for he was a disciplinarian and ruled Featherstone School, staff and boys, with a rod of iron. Boys who ‘experimented’ with the poppy were immediately expelled and you could be gated for quite trival offences like carving your name into the top of one of the old oak desks, an occupation countless generations of Featherstonians had enjoyed up till now with impunity. My own crime was to kill Matron’s geranium which stood in a terracotta pot outside the San look very healthy until I peed on it. For this I was fined a largish sum by the Old Man, who was quite mirthless as he handed down sentence, thus depriving me of any pleasure in the tuck-shop for three weeks of term. Of course I was spied on, probably by that snitch Queedle, which almost rhymes with widdle, come to think of it. I remembered him suddenly coming round the corner when I was in full flow then averting his eyes and turning on his heel and sauntering off whistling, keeping up the charade of not noticing anything when he evidently had. Of course, quite a number of boys derived a great deal of amusement out of the incident and still do, writing me Christmas Cards addressed: ‘Michael Silver, KMG’ - the letters meaning nothing more than ‘Killed Matron’s Geranium.’ Well, such are schoolboys. I should know, having been more of one than some.