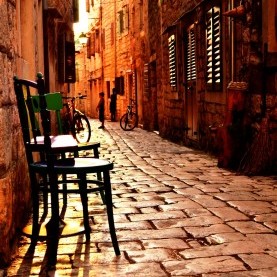 In the 1830s, Hepzy Titchworth, a young girl with a touch of magic in he genes, is deported from her native England to Van Diemens Land for horse theft. She is hired out as a housemaid to the rather dysfunctional and clueless Benbow family, who are trying unsuccessfully to run a sheep property in the midlands. Despite her lowly position, Hepzy and her powers of enchantment have a definite impact, not only on the Benbows, but the whole of the district.