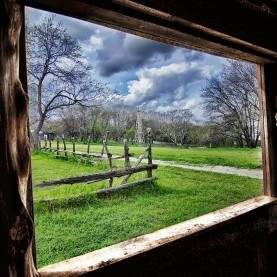 Love Blooms when an Artist finds his perfect subject. Excerpt from the Short Story The Model Woman

As the party wound down I found myself talking with an elderly friend of our hostess about quite a lot of subjects. She was profoundly insightful on many topics and possessed that worldly knowledge with a humility that only a vibrant long life can bring. Aside from her intelligence I also thought she was charming and really sweet. Her admiration for our hostess was obvious and sincere and she offered me some interesting insights too. Just before she left she confided in me that it was somewhat obvious as to whom the object of my desires was tonight. As no matter to who I had spoken with, while it was true that I had been able to manage a pleasant conversation, it was also apparent even without the painting that I only had eyes for one person here tonight. She smiled with a look of reminiscing and said “It’s wonderful. I think the two of you fit together nicely.” She also observed “I have noticed a tangible difference in our gracious hostess in the last week or so. Although I didn’t know the cause, I have had my suspicions. Tonight she was decidedly different in both physical and emotional appearance.” And with a great big smile she told me “Whatever it is that you’ve been doing, you should keep it up. You, sir are a good influence on her.”

Yet another twist bestowed upon me this evening and I tried to absorb the weight of what she was implying. I tried to connect the dots so to speak and not really knowing her more than a few days I tried to see if there was really a change or some temporary aberration. The fact was, I really couldn’t tell. I just didn’t know her that well but even I had noticed some small changes since I first arrived here for work. Initially she struck me as an atypical corporate type. Well dressed, well groomed and well off the pulse of the world outside on the street. Her place had a classic conservative appearance and location but she was changing it to quite a more eclectic style. In fact that’s was brought me here in the first place, to change the boring paint scheme to a more uninhibited décor. I did spy some influences that might have been a direct result of contact with me like that new copy of a CD on her stereo. It was one of the ones playing while I had been painting her portrait. I also saw there were new copies of some books I bet she had seen while exploring my place but it could all be just a mere coincidence. I wasn’t sure but either way it just added more fuel to my thoughts of pursuing her more aggressively on a romantic level.

One of the funny constants about parties is that once one person breaks the ice and decides to leave almost everyone else sees the opportunity and follows the trend. I was finishing up a glass of wine deciding if I should hang around and try my luck. Maybe though she would be too tired from hosting a party to even think about anything else but crashing into bed. I thought about drifting out with the flow and trying again another time but before I could move she promptly grabbed me and put me to work handing out coats. It seemed as if I might never get my chance tonight, as her efficient side was keeping me busy all night and now she was putting me to work yet again. Even after the last guest had been handed a coat and been shown to the door she asked me to help put some stuff away and then hang her picture for her on top of that. However I wanted to put away the rest of the wine, right into my glass but then I’d probably have to take the empty bottle to the recycling bin or who knows what next. In truth I was more than a little frustrated that I’ve been waiting all night to make a move and for quite a few hours now I’d been thwarted at every turn. On the positive side I was getting points for helping to clean up and to put her place back in its proper order. I kind of enjoyed spending time alone with her as I didn’t know if this would be my last chance or not so I made the best of it and enjoyed her company.

Finally she got a hammer and picture hangers and asked me to hang her portrait. I thought this was my final job for the night and all it would take was a few seconds. So I thought. I didn’t anticipate holding it up in several locations, some multiple times till my arms felt like they we going to fall off while she decided where the perfect spot would be. After many prospective places she finally settled on a wall in her bedroom in between an armoire and a small sitting chair. I carefully measured the height and centered it on the wall and nailed two support hangers and carefully hung the picture up. Standing back she admired it in its final location and was so happy she was absolutely beaming, making it worth all the effort. As I was thinking if it was really ethical to put the moves on a woman while working in her bedroom, she came up close to look at the painting again and was standing so close I was getting high from the scent of her sweet perfume once more.

She said she loved the smell of the paints while they were still wet and thought it was a sensual kind of smell. Nodding towards the picture I said that it had quite a few sensual elements too from the exotic flowers to the beautiful subject. Turning her face towards me she asked me if I really thought it showed a sensual side of her. I could see her staring at my eyes and my face as if weighing the truth behind my words, “Of course.” I said softly while looking directly back into her eyes. Unable to blink while she stared back into mine and with all the daring I could muster from inside myself I risked it all and went for broke. In what I hoped was my sexiest voice I spoke to her letting my feelings pour forth after being pent up all evening. “I find that the poise and pose of the subject hints of the deep sensual undercurrents beneath the calm innocent exterior. I see deep, powerful and moving energies patiently waiting for the right person to come along and free them.” Shyly softly and coyly she probed me further and asked me “Do you like the subject?” Never looking away I kept my eyes locked with hers and hoped my inner passion came across visually as strong as my words, helping to telegraph the weight and truth to the feelings behind them. “Very much so,” I said and “I think she is quite beautiful.” She blushed and looked away for a second and then her eyes met mine again and now they blazed with an intensity I’ve never seen before and it thrilled my entire body. My whole being ached to grab her, to press her body tightly into mine, and to kiss her hard and long like a scene from a Hollywood movie.

At that moment I truly believed her the most beautiful woman I’d ever had the pleasure to look so intensely eye to eye with. It only served to magnify her loveliness and its mesmerizing effect on me. “My eyes know your exterior thoroughly from capturing it to canvas and it would make my heart very happy to know your heart just as intimately.” I whispered as I laid it all on the line. After that all I could do for few a breathless moments, was to let my eyes bask in the glowing radiance of her gorgeous face as she seemed to be doing the same with mine. She whispered back to me and said “You are beautiful too. I would be just as happy to let you know my heart as well.” and she gently touched my face with her delicate fingers. I could feel my face smile and flush with heat from her words and gentle touch. As our faces moved towards each other I saw her eyes close as we drew intimately close. I closed mine as well letting every other sense in my body experience her kiss too. For the rest of my life I whenever she kisses me some part of me will always remember that amazing emotion and power of that first kiss.