The Tale of Liam and Lorelei 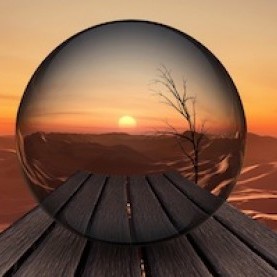 The Tale of Liam and Lorelei

A modern day romance for those who have been hurt before but still believe in the ultimate magic of love.

The kisses and caresses we exchanged, varied in their intensities, taking us through gentle valleys of tenderness, to the peaks of the highest mountains of yearning, down winding roads with new discoveries to be made around each bend, to tumultuous thunder and lightning filled night skies with unleashed passions. They were all wonderful and magic filled in their own rights and I cherished each and every one. Not a word was uttered but our hearts were speaking volumes to one another.

It seemed we were locked together only mere moments, a blink of the eye, but the reality was the moon had already sunk low in the sky and the sun was beginning to stretch its early morning rays along the water, reaching out to greet the two of us. Quite literally it would seem we had danced until dawn in our own private ballroom provided compliments of mother earth. I started to giggle when I realized we had somehow managed to stay out all night, making out like two teenagers, who were now left to face the consequences. Somehow I didn’t have to explain my fit of giggles to Liam as he looked at me gravely and said, “Well I suppose this late night escapade of our means I shall have to take you home and explain to your family that my intentions are completely honorable where you are concerned. That it is my full intent to court you as a lady should be, win your heart and make an honest woman of you. Thus your reputation shall remain unsullied by the risk of any scandal we’ve caused by staying out all night without a chaperone. It is my intent to ensure that your virtue shall remain untarnished.”

Skimming my hand with his lips, eyes twinkling as he raised them to me. Intuitively knowing that despite his mock graveness there was truth in his words. I felt my bottom lip begin to tremble, as tears began to well in my eyes. Trying to quell them but failing miserably.as they began to fall as I lowered my face unable to look at Liam embarrassed by my emotional outburst. Clasping my hands firmly, “Look at me”, he pleaded, but all I could do was sob. Taking me in his arms and embracing me while kissing the crown of my head, trying to comfort me. “Would you talk to me, let me make it right. What’s wrong?”

I finally raised my head enough to look up at him and began to hiccup as I fought back the tears. “Well that’s a step in the right direction, now talk to me. What’s going on?” He wiped my tears away with his thumbs and continued to look at me intently, with an undecipherable look, as it was a mixture of deeply felt concern, love and even a shade of fear. Like a river overflowing during the spring thaw, the words just somehow seemed to stream out from my lips. “I’ve just spent the more incredibly amazing night of my life with you. It was absolutely perfect. I don’t want it to end, not ever. I’m in love with you.” I blurted out fiercely.

“Good going I thought to myself, now you’ve gone and done it. You’ve become overly emotional and told this man you love him, it’s the first bloody date and your last, stupid woman I berated myself.” “Thank God” he exclaimed as a huge goofy grin over took his face and he began to laugh hysterically until he too began to tear up. “I love you too and have since the first time I laid eyes on you. I’ve known from that first day. I have dreamed about you and wanted to talk to you for months now, but I was just too damn shy to even say hello to you. When I walked into Morelli’s bakery that day and there you were I wasn’t sure if the fates were smiling upon me or if I was totally going to blow any chance I might ever have with you. Don’t you have any clue how nervous I was that day? It was torture, finally having a reason to talk to you and feeling so tongue tied all at the same time. That’s all behind us now though, because here we are. So I’m baffled, if you love me why the tears, what’s troubling you?”

“You love me too????” I stared in dumbstruck amazement at his revelation. “Yes, I do.” He stated firmly. “But I made you cry, and I obviously upset you. Please tell me what I did wrong, I’ve finally got you and I don’t intend to lose you now or ever.” “Oh Liam, I’ve been such a little fool forgive me I beg of you!! He sat down in the sand and pulled me down into his lap. “Now fess up, what’s this all about? It was comforting to be in his lap and cradled in his arms, where it was safe and secure. Trying to collect my thoughts, and calm myself enough to be able to articulate what started the flood of tears. “Lorelei, I’m the one person on the entire planet you should be able to speak your mind to, you can tell me anything, I’ll listen. Trust me.” He looked deeply into my eyes encouraging me with them. “Liam” I said taking a deep breath and finding the words began. “Never in my life have I felt the way I do about another human being, as I do you. It’s not rational and my common sense tells me to be wary, but my heart is alive in a way I never dreamed it could be. I’ve thought I was in love before, but it was nothing like what I am experiencing with the way I feel about you. What I had in the past pales in comparison to what I have now, even after such a short time with you. I realize that on a logical level all of this is completely crazy but what I feel for you just keeps growing and the more I know about you the more I want to. I want to share everything with you, spend every second I can with you, simply because I can. But the demons from my past, lurk in the corridors of my mind, and tell me I’m never going to be loved, the way I want to. I made up my mind some time ago that I would never just settle, for the sake of having a man in my life and being part of a couple. That would just be deceiving to me, and I simply can’t do that. I think I just freaked out when you made the comments about your intentions being honourable, yes I know that sounds insane on my part, and I know in my heart you meant it sincerely.

I just allowed my past to take over and my old insecurities to rise, the ones that told me you were totally out of my reach you were in a different more elite league, and unattainable to someone like me. Your perfect,……….and I’m just me, how could you possibly want just me?” The tears were once again staining my face, and Liam just cuddled me all the closer and stroked my hair. “Now listen woman, I am not perfect, but all that matters is that I am the perfect fit for you, and I believe I am. As for how could I want you? It’s really quite simple, that’s exactly why I want you, because you are you. You’re genuine, with no pretensions. You’re uniquely you and you make no apologies for it. You’ve got kind eyes, Lor, and I know you have the heart to back them up. You’ve still got a soul, when so many people have lost theirs in this day and age. You are also precious and as a rare as a blue star.” “A blue star? I don’t understand.” I said bewildered. “Yes a blue star.”

“Look into the sky on a clear night, Hundreds of stars out there, shining and sparkling. Yet, if you look closely you’ll find small stars, and when you truly see them you realize the blue hue they have and you’ll notice that despite their size they are stunning. In reality those stars, standout and shine the most brilliantly. You just have to seek them out, and once you find one it’s nearly impossible to tear your eyes away from it. They are mesmerizing, pure magic and mystery. Y Lorelei you’re one of those precious stars. I intend to make you see that. I love you and I`m not going anywhere. I’m here to stay, just try and get rid of me.” he added resolutely. Snuggling into him, and nestling my head against his chest, I could hear the steady even beat of his heart and felt the warmth of his breath and I knew he loved me.