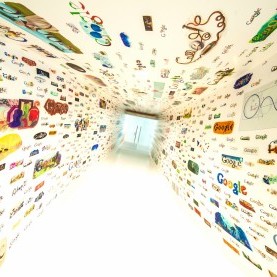 "Pink Panties, Chocolate Pudding, and a Proposal" (1,456 words) is an extraordinary tale (in a very literal sense) about the intersection where love, with all of its complications, meets the most basic of biological urges. This compact story manages to elicit a diverse range of emotional responses--from hope, humor, and resilience to fear, folly, and disgust--all of which are encompassed in any romantic human relationship.

Trent wandered the aisles of the convenience store, fingering the little black box he was hiding in the inside pocket of his double-breasted suit coat. It was the same little black box he’d been carrying around with him for months. The box was given to him by his mother, and it contained a family heirloom: a diamond ring. Every time he thought the moment might be right to kneel down on one knee, to take the little black box out of his pocket, and to open it for Becky to see, something stopped him—some excuse, some petty reason for caution.

That night, Trent and Becky were on their way home from celebrating their two-year anniversary with a candle-lit dinner at Paesano’s, the nicest restaurant in town. Becky said she wanted to pick up something at the Stop ‘N’ Go, so Trent pulled his car into the lot. Before he had a chance to park, she was out the door and on her way to the restroom.

Trent was now standing in front of a strange juxtaposition of objects and ointments—everything from cough syrup to bandages to office supplies to contraceptives. The bright pink color of a bottle of Pepto-Bismol caught his attention. The color was the exact same shade of pink as the panties Becky was wearing that night. Trent, being the gentleman called for by an anniversary evening, held Becky’s chair for her as she sat down to dinner. As she did so, her blouse had exposed, ever so slightly, the small of her back. In that brief moment, he’d absorbed an absurd amount of information—not only her soft, amber skin covered with small, blond hairs that reflected a spark of light before disappearing as if camouflaged, but also the lacy waistband of her panties peeking out over the top of her skirt. He’d seen enough to notice the shimmer of pink silk as well. And, he expected to see more soon.

Trent, next, eyed a square, black, condom package with neon green lettering. He considered swiping it and shoving it into his suit coat along with the other little black box. That’s when it hit him. He experienced something that felt as though a large bubble had just sunk to the bottom of his insides.

He moved along the soda coolers to the corner furthest from the cashier’s counter. He surveyed the area one last time for unsuspecting customers that might become collateral damage in the fallout of the bomb he was about to drop—he had to, a matter of necessity. He checked the window, too, to see if Becky had yet emerged from the restroom. Not as far as he could tell.

He went for it, making an effort to expel the gas slow and steady, to release it silently. It seemed to be a success. The smell arrived quickly and with potency. It smelled like warm, rotten milk. He was poised to release more before abandoning the scene of the crime, until he felt an odd dichotomy in his pants; there was a strange warm/cold sensation on the back of his leg.

Trent vacated the scene immediately, walking out the door with his legs tense and straight and his butt cheeks clenched with the force of an alligator’s jaw. Becky was still in the restroom. He prayed the door would open by the time he got there. He could hear water running inside. That was a good sign. Then, the bubble shifted, and he froze. He stood with his back turned to the wall, fearing a mess was showing on the back of his pants.

When the door opened, Trent nearly shoved Becky out of the way. “Excuse me,” he said, paying no attention to her response.
He disrobed, sat, and released the floodgates. The sound, the stench, the mess in his boxers, the stain on his pants—nothing mattered to him until everything was expunged.

He flushed and flushed again.

Still seated, he slipped off his shoes and socks in an effort to keep them clean. He carefully removed his feet from the ring of cloth around his ankles. With two fingers pinched firmly on the waistband of his boxers, he pealed them away from the inside of his suit pants and tossed them to the floor. They would no longer be of any use.

Trent held up his slacks so he could see the seat. There was a wet spot shaped like the Eifel Tower—tall, pointed on top, increased exponentially in size toward the bottom. With his pants pulled high enough and his suit coat pulled low enough, the spot would probably go unnoticed. He was lucky he wore black that night. He almost wore a light grey suit that wouldn’t have hid anything.

He scrunched a ball of toilet paper and began to scrape away what he could. When he finished, he cleaned himself, eased the pants back on, and replaced his socks and shoes.

Trent washed his hands. At first, he was annoyed the restroom lacked basic amenities, particularly paper towels and a trash can, but when he turned on the electric hand-dryer, he got an idea. He directed the warm air to the cool spot he felt on the back of his leg. He hoped he might be able to get back into the car without trouble, without Becky noticing, but what would happen when they got back to his apartment? After all, they had just finished a nice, romantic meal, and the wine was still warm in their veins. Expectations were high. His pants needed to be replaced. She would ask questions if he changed inexplicably. And, it wouldn’t be enough to slip into the bedroom to replace his boxers.

He looked at his boxers lying in a dumpy mound on the grimy tile floor. Evidence. He needed to destroy the evidence, the soiled fabric formerly known as his underwear. As he reached to recover them, he noticed for the first time that there was a small receptacle tucked in the restroom’s corner next to the toilet—a miniature trash can with a foot pedal to open the lid. He experienced, in that moment, what seemed like the Universe opening itself up and extending a gracious hand to him, to place that little plastic cylinder in the perfect spot for that exact moment, to save his evening.

Call it fate or destiny. Call it coincidence or luck. Trent couldn’t care less. He scooped up the remains and depressed the foot pedal. When the lid flung open, he stopped. There, disposed in a wad, was a pair of pink silk panties with lacy trim.
The panties had a distinct look. They reminded Trent of a time when, in a flash of whimsy, he had covered Becky with chocolate pudding only to lick it off moments later. It was one of the most romantic and sexy evenings they’d ever had together. The pink panties Becky wore that night eventually found the floor in a bunch no bigger than a baseball. The same pink and chocolate pudding-looking ball was in front of him now, but there was nothing romantic or sexy about it—just raw, human waste.

Trent threw his boxers into the trash with panties and closed the lid. He took his time washing and re-washing his hands, thinking about what that meant for him, for Becky, and for the evening ahead. He exited the bathroom, walking cautiously.
Becky stood outside the door, waiting. She waved a bottle of wine for Trent see, and she said, “Got it. I thought we’d continue where we left off.”

He could still smell the inside of the restroom. His senses needed a chance to reset.

“Do you want to put on a movie when we get back?” she asked earnestly.

He thought of his stomach. Was it over? Was he in the clear?

“Drink a little wine and see where things go from there?” She touched his arm.

Was he in any condition to be up for it? Was she, really?

“What do you think?” She was smiling at him.

Her smile disappeared. “Is everything okay, babe?”

Trent stood motionless for a moment, then smiled, and on the dirt-covered, pebble-ridden sidewalk outside the Stop ‘N’ Go on the way home from dinner at Paesano’s on the evening of their two-year anniversary, he kneeled down on one knee.