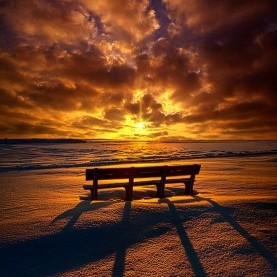 Two teenage best friends are united in a dark deed.