The Mystery of Franklin 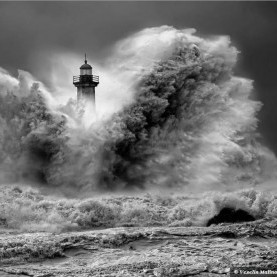 The Mystery of Franklin

The fate of Franklin no man may know.

Once the Napoleonic war had ended the Admiralty turned its attention to charting and exploring those seas and coastlines it still did not know. Polar Canada had plenty of both. It was a massive jigsaw puzzle the world was still trying to complete, but nobody had all the pieces - certainly not the natives of the place, the Inuit. There was moreover a particularly pressing problem Was there a navigable waterway through those far-flung frozen islands to connect Atlantic and Pacific oceans? Was there a Northwest Passage from, say, Baffin Bay to the Beaufort Sea? Many suspected, from their knowledge of the jigsaw so far completed that there was. Over the centuries many intrepid captains had tried to find it - men such as the Cabots, Frobisher, Davis, Hudson, and more recently Ross and Franklin. But by the mid-1840s it had become a matter of national honour that the Royal Navy should find it before someone else did. What is more, they had the ships and their talented young men needed the experience.

It would be no easy task. We who, godlike, look down from our space satellites can be only too aware of the many false trails presented by the inletted contours of that great maze of islands and peninsulas that make up the Canadian north. We can also see that some 80% of the Arctic Ocean is covered by ice. But in the 1840s no-one knew the exact lie of the land and the maps and charts were often dangerously wrong. The behaviour of ice was only just being understood. It was known that the polar sea was predatory - it would growl like a bear, then seize a ship in its jaws and crack it in half. But why, for example, did that great area of sea at the top of Baffin Bay - the North Water - not freeze over? (Tides, winds and upcurrents contributed to this phenomenon.) Then there was the strange hillangar, or Arctic mirage. John Ross had seen a range of mountains in Lancaster sound and had turned a whole expedition back, thinking his way was barred. But it had been one of these mirages. And then there was the effect of white-out, the way you could become disorientated crossing a monotonic landscape of snow or ice.

The public, of course loved it. Allusions to the Arctic wastes - such as in Mary Shelley’s Frankenstein or Coleridge’s Ancient Mariner were excellent selling-devices. But it was easy to be an armchair traveller.

The reality was different. A polar expedition could last up to five years. A ship’s menu consisted of salted pork and beef in barrels (later tins), rotten potatoes, dried cabbage, weevily ship’s biscuit, and musty beer, all of which could bring on a fatal disease known as scurvy unless supplemented by fresh provisions. Living conditions were otherwise barbaric. The sun would, typically, set in mid-November and not appear above the horizon for three months, during which time a ship’s company would light itself entirely by candles. Temperatures regularly plunged to minus 50 or 60 degrees Centigrade and the crew would press themselves as close to the coal stoves as they could get, roasted on one side and frozen on the other. There were also serious problems of condensation in their draughty quarters, with sheets of ice building up on the cold ceilings and a wetness that never seemed to leave bedcoverings, or clothing, or for that matter bones.

In spite of this, or perhaps because of it - the hardship would toughen a whole new cadre of officers - the Admiralty decided to mount an expedition which would settle the matter of the Northwest Passage once and for all. They began fitting out the two chosen ships, H.M.S. Erebus (370 tons) and H.M.S Terror (340 tons), which had proved their worth on a recent antarctic expedition. Originally designed as Royal Navy mortar-carrying vessels their hulls were reinforced with sheet-iron, and fitted with the new Navy screw-propeller to supplement sail-power. A revolutionary new system of heating was installed, and both ships were handsomely victualled and equipped - there was silver plate for the wardroom, for example, extensive libraries, and hand-organs which could play a variety of tunes. No comfort or expense was spared for this expedition to end all expeditions.

If there was a jarring note it was that the leader, Sir John Franklin, was too old and not strong enough for the rigours ahead, for he was 59 and not in the best of health. It was well known that Sir James Clark Ross had been the Admiralty’s first choice and had declined. Yet Franklin would do very well. Not only had he led two previous Arctic expeditions overland and had kept his head in some risky situations involving the natives but he was a well-respected, God-fearing man.

Thus in May 1845 Franklin sailed down the Thames with the Erebus and the Terror with orders to chart new coasts and to find the Passage. In July of the same year whalers in Baffin Bay saw the two ships made fast to an iceberg, waiting for the ice to clear from Lancaster Sound. The combined company of the two ships totalled one hundred and twenty-nine men. One hundred and twenty-nine men, the pick of the Royal Navy, then vanished into thin air.

The Admiralty waited a decent interval, three years, then sent a squadron of ships to search for the missing expedition. Eventually in August 1850 at Beechey Island they found the site of Franklin’s first winter-quarters. Here was much scattered bric-a-brac, including some six hundred tins that had contained preserved meat. They also found three graves of crewmen dug into the permafrost. There was no further clue.