Guy Erma and the Son of Empire 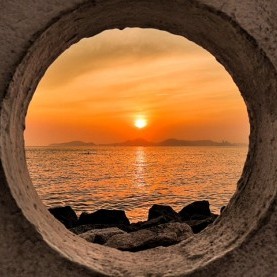 Guy Erma and the Son of Empire

A terrorist attack on a small research station on a remote planet triggers a series of unexpected and violent consequences that throws an empire into turmoil and a throne stands empty.

‘Mezzatorra to Control. We are under attack, large attack. Please assist.’
Karl took a sharp breath in, but his reply was steady.
‘This is Captain Karl Valvanchi calling Mezzatorra.’
‘Karl. It’s the SDLA. They’re at full strength.’
‘We’ll be there. Lock yourselves away.’

Thirty-one years old, Karl Valvanchi was a Zaracan warrior. His skin chalk-white, he stood just under two metres tall, with a slim military build. With his ice-white mane cropped to stubble, he appeared almost human, something he was not. He joined his men and they pulled on their flying suits. As one, they leapt skywards and circled up. Karl glanced back. With its high perimeter wall and watchtowers, the centre was easy enough to secure. It was the outlying units that faced the worst attacks.
Mezzatorra should be ok, Karl thought. The scientists had a secure vault the tribes could not penetrate. Some looting, some vandalism, then the tribes would turn and run. If it came to it, the tribes had no weapons of any real threat. Unless they were reinforced by the Dome Elite; unless they had help from the Freyne Empire.
Karl and his men soared towards their destination, arching over the wide grasslands of Sas Darona.

Sas Darona was a giant planet on the disputed border of the Zaracan Democratic Union and the expanding Freyne Empire. The Freyne had tried to claim Sas Darona when vast reserves of monazite were found. Too late. The Zaracans had already filed exploration licences with the United Races. Further disputes arose when the Zaracans discovered that Sas Darona was inhabited. Were the human tribes related to the Freyne?

Did it matter? The Freyne believed Sas Darona should belong to them, and some of the tribes agreed.

‘Captain. I can see a firewall.’
It was his second, flying at Karl’s right shoulder. Karl stretched his sight to look. On the horizon, a white line of fire shot up from the ground. It was coming from Mezzatorra.
Something’s not right, Karl thought, then said:
‘Karl Valvanchi to Mezzatorra. Report?’
No reply.
‘Captain Karl Valvanchi to Mezzatorra. You requested assistance?’
One of the oldest bases on Sas Darona, Mezzatorra was a crashed shuttle wedged on a rocky outcrop. Too valuable to be abandoned, too remote to be useful, it was perfect for entomological studies.
‘Karl Valvanchi to Mezzatorra, requesting clearance to land in one minute eighteen seconds.’
Still no reply.
What was going on in Mezzatorra? All at once there was a loud telepathic reply:
‘Negative, Captain Valvanchi, negative.’ It was a young female voice. ‘We have a grade one cy-sect alert. We have initiated the protection shield.’
‘Cy-sect alert?’ repeated Karl. His heart was in his throat. His next words were a strangled whisper. ‘Is it plague?’
‘For God’s sake Karl, just get out of here!’
Karl and his six men were circling down to the base, all at once Karl heard himself shouting:
‘Abandon formation, fly high, fly fast. Get out of here!’

As the squad split, twisted up and away, Karl looked down in horror. The lines of white fire now reached up, then arched over. At their peak, the lines of fire joined and started to spread like a vast spider’s web. The branches and arms multiplied. On all sides, Karl saw his men diving and dipping between the lines of fire before accelerating fast, up into the blue sky above. He himself rolled around a shining beam of fire, banked hard right to avoid another laser-fast connection, and then he was free and flying fast. He sent the new rendezvous co-ordinates to his men as he went.

What was going on? The question filled Karl’s thoughts.

The shield had gone up! The final act of desperation of a community faced with Sas Darona plague. With a chill, Karl recalled the briefing by a white-coated entomologist. The plagues on Sas Darona were unparalleled in their ferocity. All animal species on Sas Darona were susceptible and once bitten, sixty per cent died. It had been speculated that the peoples of Sas Darona remained so primitive because the tribes were frequently destroyed by plague. So the Zaracans set themselves to studying the plague. Because of the dangers involved, the research was undertaken at the remote site of Mezzatorra.

What had the SDLA done?

Landing on the edge of the savannah, Karl and his men stripped off their flight suits then started to run, shapeshifting their appearance as they went. They started as slim, pale aliens, but as they regrouped around the trunk of a vast evergreen, they looked like a small troop of Sas Darona tribesmen, with flat, supple leather lace-up boots, knee-length kilts of roughly woven linen, leather water bottles and meal packs strapped across their chests, and as many as three pairs of matching fighting blades at their waists.
Karl split his men, sending two to Mezzatorra, while he headed off with the rest following the heat signature of their fast-retreating enemy. Speeding through the woodland, the DNA traces of their enemies appeared before Karl’s eyes like fading luminescent clues.

‘They have a start on us,’ one of his men said.
‘Not all of them,’ Karl replied. One set of traces shone bright. ‘They have a laggard!’

It was not one tribesman, but two. Two young men, one bled heavily from a deep gash to his thigh, the other struggled to carry him through the forest. The Zaracans sprinted up behind them, then leapt out on them from all sides. The two hesitated, fooled by their attackers’ outward fake appearance, and their fighting blades stayed at their belts. Then their hesitation turned to fear, and even as Karl recognised the medallion, the stronger of the two shoved the metal disc into his mouth.

Karl and his men grabbed them. Two of Karl’s men disentangled the injured soldier from the other’s grasp. From what looked like food pouches they produced bandages, a small hand-held x-ray and morphine capsules. Karl himself grabbed the uninjured rescuer and unceremoniously pulled the metal from between his teeth.
Too late! The young soldier had bitten hard into the dome-shaped poison crystal capsule at the heart of the medallion, and the poison was quick. Karl pulled a syringe from a pocket at his belt and speared it into the broken crystal, taking a sample of the poison. The syringe turned dark red as the intelligent chemicals within did their work finding an antidote. Karl had his arm around the young soldier’s shoulder. His index and third finger pressed to his jugular feeling for a pulse. It was fading quickly. Inside the syringe the liquid changed from red to orange, and finally, to green.

The soldier was not more than twenty years old. His skin was paler than those of the Sas Darona tribesmen. His body was heavier. His muscles were toned from a gym and not outdoor living. Karl saw that they had tried to straighten his hair, and at his temples he could clearly see how the skin tint had been hastily applied. As the liquid changed colour to green Karl stabbed the syringe into the soldier’s neck and waited, pressing his fingers deeper into the young man’s neck, the pulse still fading. Without hesitation he started on a second syringe.

He looked up and saw that his men had tended the other’s wound. Under the effect of morphine, the injured tribesboy was weeping and reaching to stroke his companion’s hands, pleading with him to live. Karl glanced at the syringe in his hand. Still red, just a hint of orange.
The antidote was ready, the syringe had changed from orange to green in his hand. Again Karl stabbed into the jugular. Again he probed with his fingers around the soldier’s neck and the base of his skull. Nothing. He reached for a third syringe. His second placed a hand on his shoulder.

‘He’s dead, Karl.’
Karl said nothing, just stretched the dead body on the path, carefully pulling the limbs straight into a pose of calm, closing the soldier’s eyes and removing the Dome medallion from his neck. It fitted snugly into the palm of his hand, a ring of hard golden metal around a synthetic purple-tinted crystal shaped like a dome. And not just any dome. The large geodesic dome at the centre of the Freyne capital was the headquarters for the Dome Elite. The crystal had been filled to the brim with poison.

So, the Dome Elite had finally devised a poison that worked faster than the best antidote. If past experience was anything to go by the poison would mutate to acid. Within an hour the body would dissolve to dust. Karl shuddered.
No body, no evidence, no proof.