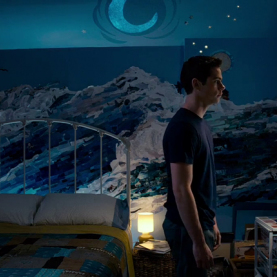 Summertime consists of late night fun with close friends and quarrels of amusement.

I snuck out of the house almost every day. Since I was on the top floor of my two story house, it wasn't hard to leave, well not for me anyway. I found it harder to sneak out on the first floor because you wouldn't know if anyone was still there; on the couch watching TV, in the kitchen washing dishes, on the phone somewhere in the house or anything else for that matter. I had a pretty large window in my room that I could fit through, and the tree right outside sure helped a whole lot. All I had to do was wait until everybody fell asleep to start my adventure. I tiptoed across the roof of the second story ledge until I got up to my tree. I swung over the branch like a monkey and hung on like a sloth for about ten seconds. It's the only time I truly felt alive; like a penguin longing for the day it could finally fly, and getting the chance to.

The first thing I did was go straight to the shed in his backyard and look for the ladder that he always left me to climb up to his room, for whenever I needed to. Or he needed to. Although I could have easily walked in through the front door.