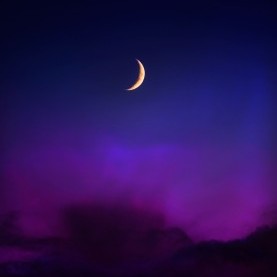 Synopsis: The prologue of a story in which an civilization creates weapons of mass destructions, its magical and mysterious strength are a mystery to its people. The true story following it goes into the far future in which humanity once discovers these weapons and cause havoc, the weapons consuming its wielder and making them mad for power. A young man named Dante and his sister Iris are the two protagonist of the story whom fall into a series of unfortunately events and become wielders of The Sword and The Gauntlet but are able to resist its temptations. The prologue is suppose to leave questions unanswered as they will follow up in later chapters, the mysterious man who sealed the weapons within The Sword will be known, the true intention of these weapons will be revealed and much more will be told. This is my first attempt of writing a story in general, I would love a full critique and help. I wish to improve in my style and become better. Thank you.

This deep sleep we cannot feel, only hear of

Death all around! Death feared by all! Eternity is Death, death is eternity. There is no escape

No running, no hiding, no way out of this eternity that haunts all of us

O’ Thanatos God Of Death.. bring me to my knees and bring me slumber for an

Eternity”
The hall was blanketed by darkness yet lightly shined by the moon that cowered over the stained-glass window, all was void of sound, the pure essence of calamity and peace, filled with the torn corpses of countless men of evil and filled with ancient interiors and scriptures of another forgotten time which prophesied the worlds end by the very same men. The throneroom of the missing king, a mad king, an imaginary idol of the land of Tartarus. Worshipped by all but never visible, He made all of his men fall into into their own madness and they all succumbed to it, the creator of it all.. many considered him the embodiment of evil and praised it so. A false God of hope; a God of wicked destruction.

The body slid off the elegant sword slowly, the shining gauntlet on the corpse crashed down onto the pavement of the sacred room breaking the silence. The sword slowly pushed away the body it had stabbed- the heart being the victim of its sharp tip-and returned into the shaft, its wielder filled with immense sorrow and frustration as he watches the blood of his former friend slowly spread just like the others. He sniveled, he was too strong to weep.. he was already too used to this job. He gleaned towards the gauntlet and eyed it with a powerful enraged fury and slowly bent down to picks it up, he examines its details and and slowly caresses it. He rises up and looks around the room, silence all around him… the stench of death present all around. He removes his helmet and lets his tied up blonde hair fall down to his neck, he glances towards the broken window and looks out.

A world that was once civilized, a world of grand advances and discoveries, a world that was believed to be pure now had fallen and ceased to exist. The cataclysm of men and its twisted God of destruction.. no sight of life was visible. He viewed the ruins that laid through the land, he believed he was the only one living in this world.. life was gone, his victory was pyrrhic. The man began to slump down from out of the throne room, a tower which was the highest point of the grand citadel in the middle of the land and then trudge downward outside of the castle towards the town’s empty center, carrying the gauntlet in his hand. The ritual may now begin.

The man stands in the dead center of it all; of the citadel, of the entire kingdom and breaths with melancholy, he begins to slowly sway back and forth,tired and ready. He raises his hand up, and begins whispering something unknown and suddenly appeared to him 8 different weapons-the weapons that has caused all of this hell- floating around him slowly and with ease, reminding him of all that he’s done. They drop, all shattering on the floor; the man assembles them side by side, left to right in a circle in this order; The Shield, The Trident, The Bow, The Dagger, The Hammer, The Scythe, The Chakrams and The Lance. He then drops down The Gauntlet harshly next to The Lance completing the circle, he then sways out The Sword within the middle of it all and jabs it into the stone pavement; he slowly rises up and stands, putting his hands ontop of its pommel and closing his deep brown eyes shut. It’s complete.

Silence. Utter completely silence. Darkness. Darkness from all but the glittering Moon above.

“O’ eternity in the wicked land of Tartarus, my final breath shall be here, my final words shall be spoken within my mind now before my eternal slumber. This accursed land, the land that destroyed what once was, the land that came into existence from chaos and imbalance in this world.. the equality between light and darkness shattered from the wicked souls of men, men who were consumed by the evil within their hearts... they all are embodiments of pure corruption, every last one of them. The greed of men, the want of power led to their creation.. o’ how it caused all of this pain and misery upon the world, how I’m also to blame for all this as I too am a wielder.. my selfish and disgusting desires o’ how I realized too late the error of my ways.. and now I shall die from my own foolishness.. for falling into the temptation of wielding it.. the sword of death. O’.. put me to rest now. But first.. let me destroy it all; all that surrounds me but if not.. Let me be the seal, the lock that forbids and hides these weapons of hell; let me rid of them with whatever power I have as I have acquired all of them.. whatever I can do for the remaining that live in this world.. grant me thy wish. Let me fall into a slumber and and be the barrier.”

The man slowly breaths out and begins to chant once more.. the weapons began to glow with a grand radiance and began to float around him.. all but The Sword which stood be in the same position, his hands still on its pommel. They begin to move faster, and faster, and suddenly the man himself began to glow, he began to rise and so did everything else around him.. The Sword stayed in its place. The earth began to rumble, the tired buildings surrounding him began to collapse.. and with a blink of an eye he disappeared; vanished without a trace, no evidence of his existence in this world. He was not the only thing, everything within a 100 feet perimeter was gone, all that remained was a gaping hole of it all, in the center of the land of Tartarus but one thing did remain; a piece of a perfect circular land, of pavement was in the center and right within it was The Sword with a radiance of pure black.. darkness. The land then began to collapse, and it suddenly began to fall… slowly fall down into the darkness of the hollow center of the world. (1151)