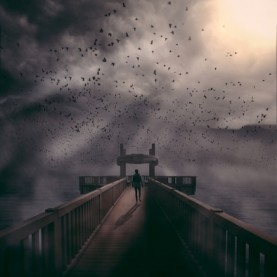 Within the dissolute aftermath of a concealed global calamity where only the most rancorous of riotous degenerates thrive in a discarded society - the weak? Their prey...unless they do whatever they can. Young Lilith, a weak-hearted scavenger, is approached by an entity - a promise of protection. While cornered and scrambling for life she faints and awakes to find the men gone. A river of corpses are floating behind. Lilith has made a deal, consciousness for life, but how long until she can’t control her fainting anymore. Nothing is as it seems...