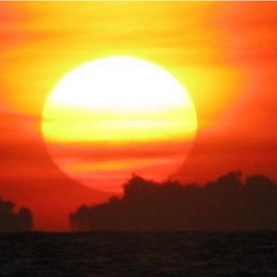 Ali and Jane, my two favorite people on this planet besides my parents, seemed to be making a sort of connection. It's strange, but maybe, it's going to lead somewhere. I don't want to call my best friend, "Uncle", but if they are meant to be, I might as well be Jane's favorite nephew.

“Bismillahirrahmanirrahim…” Ali chanted. The whole restaurant looked at him, but he ignored all those skeptical eyes. He had been an alien many times, sometimes even thought to be a terrorist. His eyes kept looking at the biryani on the metal plate in front of him and his hands grabbed the fork and spoon besides the plate, ignoring the waiter who was walking slowly toward him. The man bowed down a little and whispered something to Ali.

“If you want to stop this then you should stop praying before you come here, Jack!” he shouted. One thing that the other customers didn’t realize was that Ali was actually the owner of that restaurant. Ali continued eating without caring about his customers. Once finished, he stood up and went straight out of the restaurant. I followed behind just a few seconds after that. The whole restaurant got more surprised then. Maybe they thought Al-Qaeda was working with North Koreans to overthrow the American government.

Ali got out and wore his turban. I noticed some customers who were still looking at him tried to run away from the restaurant. He quickly went straight back inside and shouted at them, “You will not leave until you’ve paid!”, and went back out.

His way of resisting the majority and discrimination had always fascinated those around him, especially me, but it had also irritated a lot of people, especially his customers. Although he was used to hearing people calling him with names which are not his, like “Osama” or “Alghamdi”, he never once tried to just conform. He ignored their stares, but he never ignored those who came to tell him not to chant his prayers.

Later that day, Ali came to my house to join the Chinese New Year’s Eve Prayer. He arrived at exactly 10 PM, just so he could still get his annual fix of my dearest Aunt Jane’s authentic Kung Pao chicken. He had always been knowledgeable about food, but even as an expert in Asian cuisines, he still couldn’t find or make a single piece of Kung Pao chicken as good as my aunt’s.

My dining room was somewhat unusually lively. My father and mother sat across each other, while my mother’s three bothers and one sister fill the rest of the table, leaving me at the end of it, and one seat left for Ali.

Ali quickly sat beside my aunt when he noticed that it was the last empty seat on the table. As soon as he settled on his chair, he scanned the table with his eyes wide open, and a watery mouth ready to devour Aunt Jane’s chicken to the bones. My aunt simply looked at him, smiling.

“Don’t tell me your family never gave you chicken, Ali.” she asked jokingly.

“Well, we do, but your chickens are different.”

Aunt Jane simply smiled and continued eating her pork chops. It’s quite strange actually, seeing my best friend eating beside his favorite chef while she’s eating something that’s definitely forbidden in his religion. It’s a simple sight, and yet it made me feel a unique comfort, a sort of serenity. It reminded me that sometimes we just have to be tolerant to make ourselves happier with others.

In the middle of my thoughts, I suddenly realized that the foods on our table were almost finished. I took all the remaining pork chops and put them on my plate, but then I noticed one thing I haven’t took, Kung Pao chicken. There’s only one left and Ali had his eyes on it. Our hands hit each other, but then we agreed it belonged to Aunt Jane. After dinner, Ali and I washed the dishes while my uncles prepare a table for prayers.

For some reason, Ali looked happy when we were washing the dishes. I asked him, “What makes you so happy tonight?”. “Is your aunt single?”. I looked back to my sink and pretended I didn’t hear anything. I was shocked.

I kept on washing the dishes, but my head was somewhere else. It was travelling into a possible future, and at the same time, considering every possibility and contingencies connected to my friend and my aunt getting together.

Ali had always liked Asian women, but he preferred mixed race women, like my aunt, whose father was Swedish. He got his first girlfriend in high school, and her name was Shin Rae Yu, who then turned out to be an undercover spy from North Korea. His second girlfriend, Juliana Qing, was a Chinese martial artist, who left him and broke his heart as soon as she realized he had lied about his martial arts skills when they got mugged in front of a minimart. Luckily, though, her kung fu was better than Ali had expected. Ali stopped talking about girls since Qing left him, and today’s the first time he mentioned anything to me about having a girl.

On the other hand, Aunt wasn’t even born yet when my parents got married and only four years old when I was born. Even though it felt bizarre, but she had always seemed comfortable with me. Her taste in men however, was strange. She only liked men who can count like an accountant, write like a novelist, and punch like Bruce Lee. When asked for a reason, she would answer, “I want my children to be superior humans”. It’s actually quite weird, and yet it made a bit of sense, because her cooking skills and IQ were unusually incredible. She had one boyfriend in college, but then they broke up when he said that her Kung Pao chicken was terrible. It was four years ago and she had created five new different varieties of Kung Pao chicken by the time Ali met her for the first time.

As I scrubbed my last plate with the yellow sponge in my hand, I concluded that maybe it wasn’t such a bad idea. They’re both single, they both know this and that about kitchens and foods, and the one thing that connected their paths in life in the first place was, Kung Pao chicken, something that they both liked. By the time I had finished, Ali was already gone. He wasn’t anywhere near the kitchen anymore. I simply put the last plate in the dryer and put off my Batman apron. I tried to look for him, and then I found him in the backyard, sharing a pack of dates with Aunt Jane. Unfortunately, he was too happy to even notice me, so I went back inside and get dressed up to prepare myself for the prayers ceremony.

By ten minutes before midnight, everything was set up. The dining table was in my backyard, with a cup filled with burning incense sticks, a few cups of tea, some Mandarin oranges, snacks, and a few plates of pork chops on it. My father and my mother prayed first, then my uncles and Aunt Jane. At exactly midnight, they were all finished, and I made my prayers.

I grabbed a couple of burning incense sticks from the cup on the table, went back in front of the offerings, and lifted the sticks above my head as I began my prayer.

“Ancestors, May God put all His blessings on each and every one of you. Today I stand before to ask for your favor in welcoming the coming New Year. I ask for you all to put on us your favors and divine blessings, so that we may enjoy an auspicious year where wealth and happiness comes to our door. Also, I must ask for you guidance for a very important matter. Aunt Jane is the only one of my mother’s siblings who hasn’t found love yet. My friend, Ali, has showed interest in filling the gap inside Aunt Jane’s heart. May her heart find the right partner for her in this New Year. Thank you, Ancestors.”

After the prayer, I put my incense sticks back in the cup. As I went back to my place, I felt a breeze of wind passing near my back. I kneeled to my ancestors, who were – I believed – standing behind the table in my backyard. I bowed six times, and when I stood back up to honor them one last time, I heard a voice near my right ear, saying, “Hao”. It sounded like my grandfather, but it couldn’t have been him. He died a year before I was born. It thrilled me, but I simply left.

Ali went home after he prayed in front of the table in his own way. Aunt Jane looked a bit sad when he left, but then we all went to sleep. My parents and uncle filled every room in my house, leaving me on the sofa in my living room, while Aunt Jane booked a hotel nearby. It was the end of a beautiful year, I thought, but it’s okay, for a sunrise is coming soon.