Into the High Ute Country 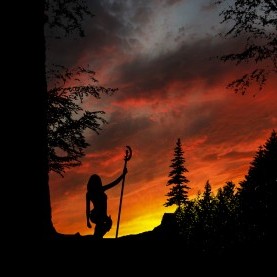 Into the High Ute Country

John Randolph, left Missouri following a long and devastating drought the caused him to lose his farm. He had heard of gold just for the taking in Colorado. On his way, he nearly died traveling over the hot, dry high plains, but he was rescued and taken to a new town in the Rocky Mountain foothills. There, he found a new life as a lawman, with new problems with new challenges.