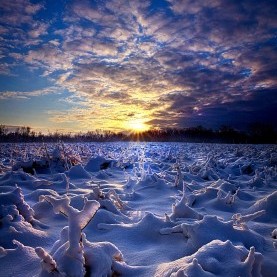 A love story between a Reptilian Alien and a telepathic/psychic human.

“Turn onto your back”, my 9ft Reptilian lover ordered me. When he sleeps with me, he lies over me in a frog squat, almost yogic, position. Reptilians are an ancient race – they do not know their own origins but believe they are descendants of a more ancient race - the first to venture into our universe.

This gives rise to their arrogance, they consider themselves the rightful rulers of all galaxies. They are ultimate warriors and he, even by reptilian standards, is an incredibly skilled and superior fighter.

I cannot physically see Argo, he is a 4th dimensional species, however I am aware of his appearance. We communicate telepathically and I can feel his presence. Only recently had we found each other and now he likes to sleep with me whenever our schedules allow. There is a war on and this busy commander, of one of the largest reptilian cube ships, has many commitments. Much of his time is spent patrolling our galaxy, a vast distance from his planet of origin, Alpha Draconis.

Argo is magnificent by any standard. His thick neck splays onto his broad shoulders and supports his large but beautiful head. His cat like pupils are piercingly black in the bulging orbs of his eyes. The tips of folded wings are visible above his massive shoulders but they are, in fact, functional shields, protecting his back when he is in combat. His thick, brownish green skin is scaly similar to a snake and a standard knife blade could neither cut nor penetrate it. If you were to rub your hand down his flesh it would feel smooth and silky but to brush upwards against the scales feels akin to rubbing up a cheese grater.

I relish him sleeping with me. I adore the comfort and companionship but there are occasional hazzards. Sometimes his small horns make need for me to turn my head to the side, causing me to wake up with a stiff neck. Sometimes the smell of his latest meal, quite often raw fish and innards are still noticeable – an obnoxious affluvia that I struggle to tolerate. However, for the most part and despite our differences, we are blissfully suited.

Merging our astral bodies together is a favourite pastime especially when we enjoy our scanner – reptilian technology is far more advanced then here on Earth. The scanner, as I call it, is a very expensive piece of kit. It is a 4th dimensional, voice programmable, tool for pretty much anything. It passes over the body back and forth, and effects alterations, at cellular level, in mood or can physically stimulate and heal. Relaxation is easily achieved and a meditative state rapidly attained, but we most often use it to attain physically pleasurable sensations when we are merged.

Our first encounter was fittingly bizarre. Whilst relaxing in my small but sunny spare room – the one that has the comfiest settee. I heard several voices chattering – I have, for a long time been telepathic and receptive to other dimensional entities, so this did not unnerve me. This time, however was different. I heard a different resonance and the sensation akin to an elephant being in the room. A strong and powerful voice demanded, “Which one is it?”.

Why I assumed it was referring to me I don’t know, but I did. I was taken aback at this address and replied angrily “It… is a she, and she… has a name, and her name is Catherine.” The air froze, little did I know at that time, I had challenged a 9ft, extremely muscular and powerful warrior who was also a great Commander. A proud entity who could put end to me in short speed and did not hesitate to tell me this. “I could kill you in seconds.” He said.

I am feisty, and not one to back down easily (it was probably helpful that I could not physically see the enormous creature in front of me). I reacted quickly “Why don’t you then, do you think I would care after this, you would be doing me a favour!”. I was referring to events from the past few months that had, unknowingly, led up to this encounter.

“Move over or I will sit on you!” came the reply. I shifted quickly to the corner of the settee feeling the air change and heard the settee creek under Argo’s great astral weight. He had sat next to me. His air of authority and command was palpable but I felt him look at me and his mood softened. He said “You are different.”, my mood softened with his and I gently replied “Yes.”

We continued to communicate telepathically. He asked of my situation and what I had done to help myself. I stated that I had prayed to God for help. He said “There is no God.” This roused me and I replied “It is your choice not to believe but you must respect that I have choice also, and I choose to believe there is a God.” I expected a counter retort but he surprised me by agreeing. Already I was warming to this new visitor and I could hear other voices muttering to themselves.

“So, you don’t believe in God, you have horns, sharp teeth, a forked tongue and wings, but you say you are not a Demon!” I cried. His reply was soft, and lightened with amusement as he started to tell me about himself and his kind. He was highly intelligent, far more so than me, entertaining and articulate. When he had finished he said he would help me and asked if he could visit again. I said “Of course.”