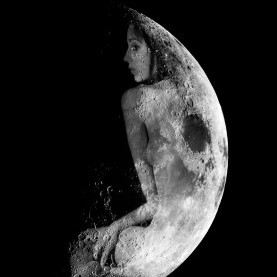 A high school graduate discovers she has super powers and a father who can travel through metal who has been protecting her until it was her time to learn to use her powers.

Clad in black from head to toe, a trio quietly slipped under the partially opened garage door of a large, brick townhome which sat at the top of a winding hill. A tranquil quiet rested on the newly gentrified streets of the Northwest Washington DC neighborhood. It was a typical Saturday night with cars lining both sides of the road, barely allowing space for the multiple driveways. Just blocks away, a seemingly contradictory scene explained the parking traffic.
Millennials formed lines into various nightclubs on U Street while music of all kinds trickled out from behind the doors of each club upon a new patron’s entry. While some were sober, most brought their buzz from home. Young women strutted arm-in-arm bursting with laughter as their stiletto and pump heels clicked across sidewalks. Young men watched expectantly as innumerable pairs of lean, thick, attractive limbs of all shades passed by.
It was Tiffani’s idea to leave Red Lounge to find something more exciting to get into. She’d sat through her biology study group that morning, and she wasn’t satisfied with going home to her room full of books and assignments.
“Okay this is lame! Lame! Lame!” Tiffani chirped while flipping her soft, brown curls back over her shoulders. Black nylon was fitted against her pale skin with a black, sequined vest on top of the bodysuit. Her rider boots were embellished with stainless steel chains which matched the slightly oversized chain around her neck.
“Okay Tiff … what’s your idea of not lame because everyone within a five mile radius of us is pretty much doing the same thing.” Arnold was the star point guard for the University of Maryland. He loved to party as much as the next person, but he had his eye on a young lady who, judging by her barely-there red dress, was ready for some post-party fun. “Besides, I’m not really trying to go out into the cold just yet.” He winked at the woman he swore was flirting with him with the way she rolled her hips toward him. He rolled his head in circles imitating her movements.
Tiffani ran her fingertip along the jawline of another man who stood close to her and saddened her eyes. “I just want to get some air and get out of here! I mean life is passing us by!”
“Ten minutes; you can have anything you want baby,” Matthew grinned. He wrapped an arm around her, and she began to finger one of his neatly twisted dread locks.
“Okay,” she said with a satisfied smile.
They passed the hour competing at knocking back shots while Arnold inconspicuously nibbled on the neck of his future hook-up in a corner of the lounge. Her red dress was pushed up slightly by Arnold’s knee resting lightly against her thigh.
“Stop sweetheart; I gotta go find my girls,” she whispered playfully.
“I think I need just one more taste,” Arnold said as he continued to nibble.
“Seriously, sweetie,” she pushed against his chest, but he bared down on her palms with his muscular build.
“You’ve been seducing me all night, now you wanna play games?” He began to turn red with frustration as she brushed past him.
“Clearly you feel entitled, must be an athlete thing,” she replied. Arnold reached for her wrist, but she snatched her hand away.
Without the alcohol, Arnold would’ve more readily taken no for an answer. He wasn’t short on women who wanted his attention, but tonight he meant to have her. After all, he reasoned, she teased me half of the night. As he went to grab her again, Matthew roughly snatched at his forearm.
“Bro, are you trying to catch a charge over?” Matthew laughed drunkenly.
“Yeah, he likes challenges,” Tiffani added. “Go head AJ, go get your girl. I ain bailing you out bro.”
“Let’s get out of here man,” Arnold grumbled as he watched the young lady disappear into the crowd.
Their drunken banter trickled out into the cold night air. They stumbled a few blocks attempting to stay huddled as they walked. Unconscious of the half hour that had elapsed, the trio stood in front of a single-family townhome. They took the opened garage door as an invitation to come in and warm up from the cold.
Backed into the garage was a silver Ford truck. Several closed cardboard boxes were stacked on a shelf behind the truck with a broom, dustpan and garden tools piled against the wall.
“Hey guys, umm this truck is like fresh. I’m trying to take a drive,” Tiffani slurred.
They laughed
Matthew picked up a pruning saw. “Let me try to open it for you.” He pushed the saw into the door with his loafer bottom, but it didn’t budge. Instead, the hood popped open, and a bright, blue light beamed out.
“What the hell?” Arnold stood back.
Matthew walked toward the light and peered under the hood. The smiling face of a man peered up at him. Matthew turned to run, but the man’s lips opened and sucked him up like a whirlwind leaving only the garden tool to fall to the ground. Tiffani’s screech was cut short as she too was pulled under the hood. Arnold rubbed his eyes and shook his head.
“Bruh, I must seriously be wasted,” he said to himself as his body shook violently.
“Seems you chose the wrong house, bruh,” a deep voice came from under the hood.
“Look man, I don’t know what’s happening, but I didn’t mean any harm. I was trying to get warm. I have a full scholarship to school. I play ball. I have a decent GPA. I … I …” Before Arnold could finish his sentence, he was sucked under the hood of the truck which fell closed with a loud thud.

“Nana?”
Monique’s low whisper came from behind the cracked open back door. It’s too early for this, she thought as she slowly pulled the door open the rest of the way with one hand and held her cellphone in the other, prepared to call the police. Clicking on the garage light, Monique walked down the four cold, cement steps on her tip toes involuntarily flexing her lean, caramel calf muscles.
It was a couple hours ahead of the time for Danita Jones to be home from her overnight shift at Holy Cross Hospital, but Monique hoped Nana decided to ditch her job early or worst case scenario, a raccoon had fallen from a shelf to create the noise which had awakened her. She slowly made her way around her truck, scanning below it in the process, and she saw fresh scratches running along the frame of the driver’s side door. A couple of feet away, she saw one of Nana’s gardening tools. How did that get there?
Monique returned the tool to the pile beside the broomstick and decided to call the police to be on the safe side. As she dialed, she saw what seemed to be a blue glow spilling out from under the hood of the truck. She darted inside the house to grab her car keys while giving a police dispatcher her address and proceeding to explain her predicament.
“I heard a bang, and it woke me up. I went to the garage, and my truck has some scratches on it. I just want to make sure everything is good,” she said.
“An officer will be there soon. Stay out of the garage in the meantime, and keep your doors and windows locked.
Ignoring the dispatcher, she quickly returned to the truck. Popping open the hood, Monique looked for where the blue light could’ve come from. She was met with car parts and the usual car fluid containers she cared little for as long as she got from point A to point B. I know what I saw. Monique hit the side of the truck a couple of times before giving up, shutting the hood in the process.
She returned up the four steps and closed the door behind her. Moments later an officer stood coolly in the frame of the front door scanning the living room.
“So, you say you heard something loud in your garage?” His chin tilted forward as he raised an eyebrow at Monique. She found his demeanor comforting. Clearly he spent plenty of time in the gym by the looks of his biceps. You can protect me any day officer.
“Yes the sound woke me up. I came down, and I found some things out of place and scratches on my door.”
“Is it through that door there?” He asked pointing at a white door just inside the kitchen.
“Yup.”
“Okay ma’am, I will go check it out. You can just have a seat in your living room; I’ll be right back.” Monique watched the officer walk out of the back door. I can’t just sit here. She stood up and quietly followed behind him.