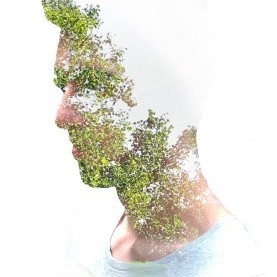 A seemingly never-ending investigation, and Keith's inability to let go of passed liaison, threatens a revival of old alliances, and even close friendships.

~~The Investigation
By LJ Writer

Keith sat up on the edge of the bed, raked his long fingers through his thick auburn hair and shook his head as he surveyed the Master. Something was seriously wrong. Jay shouldn’t be standing in the shadows in the corner of the room near the dresser, they‘d separated two years ago. As Jay stepped from the shadows, Keith squinted.

“How could you take it upon yourself to tell Dad about my doubt and hurt? It was so none of your business!”

“You don’t understand! I could see how much it was bothering you. I had to know why your dad was ignoring you. I guess I felt guilty . . . I don’t know.

“Yes, but Jay, I didn’t want your dad to think you loved me more than you loved him! He said it wasn’t the affair. Please, don’t go!”

“I can’t trust you anymore! You promised not to tell. I’m quitting your ass!”

With those words Jay was gone.

“Jay!” Keith opened his eyes, his face was wet from tears, again. He threw the covers away, and sat up, racking my fingers back through my hair as I dropped my legs over the edge of the mattress. This had to stop. This had to stop. He'd been doing it every night since Josh said he wanted to make their affair permanent.

“What’s wrong, Keith? Talk to me, please!” Josh begged, as he dropped his legs over the edge on the other side of the King-sized bed, and looked back over his shoulder at Keith shook his head. He knew how this would end. It was always the same. He turned on the small lamp on his bedside table and gazed at Keith. Keith could see the hurt in his brown/black eyes.

“Something's been eating at you since our liaison intensified,” he said. Maybe I should say since we came together again, but you didn’t start dreaming until three months ago! What’s wrong, Keith?”

“Just never mind!” He said. “The subject is closed to discussion. It’s just something I have to deal with.”

“I’ve been thinking, maybe it’s time to give this a rest. What’s eating at you has to do with that kid. He’s gone, Keith! Get over him! We have to talk! When and where is convenient for you?”

“Why can’t we just talk here?” Now?” Keith knew the question was moot, but he couldn’t talk, wouldn't tale was more like it. It's was really bad when one letter becomes a major stumbling block, but that just had happened. Josh interrupted his thoughts.

Josh’s bluntness took Keith by surprise. He was referring to him and he knew it, or did he mean both of them?

“Don’t speak! Just listen! We can’t talk here! You won’ talk now! You’re not over that kid! And Jayson Martains is no longer a kid! When and where can we talk?”

“How about this evening at four o’clock? The Hut. South end of Glenn Valley.”

Keith heard the shower come on, and within seconds he could smell the fragrance of Josh's body soap as it mingled with the steam that wafted in from the bathroom. He almost went in to tell him . . . almost.

Josh was dressed, and downstairs within minutes. The pleasing fragrant aroma of Hazelnut coffee floated upstairs on the air. Fifteen or twenty minutes later . . . thud! That had to be an empty mug. Josh stomped into the foyer. He was angry and hurt. Bang! The closed firmly and several seconds later the security system reset. Josh was gone.

His Mazda idled for a few seconds in the driveway. Keith wanted so much to call him back and tell him everything . . . but he waited too long. Vroom!

These tears had nothing to do with the dream. Well, at least not directly. He and Josh were closer in many ways than he and Jay ever would be. Keith was playing with fire, and he knew it, but he didn’t know how to stop the burn. Josh was right. Most nights he just dove around Middletown for an hour or so, and then he went home to his penthouse. Keith had followed him more than once, several times. Josh knew it too. Maybe he’d even go to their secret place in the Woods north of the city, but Keith doubted it. He stared into the mirror. His mother always said his eyes spoke louder than his words.

But Josh had given her words a poet slant. “Crave, your eyes are like two ocean inlets, they are so beautiful, and your long lashes just add definition. Keith tied the red satin sash around his midsection before he realized that the blue robe wasn’t. Of course he’s coming back, Fool! He’ll pack his things tomorrow while you’re in school. Did He really want to lose this man’s friendship?

God He missed him.

Later, in the kitchen, Keith drank the last of his coffee, set Josh’s blue mug atop the Island counter and walked back down the west hall to the music room. The piano sat atop a faux fur area rug beneath the small chandelier. He sat down and began to play--Love Hurts—one of his favorite compositions by Yiruma.

He lingered on the precipice between somewhere and nowhere. Tears streaming down his face as he tried to hold it together long enough to focus on his confrontation with Josh at The Hut later that day. He’d almost told Josh the truth about Jay tonight. He could see the hurt in Josh’s dark eyes and hear it in his voice after he shut him down. Yet Again.

He had no right to ask, or even expect Josh to understand. It wasn’t that he couldn’t accept the truth; he just refused to do so. He heard Jay laughter. He wasn’t in the room of course, but Keith still heard gentle laughter from the recliner across the room. His mind was playing tricks again.

“Keith, you’re such a fool! You should’ve told Josh about me. It might have made a difference. He’s really hurting, you know?”

“I know, but this isn’t his problem. I haven’t even told Mike Tainer everything.”

“Maybe not, but Josh is different and you know it! At some point you’re going to have to accept the inevitable, Keith. I don’t have long to live.”

“I just can’t tell Josh that. It’s my problem and I have to deal with it in my own way.”

The break-up had so little to do with either age or school. And so much to do with the relapse of Jay’s childhood illness—he’d responded well to advanced treatment for Leukemia—but the inevitable relapse had finally come. Keith knew it too. He was obsessed with every detail of Jay’s health and well-being.

Jay had told him in confidence, that he was afraid his father was ashamed of him because he was gay. Keith broke that confidence and took it upon himself to tell Matt Martains that Jay thought he was ashamed of him. The resulting argument was inevitable. Jay went home that same night. They didn’t speak to each other again until the night Cravens’ Place Manor rather explosively departed this dimension.

Jay had a girl hanging on his arm that night, which was a source of mild annoyance to Keith. When they talked later, however, Keith discovered that Annie Morgan was merely a person of interest. Jay hadn’t even confided his deepest secrets to her. This damn investigation was hard on Keith, but he knew that in many ways, it was much harder on Jay, and even more so on Josh. Although Keith knew suicide wasn’t Jay’s way, he entertained a morbid fear that Jay would just give-up and stop taking his meds.

Josh entered his penthouse, threw his leather jacket on the chair and stalked through the great room on the way to his Master suite, there were two in the penthouse. He wasn’t sure what he was expecting from Keith this time, but he’d hoped Keith wouldn’t shut him down again. He just driven around Middletown for a couple of hours. He looked at his watch again, 3:00 a.m. again. He combed his long fingers through his thick light blond hair. While his decision hurt like hell, it felt good to be taking action.

“Damn, if only he’d told me something, anything. What was it about Jay Martains that Keith was hiding? It has to be more than a simple break. What’s he hiding?” He said aloud as he entered the Master.

He stripped down, and went into the bathroom.