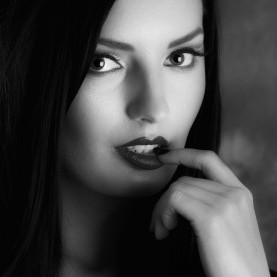 Story about a woman's chance encounter with a teenage boy who sparks something in her that she has been looking for.

Sebastian sat on the sick bay bed, he pinched his nose and blew out, and then he sipped on some of the water from the glass on the stand next to him. Then he gulped it back quickly to see if that would help.

Margot walked past the door and glanced in quickly. Then she stopped in the corridor, turned and came back. She sat next to Sebastian on the bed.
“What's wrong?” she inquired.
“I have an ear ache. I think it might be infected. It feels pretty bad.”
“Oh no” she soothed “You poor thing, that's so odd. Usually only babies get ear infections.”
“Yeah” he agreed “I guess it must be from swimming or something.”


She moved closer to him, slid her hand onto his back and started to rub it up and down.
“You poor thing” she insisted again. He looked at her with relief, as if he had been waiting a long time for her to do that. There were a few moments of silence as they looked at each other.
“Lie down with me” he said suddenly.
She looked away quickly, jerking her hand back.
“I'm sorry I touched you.” She slid forward off the bed and took a step away. He caught her hand. She turned back toward him and lunged at him, pushing him backward on the bed and lying on top of him, kissing at his mouth. He wrapped his arm around her, squeezing her, and touched her cheek with his other hand.

He was wearing a salmon coloured t-shirt, which she tugged off over his head, and blue jeans, because seventh formers did not have to wear uniform. The shirt fell to the floor and she placed her hands on his chest. Margot wore a white blouse tucked into her dark blue skirt; following her lead he unbuttoned her blouse and pulled it back off her arms, throwing it to the foot of the bed.

Just at that moment the sick bay nurse walked into the room followed by Sebastian's father who was a maths teacher at the school. When the nurse saw them laying on the bed them she gasped and ran from the room. Sebastian saw them over Margot's shoulder and whispered to her. She quickly slid down behind the bed without turning around.

“What’s going on? Who is that?” his father yelled. He moved forward but Sebastian jumped off the bed and pushed him back.
“No dad, she's got no top on. You can't look at her. It's not fair.” His father stopped and moved back.
“The nurse came to get me and said you were sick. I see that you are not.”
“I am. I have an ear ache.” His dad looked at him doubtfully.
Margot crawled behind an open cupboard door with medicines and bandages bulging off the shelves. She stood up behind the protection of the door and tried to construct a plan.
“Who is she?” The father demanded again “I need to call her parents. Give her shirt to her so she can come out.”
Sebastian leaned over and grabbed her blouse, and then threw it to her. He watched her, grinning, as she fumbled to get it on.
“Oi” his father yelled “look over here son.” He waved his hand in the air and his brow tightened. “Lunchtime detention for a week, and you're grounded. Come home right after school and we will talk about this then.”
“I can't today dad.” He reached down and grabbed his own shirt off the floor and started to put it back on. “I have guitar practice.”
“No” said his father.
“But it's not fair on the teacher. She waits to meet me.”
“Ok” his father agreed “Just the guitar lesson, and then you come straight home.”
“Yes dad.”
“I am going to meet you at the gate after school to make sure you talk to no one but her.”
“Sure” agreed Sebastian.

As this conversation was going on Margot had safely redressed and now darted from behind the cupboard and out the door, running down the corridor before Sebastian's father could see her properly.

After school Sebastian met his father at the gate. His guitar teacher approached, smiling warmly.
“Hello Miss Baker” said his father.
“Hello Mr Davis.”
“Now, Miss Baker this afternoon I caught Sebastian with a girl. I...”
“Really?” interrupted Miss Baker “Which one?”
“I don't know. I didn't get a proper look at her.”
“Oh that's too bad” she looked straight at Sebastian “These high school girls really are trouble.”
“I know. That's why I must insist that you keep an eye on Sebastian. He is not allowed to talk to any girls, and he must come home right after the lesson.”
“Of course Mr Davis. I will keep an eye on him. I can even drop him home after if you like?”
“Oh yes, that would be wonderful thank you.”
“My pleasure. I would hate to see him corrupted by a schoolgirl.”


Mr Davis pulled out his wallet. “How much do I owe you?”
“The lesson is twenty dollars.”
He peeled off two twenty dollar notes and handed them to her. “I'll pay for next week as well.”
She smiled at him, folded the notes and placed them in her skirt pocket. Then she led Sebastian down the corridor. When they had turned the corner out of sight of his father he leaned close and whispered “So what are you going to teach me today?”

They entered her small studio and she said “You can leave your guitar here.” He set down his case and started pawing at her, grabbing her arms and kissing her throat. She gently pushed him away.

They left the room and she locked the door behind them. She led him out past the swimming pool and into the small forest that bordered the school. They walked until she felt it was deep enough, and they yelled a few 'Hellos'. When she was satisfied they were alone she pushed him up against a tree and brought her face close to his and stared deeply into his passive jungle green eyes. He placed his hands on her hips and pulled them in. Then she kissed him aggressively. He twisted her long dark hair out if its bun.

“Sebastian is such a teenage name” she complained.
He laughed. “Well, you could call me Robert, or Shane if you like?”
“What is your middle name?”
“Matthew.”
“Matthew, oh no. That's terrible.”
He laughed again.
“I will call you Davis” she decided.
“Yes Miss Baker” he replied.

An hour later they walked out of the forest and the school was completely deserted. They retrieved his guitar and she led him to her car. She drove him home, which was only two minutes from the school. As she parked in his drive he took her hand and said “You know you don't have to worry about those school girls. I won't go near them.”
“Good” she smiled.

Sebastian ran inside and Margot watched after him. She could see his father in the window and she waved out. He smiled and waved back; a silent agreement between them to watch out for the boy.