The Girl (Book I in The Sanctum Trilogy) 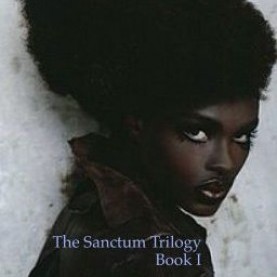 The Girl (Book I in The Sanctum Trilogy)

In THE GIRL, readers are introduced to the world of The Sanctum, one corrupted by greed and savagery and hellbent on achieving a single goal: destroying the prophesied hybrid. When Wyatt Clayworth, one of its most celebrated warriors, questions his kill mission and ultimately his allegiances, age-old secrets are unveiled and violence erupts. Set against the backdrop of New York City, THE GIRL is “outstanding, original, complex, deep and intoxicating”, a “well written, unique…fast-paced read” that begins as one girl’s simple quest for revenge and evolves into a complicated tale of trust, friendship, honor and love.

She was brutal in her demand to be acquiesced to, respected, and loved in that sweat-laden way only New Yorkers understood. For they knew Summer was fleeting; blink and she would be gone. So while she made her appearance, no matter the unbearable heat or the soup-like humidity, Summer was treated with fanfare and gusto, adoration and reverance. People sunbathed on rooftops and barbecued in tiny backyards, small, urban oases, coveted by those lucky enough to own them.

For all their bitching and moaning, New Yorkers loved summer. The city breathed again, winter’s hibernation quickly forgotten and everyone wanting to be outdoors. Sidewalks overflowed with tables of chatting diners, bike paths came to life, people smiled. And thrown into the mix of throbbing humanity were, for all practical purposes, two boys

scouring Central Park, not for a girlfriend’s lost necklace or a missing pet as some might expect, but a demon.

A particularly deadly demon to be precise.

“I think you’re jealous of how I handled those girls last night,” Ryker grinned, “you probably keep asking yourself, how the hell does he do that?”

Wyatt hinted at a smile as he searched the perimeter of the ninth quadrant of the park.

“Your intuition is uncanny.”

He retraced his steps to where he parted ways with Ryker and waited, watching his friend run through his inspection with a complete lack of care or concern.

“Stop watching me like that. You see me every day. You should be used to all of this by now,” he laughed.

Ryker Morrison was blindingly perfect, all six foot five inches of him. The saying "tall, dark and handsome" was likely coined with Ryker in mind. His brown skin appeared perpetually sun-kissed, his dark hair always perfectly cropped and lined up, despite Wyatt having never seen him enter a barber shop, and Ryker's body was a work of wonder, something akin to Michelangelo's David. Which was such a cliché when describing the perfect male specimen, but in Ryker's case it was fitting. It could be quite jarring standing next to the guy, and a lesser man would probably cringe at the task, but Wyatt was not fazed.

“Shut up, Ry, and at least pretend to care about this inspection.” Wyatt moved onto the next quadrant and continued his work.

“Don’t start,” Wyatt warned, “I’ve heard it a million times, and it makes no difference. We have to do this. At least until they catch this hybrid.”

“Newsflash Clayworth: there are no deadly, hybrid demons relaxing in the park in the middle of the day,” Ryker growled to himself, knowing full well Wyatt would ignore him and continue his sweep of the quadrant.

That was Wyatt Clayworth though, always doing what was expected of him, following the rules set forth by The Sanctum to a tee. If they said jump, Wyatt would jump. And then he would roll over just for good measure.

“Stop staring at my ass, Ryker, and finish the sweep,” Wyatt commanded, only half-joking.

Wyatt knew Ryker was studying him right now. Despite being the closest of friends, practically brothers, they could not be more different when it came to handling authority, especially that of The Sanctum. For every rule and writ Wyatt obeyed, Ryker either worked around it or just flat out broke it. Ryker could not accept that The Sanctum ruled their lives. Wyatt only knew The Sanctum.

“You are aware you’re a Clayworth, right? A member of one of the founding families of The Sanctum, the bloodline that has consistently produced the most fearsome Class A Sanctum warriors and ablest leaders,” Ryker imitated the voice of the most powerful member of The Sanctum, Carter Breslin. “Did you forget your parents run our Academy? Which means we really don’t have to do this. Everyone knows this is a crap assignment.”

Ryker finished walking the perimeter of his last quadrant, not paying attention to a thing, just doing so to appease Wyatt.

“Despite what you think, not every Sanctum decision revolves around driving Ryker Morrison to the brink of madness,” Wyatt finished his sweep and started throwing his equipment into his backpack, “and for the record, it wouldn’t make a difference who runs the Academy, I would still handle my assignments with the level of seriousness they deserve.”

Ryker rolled his eyes as he strapped his long-blades to his back then cleaned his knives on the leg of his jeans. “I know, man. Trust me, I know.”

Ryker and Wyatt had known each other since they were ten years old. It was around that time The Sanctum passed a new edict, requiring every boy and girl of at least ten years of age to begin their training within the confines of their local Academy. That meant Ryker began training in the New York Academy, run by the Clayworth family since the creation of The Sanctum, currently led by Wyatt’s parents, Sam and Josiah Clayworth. Ryker’s parents pulled him out of his Brooklyn public school and shipped him off to Manhattan to fulfill his duty. He came from a long line of Sanctum warriors, the best in fact, Class A, and his parents were going to make sure Ryker continued the Morrison family tradition, no matter how much he rebelled against it.

The boys were paired together from day one at The Academy and immediately fell into step with one another. Ryker was the bluster and brag to Wyatt’s quiet and reserve. Both impressed their teachers and quickly rose through the ranks of the training Academy, becoming so close they could finish one another’s thoughts and more importantly, have each other’s backs in the thick of battle. When they fought, it was a thing of beauty. One boy could sense the other’s movements and counterattack without even a look, making it nearly impossible to defend their onslaught.

Their value as warriors, coupled with their impeccable lineage, allowed many in The Sanctum to overlook some of the duo’s less-appealing attributes: the girls, the fights, the drinking, the disobedience, the inability to stay away from the random, gorgeous Magical. All Ryker’s vices but Wyatt would never let him take the blame alone, he would never let Sanctum authority punish his friend. Wyatt always made certain the boys fulfilled their duties with a capability and professionalism any fellow warrior would kill to claim, everything else was just white noise.