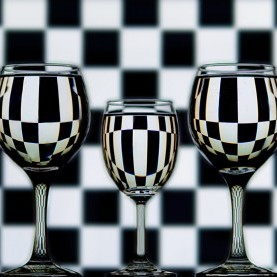 A man, questionably, gives a speech to a hall full of American voters.