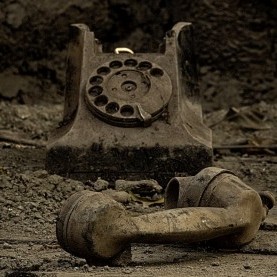 Letters to Houston is a novel set in the year 2021, it follows Peter Lim as he fights a never-ending war on both fronts; against his country's enemy and his heart.

I made an origami crane for you. You wanted the crane from Tokyo remember?
I wanted to get you something more but the shops these days are kind of
lacking. Anyway, today’s the day. My mum says they’ll let me write so I guess we’ll still
have that. I’ll be in touch soon.

He told me to leave my things on the bed, the navy blue sheets were lined with dust and specks of cigarette ash. I walked past one, two, three, four beds before reaching mine. Blue wasn’t my favourite colour but I guess I would have to make do. There was an old and rusty steel cabinet beside my sorry excuse of a bed. Inside the cabinet there were ten olive green clothes hangers arranged neatly on the left of the clothes rack. Hidden in the shadowy corners was a toothbrush with bristles missing and a dead cockroach. I decided to use my own toothbrush instead.

I gently removed a blue sweater from my brown knapsack, shaking off the dust and hanging it up in the cabinet with great care. A thud on my left. I turn to see him throwing two sets of uniform on my bed, a cloud of dust exploding from my sheets. I want to thank him but he’s done more harm than good. He’s gotten my new uniform all covered in grime and dust, now I’ll have to waste time cleaning it and I don’t like wasting time. I looked out the louvre windows to the right of my bed, the sun beating down on the poor souls outside. Soon I would join them.

“You new here, eh?” the fat one to my left said. He looked like the sort of person with a lifetime supply of Cadbury Crème Eggs and Mountain Dew. He probably got them free too because he definitely couldn’t afford it. His pants were two sizes too small for him and his shirt was three sizes larger than it should have been, he reminded me of the pig I saw dressed up at the carnival last year; then again the pig did look better.

“Yessir, name’s Peter,” I mumbled while folding my clothes and placing them neatly on the shelves.

“Just stick close to me and Pat over there, we’ll keep you out of trouble.” Pig pointed at a man as thin as bamboo sitting near the door. He reminded me of Stephanie’s sister when she was anorexic. I saw her a few times when I was over at her house. I thought she had cancer at first. I was young then. Stephanie laughed at me when I told her later on. It reminded me of the time I thought the tooth fairy was real; I felt really silly then.

“Will do,” I said, whilst flashing him the fakest smile I could muster. I finished unpacking and sat down gently on my bed, trying my best not to send the dust flying. He walked in five minutes later as I was stretching out across the smallish bed frame, my feet sticking out across the foot of the bed uncomfortably. He mouthed something indecipherable, I wasn’t paying attention. My mind wandered to the rainy afternoon at our bus stop where we sat side by side, watching the cascading pellets of water hit the concrete path. We didn’t need to say a word that afternoon, sitting beside her with our fingers ever so slightly interlocked it was almost like the rain was speaking for us. I remembered her long flowing black hair dotted with spots of water swaying as the wind brushed against us.

“Oi Newbie, we’re going to be late, fuckin move your ass” Pig called out whilst shoving one of his trotters into his pair of boots. I looked around at the sudden chaos in the room, men stripping down to their undies without a care in the world. The speed at which Pig was buttoning his overly tight uniform and tying his laces made me doubt his actual physical fitness. I slipped into the pixelised camo green top. It felt strange against my skin scratching slightly. The uniform smelt worse than it felt. It reminded me of when I opened my first package from Amazon or ASOS, the smell of wet cardboard and dusty plastic wrappings – not pleasant.

He lined us up outside our bunk, counting our bald heads with his fingers and shouting our names far too loudly then he should have. We stood at attention, our fists clenched and our arms at our sides. The other recruits looked at me from the other bunks on the second and third floors, their judging looks bearing down upon me because I was “fresh meat”. I tried to block out the sounds around me, slippers slapping along the corridors, men whistling at each other across the courtyard. I wanted to be somewhere else, but my feet would not budge, I stood at attention in front of this man I barely knew. I could feel a bead of sweat running down the back of my neck as the sun beat down on my head, my knuckles were clenched far too tightly and my feet were slightly moist. He made us move like clockwork soldiers strung up on strings, to a rhythm which easily stuck in our heads. I soon lost control of my arms and legs, they were moving by themselves to the tune of this puppeteer.

“ME02.” That’s what the puppeteer called us, a bunch of rag tag men skilled in first aid and the most basic knowledge of medicine. We even had our own table at the mess hall. It had a giant red cross plastered across it. It was nicely laminated so that when Pig stuffed his face with his eight pieces of toast and jam in the morning, the cross wouldn’t get covered in stains and crumbs. The table was lined with long benches and we were forced to sit in a certain order every meal, like children’s tea parties except we were the dolls. Food in camp was always terrible. The meat was either raw or overcooked (often the latter). The rice was pasty and sticky, like Japanese rice but softer and mealy almost resembling a starchy paste.

Stephanie had a theory about food, “A man is what he eats. If a man eats bread for a lifetime, he’s either really poor or has very bad taste in food.” She told me about it once when we were camping at the beach over summer break.

“What if he’s a baker’s son?” I asked as I cut into the fish we had just cooked, gently removing the spine and bones. I portioned out the salmon carefully as we sat in front of the embers of a once crackling fire, the waves lapping near our feet and the salty sea breeze blowing through our hair.

“Baker’s don’t eat bread all day, they eat other things like cheese and ham too!” she protested.

“I wouldn’t mind eating just bread for a week or two.” I said as I handed her a makeshift plate of salmon on banana leaves.

“If it was really good bread, y’know like the ones we have near our house?”

“The place which does the focaccia you bought for Christmas?” she said while picking at her fish with her fingers. The fish flaked apart ever so gently as she poked at it with her index finger. Warm steam engulfed her peach coloured face as she nibbled at her food with great care. She had poise beyond compare.

“Yeah, they do really good pies too. Reminds me of the ones your sister used to make.”

“We shouldn’t talk about her.” She said, placing her food on the sand and looking out into the distance. I could sense her pulling away from me slightly as she said that. Her body stiffening and her lithe arms folding around her chest.

“Right. I don’t know what came over me,” I said as I reached out for her hand. Before I could offer her any form of comfort she stood up and walked towards the sea in silence. Her straight black hair blew in the breeze as she ambled aimlessly along in search of something she knew she couldn’t find.