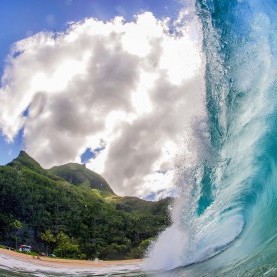 While Celeste has died, and even though she leaves behind a husband, friends, and family she loves, she realizes and chronicles all that is waiting for us in the afterlife, as well as what we should be doing presently to avoid hiccups in the future up amongst the clouds.

He just has to take the purse and get into his car. Then, he can sit in the car and lose it. Dean just finished talking to the doctor that tried to save his wife’s life.

The doctor wished Dean well and hands him his wife’s purse. He gave Dean a lot of information to process at once, along with some pamphlets, and now Dean just has to walk to his car and then he can lose it. He just lost his wife a few months before their ten year wedding anniversary.

The hallway is long to the automatic doors. He passes by the waiting room he sat in, hopeful then devastated. The hallway is lined with eggshell walls, cheap floors, and fluorescent lights. There is a lot of beeping going on around him, a lot of conversations, but he drowns them all out and focuses on leaving the hospital and getting to his car.

He keeps one foot in front of the other and a firm handle on the body of the purse. The automatic doors are getting closer.

Celeste died in a car accident today. Dean texted her around lunch and told her to have fun. That was their last conversation. Now he has to go pick out what she will be buried in. The funeral home will call him tomorrow for him to bring it to them. Knowing her love for clothes, Dean knows that this will be a very important decision. He gets to the automatic doors and they open. He turns to his side to get through them faster. He is outside now and just has to find his car and then he can lose it. He cuts through the rows of cars to get to his black Explorer. He spots it in the next row and gets his keys out as he speeds up his walk. He opens the door, sits down and shuts it. He puts her purse on her old seat. He loses it.

He gives out those cries that are noisy, the cries where it’s hard to breathe, the cries that are filled with pain. He takes almost twenty minutes to fall apart. He’s not even thinking at this point about her. He just feels a sense of misery unlike ever before. When the tears stop falling, he starts his car. He has a lot of people’s day to ruin when he gets home.

Dean drives to his home as an invisible fog heavies the day. He arrives home to complete silence. He stands in their foyer with the purse. The silence of coming home alone is eerie and sobering. The dog wakes up to greet him and he has to collapse to the ground to rub his ears and tears start to flow. He knows the dog will want to know where she is later tonight. He goes and sits on their couch in his spot and dumps out her purse on the coffee table. Dean takes a breath to wonder who to call first. Obviously her family, her parents, and then sisters, and then Deidre. Dean looks over to the kitchen and sees a bottle of Johnny Walker Blue sitting by the wine. He pours himself a glass and sits back down to make the calls.

Hearing her mother gasp for air over the phone is debilitating for Dean. He knows that he has to be strong here, that he has to be comforting. He starts to get into a pattern, a detached script, in order to break the awful news. He has to or he won’t be able to get the words out.

Celeste was in a car accident today and rammed a huge tree head on. She most likely died at the scene. She wasn’t in any pain. The doctor said everything happened so fast that she didn’t realize what happened. She probably swerved to avoid a car, or a person, or an animal right outside of our neighborhood getting onto the highway.

Dean realizes that it’s easier not to say her name. As long as he can get the words out, people weep and tell him how sorry they are, that he is to let them know what he needs. He politely hangs up with them one by one and has a sip of scotch.

He gets through most of her friends when he decides he has done enough for now. He texts Deidre who he has called and asked her to make some more calls tomorrow. She sends a text back with her number for Dean to put in his phone. Dean realizes seeing a text from Celeste might have been in poor taste. He takes a sip of scotch and actually grins. Celeste found humor in everything, and would probably have giggled at the thought of sending inappropriate texts when somebody passes. Then the gravity of the situation hits him again. She really is gone. The mourning tears fill up his eyes.

Dean glances at the pamphlets the doctor gave him. He gave him a donor thank you card, even though he didn’t think any of “her organs were salvageable.” He shoved the thank you card in Dean’s hand because I think the doctor recognized the look of shock on Dean’s face when he said that. Dean didn’t need to know that his wife was in that bad of state. There are two pamphlets on grief, then he sees one on telling family members. He should have read that before those phone calls. He reads one on funeral arrangements and how to decide what to do with the remains. He pauses and takes another sip of scotch and stares into the fog and silence.

Questions start to come up in his brain. Did she know how much he loved her? What does he do with all her stuff? What would he have told her if he could have said goodbye? What if the dog starts to be depressed? How does he decide what to put her in?

By this time, it’s almost midnight. Dean thinks about going to sleep, but the thought of going up to their bedroom is overwhelming. He takes one more sip of his watered down scotch, grabs a blanket, and lays down on the couch.

He wakes up at four a.m. The house is dark and quiet. The dog is sleeping parallel to the couch. Dean wakes up and lets her out to go to the bathroom. Dean looks around the kitchen and sees Celeste’s water bottle sitting on the counter with the lid flipped up, lipstick on the straw. He stares at it for what seems like five minutes. He goes and drinks the rest of the water out of the bottle and puts it in the recycle bin. Dean lets the dog in and goes upstairs to begin going through the closet. The doctor said the funeral home was going to call today and would want the outfit. A quote from a book Celeste loved, Mercy, came up: “How could you go about choosing something that would hold the half of your heart you had to bury?” He cannot remember so many of their conversations, including their last one which was so superficial about the best tasting Blizzard at Dairy Queen, but somehow this quote comes back into his head. He is tired and now going a little bit out of his head, supposedly.

He walks up the stairs in the dark. The dog goes back to sleep downstairs. Dean reaches their room and flips the light on. The bed is made and the room is nice and neat. He heads into the meticulous closet. There, Celeste had arranged her clothes by colors, with the exceptions of her dresses. Her dresses were front and to the left of the closet. She loved dresses the most, so even though it’s cold outside, Dean decides on a dress. He doesn’t think she will be cold.

He skims through the dresses. He sees a polka dot one that she loved. He remembers her wearing it on a cruise they took six months ago. It is black and white polka dots and sleeveless. He keeps going down the memory lane of dresses. He can remember vaguely her wearing them all, but is crushed when he can’t remember actual occasions. Dean knows that a lot of these dresses were tied to important events in their life together. He wishes he could remember everything, every detail, because no more are coming. He brushes his hand and touches every single one. He comes across one that feels a little rough, then he realizes his hand hit a tag. This dress she had never worn. He pulls on the hanger and takes it out of the closet. Celeste never got to wear this dress. Dean will make sure she gets a chance. His work is done for the day. He reaches for one of her pillows and takes in a deep breath. He detects her smell every so slightly. He hugs the pillow and falls asleep.