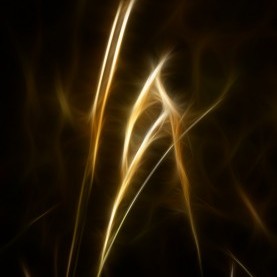 Domestic abuse is driven by a desperate need for power within the home sphere, for those who feel powerless outside. Nonetheless, such an unjust drive for power always results in complete powerlessness.

Blood covered his knuckles as he stood erect over the decrepit creature lying before him on the cold, tile floor. His malignant smile lit up the shoddy kitchen in a blazing red glow. Gasping for breath, either due to his impudent excitement or his exhaustion, Sid Flippelli took a moment to gather his thoughts so that his next act could surpass the last in horridness.

With the stench of whiskey stained upon his lips, Sid ferociously hollered, “What a wife you are!? Crawling on the floor…like a…like a cockroach! But the cockroaches must lie in the filth…they thrive on it! So, I hope you know your place.” Smirking with ecstasy, as if he had delivered a diamond into her ears, Sid paused a moment to inspect the expected awe in her eyes. However, Rachel’s eyes were forever entrapped with a tenderness that made others feel as if she understood and accepted them. Sid loathed her eyes. He felt as if the two glass marbles penetrated his soul, overwhelming Sid with shame whenever he dared to peek at their reflection. Smoking with rage, Sid delivered a blow to his wife in order to flood fear into her eyes. Rachel fell backwards and her soft head smashed against the hard floor. Still, as if to show her perseverance, her eyes remained fixed on his with that steadfast stare of tender love. Seeing this as an act of defiance, Sid raised his hand again and growled, “Bitch!”

Suddenly, little Theodore burst out, “Please stop hurting mommy!” as he came rushing from his bedroom. Tears burned like acid in his eyes, but Theodore stood strong in opposition to his father, in spite of Theodore’s knowledge of the axiom on which the family stands: if there is one thing Sid will not put up with, it is opposition.

Stunned by his son’s dissidence, Sid became as inspired as Da Vinci was when he painted the Moan Lisa. Sid grabbed his son and tossed him against the wall and ordered, “Sit put and watch how a man is supposed to act. A man doesn’t beg…He makes others beg until he is looked upon as their savior. So watch your savior at work!”

A big grin curled up on Sid’s face as he turned towards Rachel menacingly. Striking down upon her face with a thunderous slap, Sid stood pleased on his pedestal. Tears rolled down Rachel’s face as little Theodore shook in the corner with his eyes closed tight. While Sid demanded, “Open your eyes and watch, boy!” Rachel turned her face, exposing her other cheek to Sid’s wrath, as if inviting him to strike again.

Bewildered, Sid’s smile faded into the recesses of his face, revealing an expansive myriad of wrinkles around his gaping mouth. The room was taken hostage by an obscure quietness that even the crickets seemed to obey. The stillness of the surroundings instantly broke with the tired sobs of the old man who has met his match.

Theodore’s half-closed eyes slowly transformed into the wide eyes of a lemur, as he was taken aback by this unexpected development. Never before had he seen his father cry. Over the course of his life, whenever Theodore reminisced over the drops of despair falling from his wimping father, he shivered with fear. Abashed with the irony of the situation, Sid hid his face between his sweaty palms as the leaky faucet dripped uncontrollably. Peering from in-between his sausage-like fingers, Sid saw the image of his surprised son that haunted his weary mind until the day he died.

Thoughts scurried in and out of Sid’s head in a chaotic desperation to absolve himself of such weakness. Sid grasped one of the ideas haphazardly and set on fulfilling the plan. Promptly, Sid began pounding Rachel into the ground. Barrage after barrage of indiscriminate brutality fell upon the affectionate creature below him.

After the play was given the final act, Sid stumbled towards his bedroom mixed up in shame and pride while Rachel lay helpless in a twitching heap of misery. As soon as Sid gave his exeunt, little Theodore hurried towards the red mess that used to be his mother. Upon reaching his loved one, Theodore observed the once resilient light leaving Rachel’s countenance. The emptiness in her eyes chilled his bones. Theodore stared at the floor and avowed, “We may be on the floor, but one day…one day father will get so tall he will hit the ceiling!”