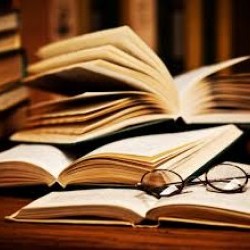 The day's world with bare facts, as seen from a better view; through the life of a balloon.