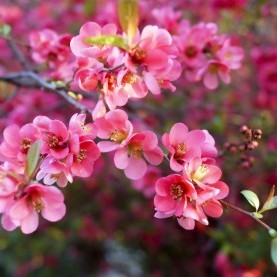 Angelica lived a life that never changed. One day a phone call changed her life forever.

The day started off like any other day. But she soon realized that it wasn't going to be a normal day at all. It was going to be a day that was going to change her life forever. Whether it was a good change or a bad change was all up to a total stranger.

Angelica had a life that was pretty much the same thing every day. Kind of like the movie Groundhog Day. And yes it was so repetitive that there were days when she would be more than happy to get in her car and drive off a cliff. But she never actually did, though the thought was always there in the back of her mind.

About the only thing that ever changed in Angelica's life was her ringtone. Right now it would be the theme song to Dr. Who. Sounds cool doesn't it? Not when you are fast asleep though and the phone starts ringing. You have a very hard time knowing whether you are dreaming of hanging out with the doctor, or you actually need to wake up and answer your phone. Yes this has happened to Angelica more than once. And it always seems to be the phone ringing, not an adventure with David Tennant. Damn!

When Angelica finally answered her phone, she realized that it was a call from an attorney letting her know that she was to inherit a large sum of money from her deceased father. How was that happening? Her father had been dead for nearly two years. And as far as Angelica knew, the floozy that married him had long since spent every dime he had, and had sold all of his possessions worth anything. So how was she receiving an inhertiance now?

This was just too weird. Maybe she was still dreaming and this was the doctor playing tricks on her or something. Angelica just couldn't believe what she was hearing. After all of this time,why now? If it sounds too good to be true, then it probably is. That's the thought that was going through Angelica's head.

A time and place was agreed upon to meet to discuss all of the legalities of her inheritance. She was so nervous she couldn't sit still. What exactly was she going to inherit? Knowing Angelica's luck, it was probably a butt load of bills that her father's wife managed to wiggle her way out of. Lord knows there had been lots of calls like that in the early months after her father's death. What would she do, if this turned out to be another one of those situations?

Angelica was to meet the attorney the next day at the conference room at her local bank. That had her scared to death. All she kept thinking was that the lawyer was going to expect her to cut him a check for her father's debts. And she knew there was no way that could happen. Or maybe the lawyer thought she could get a loan from her bank to pay off these debts. Angelica thought that was highly improbable too.

The attorney was already set up at the conference table when Angelica walked into the bank. She was sweating bullets. She didn't think she had been this nervous since she took a pregnancy test. But at least with that situation she knew the answer was going to be yes or no. Today with this attorney, she had no clue what the result was going to be.

The attorney stood up when Angelica walked in the door and introduced himself as Mr. Bernard Black. This didn't help to calm her nerves one bit since he had the same first name as her father. But he greeted her with a smile and a hearty handshake. So maybe everything was going to turn out ok after all.

Mr. Black proceeded to tell Angelica that there had been an insurance policy taken out by her father many years ago, when she was just a little girl. And she was the sole beneficiary on this policy. She had a hard time believing that her father had continually paid on this policy all of these years. But it was apparently a low amount, monthly auto withdrawl, so the chances are, he just forgot what it was and kept deducting it.

The first question Angelica had was why had it taken two years for her to be contacted about this. Apparently it was a matter of tracking her down. Her father's wife was absolutely no help at all. She tried her best to fight the attorney so she could get the life insurance money instead of Angelica. Because even though she got all of the money Angelica's father had when he died plus all of his possessions, that wasn't enough for the wife. She wanted it all. But this was one time when she wasn't going to get everything she wanted. Mr. Black had made sure of that.

Mr. Black had tried contacting Angelica's uncle in order to find her. This took him a while as well because the uncle thought he was entitled to this insurance money. Apparently no one thought Angelica was worthy of anything when it came to her father. But once the uncle finally saw there was nothing he could legally do to get his hands on the money, he finally told Mr. Black how to find her.

Angelica was so very grateful that Mr. Black had worked so hard to find her and help her get what was rightfully hers. Many strangers wouldn't do that for someone. You see her own family wasn't even willing to. That was so sad, but what Angelica had come to expect from these people.

Mr. Black pulled out the insurance policy and began to read to Angelica exactly what she was inheriting. $1.5 million. She started looking around the room, expecting cameras and Ashton Kutcher to jump out and tell her she had been punked. She couldn't believe her ears.

But right along side the policy was a check with her name on it. You could have knocked her over with a feather she was so stunned. Now she understood why the attorney wanted to meet her at her own bank. No one needed to travel very far with a check that big.

Once the shock wore off, Angelica jumped out of her seat and gave Mr. Black probably the biggest hug he had ever gotten. Then she walked as fast as she could to the bank teller to deposit that check. She was afraid if she didn't do it and quick, it would disappear or turn into a pumpkin or something.

When she left the bank, the first thing Angelica did was call her husband. She told him to pull off of the interstate as she had huge news to tell him. She had him scared to death. He thought oh no she is pregnant again. But then Angelica proceeded to tell him that they were now millionaires and he didn't have to drive that big truck anymore. She had to literally hold the phone at arms length her husband was shouting so loudly.

Did all of this money go to Angelica's head though? Nope not one bit. She took that money and paid off all of their bills, which just a few days before seemed like a really huge number. But now it didn't even put a dink in her inheritance. They even kept their little cabin. And were even able to do all of the renovations they had always wanted to do to it but never had the time and money to get around to.

The only extravagence Angelica bought was a condo in Nashville. This is something she had been wanting for a long time. And truly, she never thought she would get. And the rest of the money, still well over a million dollars, was invested and they were able to live very comfortably for the rest of their days on the interest alone. Something Angelica never thought possible. And their children were able to live comfortably as well.

Who would have thought that one of the scariest days of Angelica's life would have turned out to be one of the best days ever? Angelica sure didn't think so. Boy was she glad to be wrong this time!