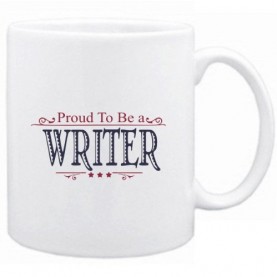 A young woman caring for two small children is harassed by increasing aggressive knocks on the front door.

The old grandfather clock chimed eight timed. The brisk woody scent of a eucalyptus and rosemary wreath filled the hall as Brianna came downstairs. She had checked on the year-old twins she was caring for to offset her college expenses. Both her charges were sleeping soundly. After double checking the locks on the doors, she went to the kitchen to make peppermint tea.

As the tea steeped, Brianna undid her tight hair bun, part of her programme's strict dress code. Then she worked her long auburn hair into a loose braid and smiled. After a long, stressful day she had time for herself.

"We won't be out long," their father told her before they left, "two or three hours. The girls are asleep so they'll give you no trouble."

"Only the usual precautions," replied their mother. "And make yourself a snack or read any of our books that interest you." She gestured toward the red painted bookcases that lined the walls.


When the tea was ready, Brianna brought it to the living room, sank into a burgundy armchair and unwound.

This is great! Brianna thought, enjoying the comfortable chair. Her hazel eyes surveyed the room, with its dark green walls panelled with light pine wood. I could get used to relaxing in a lovely home and getting paid for it.

With a sigh of contentment, she reached for her tea cup when a loud knocking startled her.

Brianna hurried to the hall over to the frosted glass panells each side of the door. The silhouette of a man was back lit by the porch light. He appeared to dressed in work clothes and carrying a tool box.

"Northern telecom," he said, holding what appeared to a badge against the glass. "I'm here to inspect the phone connection."

“I wasn't aware of any inspections,” Brianna replied, suspicious.

"Sorry for the short notice, ma'am, but I was told to check the connections in this area. When I get inside I'll show you my work orders."

"I can't let you do that, I'm afraid. No unexpected person is allowed in here after dark."

"Come on lady, I've got a job to do." The man was sounding impatient.

"So do I," Brianna countered. "Turn around and leave please."

"Are you the baby sitter? Do you live here?" He asked, now sounding curious.

"Leave now or I'll call the police!" Brianna repeated, wisely choosing not to answer the question. The man thumped the glass in annoyance, but to Brianna's relief, he left.

Okay, what do I do now? Brianna wondered, unnerved by the caller's insistence. I should call police anyway, and the parents to tell them what happened.

She went back to living room to use the land line phone. Then there was another, louder knock. Brianna glanced into the hall. Another man was outside on the porch. From the shadows he was casting, this man looked heavier set. Looking closer, she noticed he was wearing what looked like a uniform.

"Neighbourhood security," the man said. "We've been getting complaints about someone that pretends to be a telephone technician."

Brianna chose not to respond this time. The security guard knocked again with more aggression. A minute passed. He swore, gave the door a kick and hit the glass panel before he left. Brianna gasped in fright, her heart racing ahead of the soft, one second ticks of the clock.

"Calm down!" she ordered herself. "Shut your eyes and take a deep, slow breath." She did, and regained her composure almost at once, crediting her programme's strict discipline.

Now I know I need to call the police and the parents, she thought. But first, I'll look in on the babies. Maybe the noise woke them or scared them.


Putting her cell phone in her pocket, Brianna went upstairs to the children's room. She opened their door and tip-toed across the pink polka dot room to their identical white cribs. Peering into the cribs, she saw them: two babies sleeping like ... babies, oblivious to what had taken place.

Brianna gazed at them as they sleep. Had she ever been so small? An involuntary smile came to her lips. She felt happy for them, almost envious. They looked so peaceful and contented. No worries, no big decisions to make. The kind people around them took care of it.

Then again, they were helpless. Somebody had to care for and protect them and that somebody now was Brianna.


As she closed the door and started downstairs, a sensation crept over her. It was subtle but unmistakable. Like the scent from the wreath. It became more noticeable with every step. Unlike the bright, invigorating fragrance, however this foreboding and chilling. Brianna took her phone out making sure it was on, ready to use. Fortunately it was, because at that minute the glass panells shattered with a terrifying crash and fell into the hall where the pieces glittered like blood diamonds.

A man unlocked the door and let himself in. He was carrying a tool box in his right hand and had a security uniform draped over his left shoulder.

"You should have opened this door," he said balefully.

Brianna didn't answer. Instead, she took her customary deep breath and hit the emergency button on her cell as she cooly eyed the intruder.

“You should have opened the door,” he told Brianna balefully.


Instead of answering, Brianna took her customary deep breath and hit the emergency button on her cell as she cooly eyed the intruder.