Rayn and Her Stars. 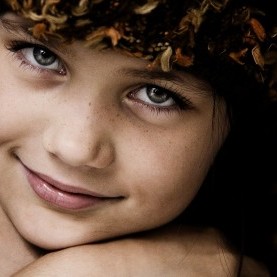 Rayn and Her Stars.

The coming of why humans wish on stars, and why they no longer come true. Follow the tale of a family torn apart and brought together by their wishes.

“Tell me a story,” the young ones all called, as the forest grew darker and seemingly deeper. “Tell me the story.” A boy stepped forward as the grass crushed itself under his feet. Then the whisper of Rayn’s voice took the air calm, “Enter, and I will tell you the story of all, but it may cost you much more than you’d think for such a tale.” There was a swift gust of air, so cold that it caused him to blushed. The boy made shifty footstep towards the twisted trees and the damning brush, the adults burst out, but it was too late the story would be told, the requirements were fulfilled. This town had one unique thing, Rayn’s Forest. Rayn was normal once, but the Angels or Gods, depending on who is telling the tale, favored her so much that at the age of fifteen they made her immortal. When people go into the forest, she damned herself to, she traps them there, too. A young man made it out once, with a baby nustled in his arms. Rayn’s voice shrieked throughout the air, “You must give me my child back, or else.” Legends continue that she takes any child that enters, and will not release them till hers is returned. The small town of Willow’s Peak thought, she was gone for centuries. In reality she was only waiting for her child. A boy with copper blond hair and gray-blue eyes that seemed to cause the moon and sea to argue who was father. This boy wandered hopelessly throughout the forest until he came across a tree that beckoned the sunset as it flooded in, and he sat on a large log near by. It was a opening, the center of the forest. He stated, “Tell me a story, please.”

“Well how many do you know? How many can you tell?”

“I know them all, and can tell them all.”

“Then let me first hear the story of you.” The boy looked to the tree which trembled, and the wind replied, “This is how the story of I begins: It was a winter’s night when I was born, the first snow of the season, and back then there was only candlelight that filled the room, but at the moment I was born a gust of wind blew out them out, and the first light I saw was starlight, and little did I know they were staring back. I had lost my mother in my third year, and my father had returned from war a drunk, who hit me. A little while later the church took me. The Pastor and nuns were quite nice. I was never taught much, and was only taught to read by a nun I coaxed into teaching me. The other children made fun of me for this, and beat me, and spit on me, and called me the foulest things.” the wind shivered and she continued, “There was only ever one place I belonged and it was a tree on top of a hill that seemed to let all the stars in. I sat there conversing with the stars, telling stories, hoping one day they would give a reply. I told them many things, and asked many things, too. I talked of how I wondered, I wondered of a falling leaf, or why human’s lusted for complete suffocating power, I wondered if what the nuns and pastor prayed were true. My fifteenth year a boy followed me to my tree and pushed me to the ground he forced a knife to my throat, and… demand I...I…” The boy said with a bit of anger and question, “He raped you.” The wind roared and the trees around curved inward a bit more with fear, “No, but he slit my throat trying, and for the first time I saw a star fall for a second. The stars healed me, and killed him. His soul fueled the forest, and with his darkness it still gleamed with beauty. A month later I returned to my tree full of fear and a wish, I wished to know the answer to the question never asked to know. The sta-”

“Sorry, Miss. But what question is that?”

“I asked them one word, the hardest question in the universe. I asked them ‘Why?’ Then the stars came flooding to the Earth, and they told me the stories of all, and promised that to give every tale that could answer why anything. But they also told me that my wish carried the price of immortality, and I would be bound to these woods for the wish I never spoke, that night the forest was created. To me it sounded like a sweet gift, infinite knowledge, and to never grow old, I loved my woods. I thought like this for years, and children entered the forest and braided my hair and I told them any story they asked. Soon decades past and the children stopped coming, and I longed for a child of my own. One young man entered my forest, and with his moonlight hair asked me to tell him stories, in a month we were in love and I was pregnant, but lover had begun to worry of the stories I would tell our child, or what if the same curse was placed on him, or what if the child would never grow in these damned woods. The night my baby was born, my lover stole him from the cradle and ran out of the woods. I chased him screaming, begging for my sweet baby boy that I had not even began to know. But the mothers were all cruel and wicked, they never empathized with me. They yelled at me for waking their children and envied my eternal youth. So I became the very thing they called me, a witch. I shrieked and cursed them on my baby’s first birthday, “I will take your children if they enter my woods until you return mine.” After years of guilt and many children crying. I stopped, but I cried to the stars for months, begging them to help, then finally one star fell before me weary and weak. He told me of how the stars had died and he was the last, they had all faded and burned out all but him the death star, but then he told me with a choking breath, ‘I am here only secure your wish to always know all..’ and that night in his last breath I became the last star. I summoned my lover who had now been dead for long, he told me of his wish to hide my child, but my lover’s cost was my child always being reborn and never living their life fully, always born without a mother and father, but I have waited for him ever since,”

The ten year-old boy had tears in his eyes, “I am orphaned.”

“No stolen.” Rayn made her way with tear filled eyes and a smile of missing. Her nose was roman like his and her hair catch the starlight like rain, as his did with moonlight. His father lead behind weeping with gray-blue eyes that seemed to rage a war between the moon and sea. The three sat there sitting for a moment, before the boy said, “Every night I heard cries mother’s cries at night, and felt a creeping dark forest over me, and this is no happy ending.”

Rayn spoke chaotically, “But why not? We can be together now!”

“ No I shall be reborn again and again, even when there is nothing left to be alive. I will go through every era and never fully live, and we have found each other once, but there is no promise of again. The stars have damned me, and you, and us all. This life is a curse, not on father, but even on myself, for a wish I never made.” “But son!” his father reached an arm out to the boy, but he had already gotten up and moved out of reach. That night the boy ran out of the forest, he ran to scientists the new age of electronics. He asked for a solution to the curse, but no one believed him. He spent many years lost in chaotic sadness of never having anyone and never will. One day years later the boy entered the forest once more, to greet a mother who fell to her knees in tears and a father so lost in himself he barely knew what was real any more. He made the wish he was owed to the last star, “I wish to rewrite the story, so star never were alive, and father was the one who would save you that night by the tree.” He didn’t reverse time he simple we wrote it, and people still wished on every falling star, the catch was they were already dead.