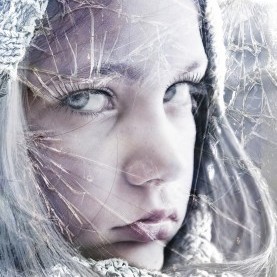 Imagine the world were a simple place. Simple things would happen. Imagine kindness the only kind of being. Imagine love and laughter a common peace displayed by all of humanity. How do people turn to hate, offering such cruelty to those less fortunate, pressure superiors and inferiors alike into believing less of themselves?
Every morning I would wake to the sound of birds chirping blissfully outside my window, unaware of the cruelty that surrounded them; how gracefully they spread their wings and take flight into serenity.

Oh to be a bird. That would be a bittersweet victory.

I was seven years old when it all began; the torment. What had I done? Had I inspired to much an honest heart that others would seek to take advantage of it? Did their own insecurity infuriate them into the cowardly act of bullying?

The torment would not stop. Eight, nine, ten, eleven; High school. My first years of high school I endured name calling, food thrown at my head and threats of violence. I was
scared but I kept my head held high. I refused to show how much they hurt me.

But the truth is, I felt defeated. As the years the torment increased, never a day went by where it didn't exist. Friendships became a contest, and secrets were the card you played to win.

July tenth, 2006. A day I remember like it was yesterday. Her name was Cherise, and everyone wanted to be her friend; her best friend, and they were willing to do whatever it took to earn a place by her side. Yet, they were afraid of her. What kind of friendship is maintained by fear and bribery?

I watched her from the steps that day. At twenty to nine she stepped of the bus and gracefully strolled towards the bench we would meet her at each morning. She wore her blue school skirt - cut short, with the pleats stitched together to make it a straight fit - and her white blouse. Her blonde hair was perfectly straightened with her nails filed neatly and coloured a light shade of pink.

She hugged each girl, flicking her hair about. I was close enough to hear her brief them on her new MNS friends and how awful the weather had become.

I saw her search the crowd of students fleeing the sudden downpour. Carmen, the tall, red haird beauty of the clique pointed me out instantly.
I shifted my books awkwardly from my lap; her dark brown eyes connected with mine and at that moment I knew I had lost her friendship.

Two classes passed without crossing her path. For this I was thankful. My heart was pounding so fast, I hoped avoiding her would help me get through the rest of the day.
I sat alone at lunch. I was barely in the mood to talk. Emotions much deeper than I have ever felt before consumed me, sending a single tear down my pale cheek.
I watched seniors gather together, laughing and joking. That should be every child’s school experience; friendship, laughter and happiness.

I looked up to find Jade, my so called best friend, who supposedly shared the same thoughts and discontentment of Cherise and her games as I did. She sat down beside me, but soon after followed Carmen and Beth, busy talking on brand new Nokia mobile phones.

Sam, a boy with no filter soon joined us. 'He gorgeous!' His sarcasm was obvious. 'Why are you sitting alone?'
Carmen and Beth burst into laughter. 'She has no friends.'
'Don't be nasty.' Beth smacked Carmens hand as she twisted pieces of my hair with her fingers. 'She can't help that she has no friends.'

It was obvious by this point that they were simply acting as puppets. Carmen tugged harder on another strand of my hair.
I remained silent, ignoring them, hoping they would get bored and leave.
Sam seemed irritated at his failing attempt to get a rise out of me. He grabbed my bag and with strong force, he swung it over his head and threw it into the concrete at my feet. Glass of a handmade snow globe shattered inside. I had made it for Jess, but I decided it best not to give it to her. Liquid seeped, soaking the fabric.

'Guess it’s rubbish now.' Sam scooped it up and threw into the large bin close by. 'Sucks to be you shitbricks.'

'Where have you girls been?' The devil herself made an appearance. She stood at a distance, behind the courtyard gate.
'Beth I need to tell you something.' She called out. Beth eagerly jumped out of her seat, ready to commit to any demands. They spoke softly, looking over at us occasionally.
'Carmen!' Cherise waved her over, laughing as she held her hand out for her. They huddled closely, nodding in agreement. Sam joined them without an invitation.

'Jade, come here.' She ordered; aware of her recent sympathy for me.
Jade jumped up as quickly as the others and was instantly at her side. Some best friend huh?
They laughed at me; from a distance. Did they not understand how harmful their words could be to someone? I was fragile. I was breaking.

The games would never end. I would never truly be free from her. She was a monster. The hurt she caused so many of us; the tears she made fall, the hearts she had broken, the reputations she helped destroy; I felt hate for the very first time.
I left my bag and ran.
'No not you shit bricks. Go hangout with people who aren't offended by how ugly you are.' Cherise raised her palm as if to stop me joining them, tilting her mouth up into a wicked grin. 'And go have a bath, you smell like you really do have shit in your pants you ugly cow.'

I sat in the office for over an hour waiting to be picked u. Word had spread through the school that I had wet myself by the library. I was laughed at by the students walking passed, many of them not even knowing who I was.

By the time my mother arrived, everyone was back in class. I left without anyone noticing; no goodbyes, no apologies. Good riddance. I never wanted to step foot in that school ever again. So I never did.

Later that night, I rocked myself back and forward at the bottom of the steaming hot shower, the burning water filtered the pain from emotional to physical. My phone rang continuously, but I refused to pick it up; I knew it would be her, she wasn't finished with me, I could feel it. Or was I just paranoid? Has it really come to this?

At a moment of weakness I decided to take my own life, to rid myself of a world full of people that thrive off the fall of others. I took the small rectangular blade from a razor and pierced my skin, gliding it upward the length of my forearm. Blood spilled from the wound, my body broke down. I lay awake, bleeding to death on the warm bathroom tiles of the shower.

All I could see were birds. Serenity. Peace. Light.
They flew in circles around me as they chirped in tune to their own symphony. I was dancing. My long brown hair caught in the breeze, guiding me forward. Blue and orange poppies whisked gracefully into the air around me as I closed the distance between me and a pathway shaded by a canopy of trees the chirping birds perched on. But they were silent.
My heart pumped hard as the birds slowly disappeared into the brightness above me. Where were they going? Where would I go, if I died? Why should I die? My mind snapped into clear thought. To die, that would be my defeat. I want to live! I want to live knowing that I am a better person than Cherise has bullied me into believing.

My heart slowed, my body grew cold. Lights flashed as my eyes fought to stay conscious. I'm dying. Perhaps death will be peaceful. Perhaps it's the place you are called to when you’re ready to be faithful to true kindness.

My body shook; exhausted from fighting, it gave up on me.

I will not be defeated.
We are equal.
We are one.
Start acting like the human beings we were created to be. Humanity is our greatest quality. Find yours, as I have now found mine; before it is too late.
Then there was nothing.
Am I dead?