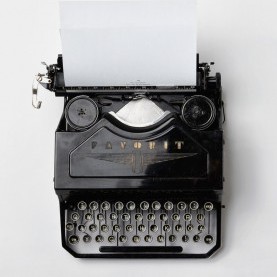 The richest of people living in the Upper East Side along Central Park are terribly dainty-handed and look upon things like shrewd owls with wide eyes. They corner mice with soft words and ruffled feathers, all the while letting dull talons click against gold and silver coins rather than flesh and bone

When the war had been brought to our own land in 1941 the rich men had been the first to scramble, most likely pushing soldiers out of the way in their haste to reach a bank. Money flowed from the banker to the silken lined pockets of every wealthy individual.

Warren Berthold Keynes; the name rings a cacophony of badly tuned bells in my mind even today. He’s one of the richest people in New York and it was his meaty hand that dragged me into the year I will never fully recover from.

The circumstances of our first meeting had been planning the wedding between his son and my older sister. I had been less than ecstatic about the whole process, but the idea of signing my sister off to someone else had a sort of appeal.

My second time meeting him brought with it two outcomes; I left with a substantially heavier wallet, and a bad taste in my mouth.

The money was far from illegally earned. He must have heard from some gossiping old woman that my business had slowly been tumbling into a downward spiral. Money and those who have it seem to have a knack for finding ways to discuss those who don’t have it or are in danger of losing it.

“The war is coming to us soon, kid,” he had told me, a glimmer is his grey eyes. I grew to hate the way he smiled like a mischievous child. “This should be more than enough to keep you going until someone lands on our beaches, eh?”

The respectful and cautious side of me had instantly declined. I knew nothing about this man or his intentions. His refusal to take the money back lead me to the suspicion that something was dreadfully wrong with the green bills he had handed me. Something in my mind prompted me to check the faded banknotes for splatters of blood.

At this point, I had not learned that money is blood in some sense, and that this man had bled many people dry.

“You see, Aleister,” he had said, seeming to think he needed to properly explain. I’d have rathered he just take the money back. He hadn’t even had the decency to call me by the name I prefer. Only old men and authors would choose a name such as Aleister. “You see, soon metalworking will be big again. And I know that’s what you’re involved with, isn’t it?” His stubby fingers pointed toward me. Never before had I wanted to remind someone that pointing is rude.

I nodded numbly at his question.

“The war is mere months- maybe even weeks from our borders. If you stick with it until the first bullet flies in the U.S., why, you’ll be back in business and sitting on a stack of pure money in minutes, with the government begging for your iron and aluminum down amongst the pennies of the pile.” He puts his fat fingers to work, teasing a cigarette from the carton that looked much too small for him to hold. He offered me one, and I politely declined, claimed I didn’t smoke.

In actuality, once I finally managed to steal myself away from his presence, the first thing I was inclined to reach for is a cigarette, and then a cab to take me far away from this place that smells of money and greed.

For the longest time, I stood out by the bay, a lighter held under the crisp, folded bills that Warren Keynes had given me. Had I burned the money that day, I might have become the kind of person that I don’t despise.
---

My mother was a brutish sort of woman; a hulking personality veiled by soft skin and a low melodious voice. She was not cruel. In the simplest of terms she was a parent but not a mother. I felt no outrage nor sorrow at her passing, only a sort of apathetic understanding that she was gone from life.

The death of my mother took place two months after Warren Keynes saved my business from crumbling beneath the weight of the ever unstable economy. His money also paid for most of the outrageous hospital bills I had gained during the last few weeks of her life.

Keynes hadn’t bothered to make contact since he had given me the money, but showed up to my mother’s funeral as if he had known my family his entire life. At the very most he had some contact with my sister for some odd months before I met him.

“Aleister!” He crows, following me to my car.

I hesitate before slowing my steps up the slight hill of the graveyard and turning enough to catch a glance of him. “I’m sorry, I hadn’t recognized you. Mr. Keynes, is it?”

“Please then, call me Will.” It’s a struggle to keep the conversation open and tastefully boring. “Has Arianna picked the colors for the wedding?”

Arianna is much like a younger version of my mother, except she has an air of royalty and finesse that undoubtedly disguises her true personality from most anyone. Her beauty is a thing to speak of amongst everyone who has ever had the pleasure of seeing her in person. At the age of 26, she looks as if 18 had been the time she chose to stop growing physically older.

“She’s gone for scarlet and ivory, I believe. Jacen was happy to comply with that.”

It strikes me just then that I had never before heard her mention her fiance’s name. “I’m sure she’ll be pushing for him to wear an ivory coloured suit as well.” I say.

Warren chuckles, leaning against the hood of my car. “She’s a good woman for my boy. She’ll keep him in line, but she knows when to step back into line herself.”

I had the greatest desire to inform him that everything she has ever said or done to be a ploy, a trick, to get what she wants. But I don’t care much for the man, and I figured he knew what kind of person she really is. He seems to be cast from the same metal as Arianna. Unbending iron.

“In fact, I haven’t seen her yet, is she…?” Warren pushed himself away from my car, glanced around as if he might have spotted her socializing.

“She couldn’t make it,” I informed him with a shrug. “Her affairs have her tied to New York.”

“I understand the feeling,” Warren says, almost sounding genuine. “I almost hadn’t had the time to get down here myself, but I really wanted to give my respects to the mother of my future daughter-in-law.”

“She would have appreciated the thought.” Hardly so.

His eyes went bright with the artificial light of a lamp, a seemingly ‘sudden’ idea coming to mind. “Say, how has your business been?”

“It’s been well. I owe you, sir, you really are the only thing that kept me from going under.”

He slapped me on the back, laughing heartily. “Anything, Will! Anything for you, my boy.”

“The price of copper and aluminum has been climbing lately- in a few years I’ll be able to pay you back in full.”

Warren immediately scoffed at the thought of it. “I’ll have none of that talk, Will. You don’t need to pay me back.” He winks one wrinkled eye. “Think of it as an investment on my part.”