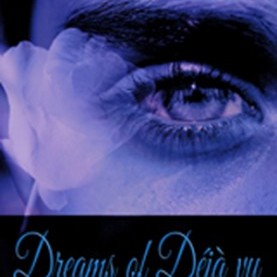 In Arts college, 25-year-old Nathan paints a triptych by teleporting the consciousness of his muses into his mind. No one knows his secret, but it all started when he was 8. He learns then that he possesses a special gift of seeing people through their bones, reading their minds, and recalling their consciousness into his own. We meet his imaginary friend, Larz - the same age as Leonara, who is Nathan’s neighbor and friend. We are also introduced to Nathan’s nanny who whips him and starves him over his madness and disobedience when his parents are away.

Twenty-five-year-old Nathan Raman tried to cut out the way light fell over a female classmate’s hair and face, the way a male classmate’s kurta sleeve flapped to the wind, the way the smell of oil paint emanated from his teacher’s body, the smell of turpentine that filled the class. He tried to cut out every influx of every sense, so he could concentrate on what the professor was saying, just like the other students were.
In this first year at Fine Arts college, every student was asked to render their first paintings. The first year’s syllabus would concentrate on Purab ki Chitrakala (Arts of the East) before moving to European and other art forms.
I hope I can do this. No… I don’t think I can do this… This is the wrong course for me. These people seem so talented. And I seem like an idiot. Empty.
You can. You can. You can. Just try. And you can do anything you want to do. Most of the good things, most of success is about having confidence in yourself.

After that, Nathan didn’t take long to arrive at what he wanted to paint. Ideas were never in short supply, really. Like laundered clothes, they were stacked in the shelves of his mind. This was ready to spring through his fingers, and the rhythm of his body.
While the others were deciding on smaller canvases, Nathan decided to oil-paint a triptych, eight feet high and 12 feet wide.