Since He's Been Gone 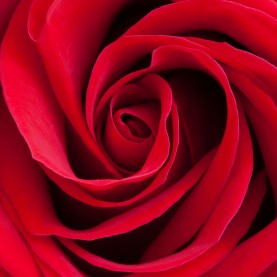 Since He's Been Gone

A short story/ Monologue to describe the feelings of losing someone you care about. Violet May has just found her boyfriend's corpse on the floor and is completely devastated by it.

The burning sun overwhelms me as I sit beside the dark bottomless lake where I found him, bloated blue and no longer breathing. I'm slumped on a sturdy boulder, not because I'm comfortable, but because my legs are shaking too ferociously to be capable of supporting me. Jamie Long, my Jamie Long has left me and he's not coming back.

By my feet he lays, motionless, sadness burned into his pale expression. I wish I could've helped him, I should have known something was wrong. God dammit! I should have helped him. It all began on the edge of a rooftop, I was there too, we both had the same idea. Neither of us thought the world needed us. Both of us thought this was the only way out, but he talked me down, and then got down himself. He saved my life. But this time I couldn't save his.

Once, when we were both thinking that things were getting better, we used to wander. Go outside with no objective but to see the world. One afternoon we'd climbed the steel ladder clinging to the side of the tallest building in the city , our backpacks weighing us down with the blankets and food we'd packed. It was the building we'd first met on, though this time we had entirely different intentions. We were here to relax and have a picnic and nothing could stop us. It was the first time I'd been truly happy since my sister had died, it was also the last time I heard him laugh. Some people say that a person can be home, that as long as you're with them you feel safe, I believe this too. A person can be home, but now I'm homeless.

Our love was strong and powerful, and it saved me, but I found him drowning in the depths of depression. I'm the girl who learned to live from a boy who wanted to die. Ironic isn't it? Fate has a distasteful sense of humour.

Do you know what it feels like to watch someone you care about slip away, knowing there's nothing you can do to help them? I do. I remember getting the news that he'd been seen at a suicide support group. God I knew he wasn't okay but I didn't know he felt like that. I was reluctant to bring up the subject, scared of finding the truth, and now I'll never find out. I'll never see the dimples in his cheeks appearing when he laughed or the way he'd sheepishly run his fingers through his soft brown hair when he got nervous.

I've still not accepted that he's gone. Maybe it isn't him. Maybe they... Who am I kidding? My best friend, my boyfriend, left this world in the worst way and he isn't coming back.