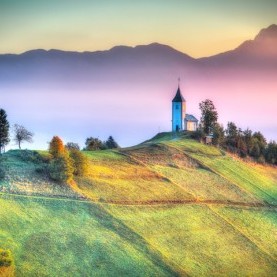 of a childs' special safe place

Sometimes, when his brain is just too loud, he likes counting objects; it helps keeping the voices silent when they go out of control.
At that time when his mother allowed him to hold his baby brother, after an agonizing campaign of nagging, he got so thrilled about the opportunity that the infant just slipped off his hands straight down on the floor. Mom got so scared and started screaming, and he ran away as fast as he can. Such a case demands a dead-serious counting, so he got into his room and climbed up the computer chair, up on his computer desk and onto his closet top – there he laid in a fetal position so he could fit inside the gap between the closet "roof" and the room ceiling. He laid there, freaking out, tucking his knees into his stomach and his arms surrounding his head. His back was against the wall and his face was directing to the center of the room. He scanned the content of the room quickly in order to find something worth counting. His eyes rested on a box of records his father gave him when he celebrated his eleventh birthday. There were dozens of records in it, he thought to himself. He could count them first, then maybe the songs in each album or maybe he could count how many records each band have in his collection.
"It's a collection I have since I was also eleven," his father told him then with paramount importance. Among the records was 'the magical mystery tour' by the Beatles, he loved it the most because it had his favorite song in it – 'The fool on the hill'. He could never have enough of this song, it is about a foolish man, which everybody called 'the fool' and no one took seriously, but it did not bother him at all. He was just sitting on top of the hill, daydreaming.
Suddenly he noticed that he was also dreaming so he shook his head and rebuked himself for drifting off his oh so important counting mission. He left the record box for now and kept scanning the room. There was no point wasting time on the usual objects, he counted it all hundreds of times. He closed his eyes and mumbled what he remembered with great concentration: three guitars; one bed; one ceiling fan; one vinyl record player and two matching speakers; one TV set and two TV remotes; one air conditioner and its remote; one PC, one mouse and one keyboard; a closet with fifteen t-shirts and five jeans, thirteen boxers, twenty paired socks and three single ones.
Once he recalled all past counting he continued searching for the perfect counting suitable for this kind of emergency, but once he could not find something good enough he decided that his visual field was too narrow and limited when he is laying there on top of the closet. He stepped down from it back to his computer desk, down to his computer chair and onto the floor. Without noticing it happened, he was already quite relaxed. He kept searching the room with not much concentration for a few extra minutes and then he turned to his fathers' record box and pulled out the magical mystery tour. He put it carefully inside the record player and set the needle to the second track. The fool on the hill was silently playing; he laid on his bed, stared at the ceiling and daydreamed.