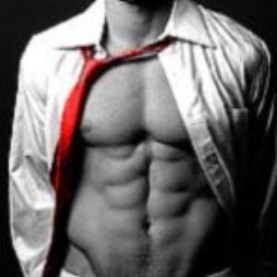 After eight months of being single, Anatashia Montgomery decided to venture back out into the dating world. Only to meet more frogs and toads than white knights and princes. After several dating mishaps, Ana considered that she wasn’t ready and that getting back out there was more a hassle than it was worth. Just as Ana was about to give up on dating and consider celibacy, as fate would have it, she would meet Connor Scott, the eligible billionaire playboy who was known to go through women like a buffet line. The man she promised her friend that she would never get involved with. Now that their paths have crossed, will Ana and Connor submit to the sin of attraction?

My friend Hope and I were meeting up with each other today for lunch at one of our favorite restaurants.

We were seated right when we checked in at the hostess stand. It pays to a make reservation at The Grill; it’s a very popular restaurant. The wait without a reservation could be over two hours long; which was insane since most people only get forty-five minutes to an hour for their lunch break. Typically, when Hope and I arrived for lunch, we make our reservation for the following week.

“Could you please add me to the list for next week? Same time and same seating, please. My name is Anatashia Montgomery.”

“Okay. Yes. I’ve got you down for next week under Anastasia Montgomery,” the hostess said.

“No! My name is Anatashia not Anastasia.”

My response came out a little bit more harshly than I cared for but I don’t think she noticed. I loved my name. It was unique...it had a special meaning behind it. However, it was also very annoying having to correct people all the time. Just about everyone assumed it was Anastasia. Well, you know what they say when you assume something...make an ‘ass’ out of ‘u’ and ‘me’.

I tried to ignore the fact that she was annoying me right now. I stared and smiled sweetly at her.

“Can you please correct that? Ana...tashia,” I said.

I was named after my grandmothers. My parents couldn’t decide on a name for me so they compromised on taking the first name of each of my grandmothers and came up with Anatashia.

We thanked the hostess as she escorted us to our usual booth. Our seat was tucked away off to the side from the other patrons. There were probably eight booths lined up along this section of the restaurant. Each booth was separated with these large potted plants tucked inside each booth divider. It gives each seating area a more exclusive private setting. The views from these seats were impeccable and awesome for people watching. The windows were tinted just enough that we could look outside without feeling guilty.

As we got situated into our seats, I let out a heavy sigh thankful for having this lunch break and hanging out with one of my dearest friends Hope Mitchell. Hope and I met our freshman year in college when we were assigned as roommates. We automatically bonded with one another and have been the best of friends ever since. We have been supportive of each other through the good times and the bad times. And there have been plenty of them over the past few years.

A server approached our table. “Good afternoon ladies, my name is Beth. I’ll be serving you today. Do you know what you want or do you need a few?”

“Okay, got it. I’ll be back in a little bit to take your order.”

Hope rubbed her hands together looking anxious. “So...how was your date Saturday night? Good? Bad? Which one was it?”

I shook my head, “Bad! I was better off staying at home and enjoying my foursome for the night.”

I huffed. “Just so you know, I’ve had plenty of threesomes and foursomes. Ben and Jerry and I have gotten quite acquainted with each other over the past several months since my break-up with Frank and when I’m in the right mood I’ll add BOB into the mix.”

“Damn girl! I had no idea you were that kinky.” Hope chuckled. “I’m not certain that those movie producers of Poltergeist had that in mind when they wanted Carol Ann to go to the light.”

I gave her a grin then shrugged, “What can I say? I see stars when I come to the light.”

We both laughed. Then Hope said, “Well, you go girl. Go ahead and enjoy your foursome.”

Of course, Beth returned at that moment. She had a sheepish smirk plastered on her face, clearly overhearing Hope calling me out enjoying foursome. When in all honesty, I’ve never had anything more than a twosome. Our server, Beth, was clearly quite amused.

I’m not certain that I would have guessed that she was a woman if it wasn’t for her name tag and squeaky feminine voice. The rest of her features were very masculine and the short cropped Marine – ‘hoorah’ hairdo did not help soften her feminine looks at all. I wouldn’t even consider Beth an Amazon woman; she had the height but none of the other womanly appearances. Her body build was boxy and burly like one of those WWF wrestling contenders. In fact, if she stepped into the ring she could probably kick the tar out of any of those wrestlers. The way she was looking and smiling at me right now was seriously creeping me out.

“Ready to order?” she asked.

I was now completely nervous and embarrassed. I felt my cheeks blushing as I gave Beth an unpleasant smile, “Uhh...sure. I’ll have the chicken alfredo.”

“And I’ll have the turkey rueben on rye with swiss cheese, french fries, and a side of mayo.” Hope uttered.

“Alright, I’ll be back with your order when it’s ready.”

After our server left the table Hope turned to me, “Okay, so tell me what happened with the guy from Saturday. He looked like a decent candidate based on his online profile.”

Hope was oblivious with my reaction to our server. Thankfully, she distracted me by turning my attention to the date I had the other night.

“Decent candidate...what a joke he was,” I sneered back at her.

“Meaning?” she asked, with a quizzical look.

“He lied about his online profile. However, he’ll tell you that he only fibbed a little bit about it.”

“Pfft, like his looks...” I said, as our server returned to the table with our food.

“Here you go ladies. Enjoy. Just let me know if you need anything else.” Beth smiled at me before sauntering away.

“Go on...I’m listening,” Hope demanded, as she bit into her sandwich.

“Alright. If you insist,” I replied with a chuckle. “When I got to the restaurant, I didn’t see him anywhere. I thought for a moment that maybe, just maybe, I got stood up for the night until I checked my phone and noticed that he had texted me.” I pulled out my phone to read his text message, “It reads...‘I’m already here. Check in with the hostess and meet me at the table. Seating is in my name.’” Hope’s jaw dropped a bit. I nodded, “Oh you wait...it gets better.”

“So, I did what he asked. I should have known that something wasn’t right when he insisted that I meet him at the table but hell a part of me thought it was kind of sexy that he was taking charge and being a little domineering.”

“You thought he was a Dom didn’t you?” I gave her a sly smile. “You little minx, you,” Hope teased with a wink.

I snorted, “Yeah. Well, he was no Dom. Let me tell you.” I took a sip of my drink, “When I got to the table he smiled and offered me a seat by waving to it. He had no inkling of getting out of his seat to even greet me or pull out the chair for me to sit in. Talk about chivalry. He had none.”

I sighed and rolled my eyes, “Not to sound shallow but I contemplated on not sitting down. I thought the hostess had escorted me to the wrong table because he didn’t even appear to look like the same guy online. But then he addressed me by my name so I felt obligated to give him a chance. He must have sensed my hesitation; he rubbed his head and apologized for his appearance. His lack of hair and bald head was due to a bet that he had loss.”