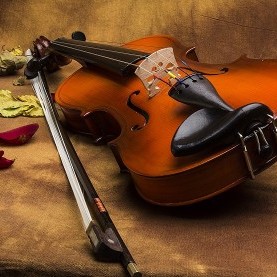 A lonely man in Room 44 has to face the consequences of a selfish youth.

They called him Blowjob Bob. Could get any woman on her knees, no word of a lie. Robert’s keen on the young one with freckles. Always had a thing for redheads.
‘I’ve put your morning tea by the window, Mr. Lawrence.’ She taps his hand and points. ‘Over there by the window. Nurse Emma tells me you like the view of the water.’
Robert likes the water; but he prefers the smoking nurses. Twice a day if he’s lucky. Highlight of being on the ground floor; sometimes he misses the array of blue uniforms if he nods off too early. Lunchtime. That’s when they’re out there. Robert doesn’t like the fat one with the fake tan. Has a stupid laugh. It’s loud and it plagues Room 44. He’s like a mutt that recoils in agony every time she tilts her stupid head back.
Blowjob Bob. Robert’s laughter is now a wheeze. Ridiculous. He sees the funny side of life today. Redhead bends over for him when she does her rounds. Calls herself clumsy; knows damn well she’s not. The old boy’s still got it. Not like the others in there. The residents don’t take the blindest bit of notice. He doesn’t care; they’re passed it. One old girl fancies him. Offered him a custard cream the other day. Poor dear.
‘Your daughter called this morning, Mr. Lawrence.’ Redhead says. ‘She sends her apologies, but she can’t make it this week. Your granddaughter’s got the flu. She’ll see you in a fortnight.’
Robert nobs. He rests his frail hands on his lap and shuts his eyes. His mind skips back. He’s now 40 and rich. Wouldn’t change a thing. Nothing. They were marvelous days. Glorious. A house bursting with life; parties and girls. Most envied bloke in Bournemouth. Robert made his fortune from Arthurs’ Cove Ltd. Who’d have thought matches could make a mint? Spent the lot. His daughters had to sell the mansion to cover the cost of Room 44. Crystal says the money’s run out. Flu my arse! Crystal can’t be bothered to come out with it.
She was a beautiful child, Crystal was. Beautiful. Her little sister wasn’t a patch on her. Crystal inherited her mother’s looks. My Jenni. Dear Jenni. Best-friend he ever had. Course, he had to fuck it all up.
‘Mr. Lawrence,’ Redhead comes out of the bathroom frowning. ‘If you need the loo, you need to ring the bell. I’ll be right back, darlin'.’
Robert looks out at the water. It’s too early for the parade of blue. Tears have blurred his vision. It’s the second time that week.
‘Mr. Lawrence, me and Nurse Emma need to clean you up, darlin’. We’ll brew you a fresh cuppa later, alright sweetheart?’
Robert looks at the blue uniforms looking down at him. Bloody marvelous. They’ve brought the fat one too. The three women hoist him out of his seat on ‘three’. They carefully shuffle him to the bathroom.
Blowjob Bob. Doesn’t seem so funny now.

This was a fun and engaging piece of work. The way the facts were disclosed took the reader on a dramatic and interesting tour of the main charter's life. Very thought provoking. Incredibly powerful writing, clearly from a very proficient writer. Some of the ways in which you described the scene were stunning eg. "He’s like a mutt that recoils in agony every time she tilts her stupid head back"
Tweets by @thepenfactor