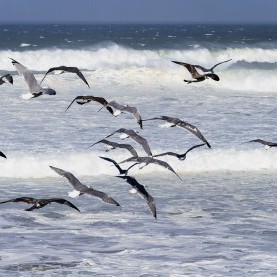 Kristen is an African American living in America during the Revolutionary War. Thrown out of the house by her brother, she has to endure many hardships with the Continental Army than anyone ever imagined, but the rewards are endless.

Boom! I watched as the window on the other side of my room shook and finally, broke apart into many little pieces. Scared, I burrowed myself deeper into the covers.
“Kristen!” my older brother called. I felt something hard land on me.
“Kristen,” he said again.
“I'm here, Kevin!” I replied.
Kevin yanked me out from under the covers and threw me onto the floor. I landed hard on the back of my head. Dizzy, I looked up and saw another man towering above me. It was my master.
“What do you think you are doing getting up so late?” he barked, “get out here and stand facing the wall of my house.” He dragged me and threw me outside into the battlefield. My brother snickered at me and slammed the door. Bullets zoomed by me. I slowly stood up and ran. I would not face the wall. I kept running. I had no idea where I was going. Finally, I stopped and rested in the shade of a tree. I was hungry and thirsty but there was nothing I could do about it. “Hunger will not last forever, nothing will,” I remembered my mother saying before she and my sister were sold to work for carpenters. I warily walked along the edge of a river and stared at my reflection. I looked like shabby and dark. Americans always referred to us as African Americans and despised us. “So what if I have a different color skin, does it really make a big difference?” I thought. I followed the river until it came to an end and forked off into many different directions. I loved the wild where I was free, away from the whites. Suddenly, bullets zoomed past me again. I fell to the floor and covered my head with my hands. About a minute later, I felt a rough hand seize me by the shoulder and lift me off the ground.
“Hey, look what I found,” said a rough voice, “let's take it to our commander and chief.”
“What a great idea!” said another voice. I kicked out randomly and hit a guy in the mouth.
“Watch it ma'am, if you move a muscle I will shoot you.” I relaxed. They carried me into a camp and dumped me on the ground in front of a huge blue tent. A big man with blue eyes came out and dragged me into his tent.
“Are you a spy?” were his first words.
“No sir,” I replied.
“Then what are you here for?”
"I...I can volunteer for your camp, make it clean and tidy.”
“I'm afraid Mr. Hancock has said strictly that no African Americans are allowed in this war.”
“But the British allows them,” I countered.
“We are not the British, we are the Americans.” I punched the big guy and soon found myself being scolded and I also received 10 lashes on my back for talking back. Then the man, who was General Washington, sent me off to pay a visit to Congress. When I arrived, I saw a group of men already walking in, arguing with each other. I slipped in right behind them. Mr. Hancock rapped the table with a mallet.
“We will begin our meeting once everyone has settled in.” He turned around and was surprised to see me.
“What brings you here,” he questioned.
“I want to volunteer for the continental army,” I replied. When the members of Congress heard this reply, they burst out laughing.
“A girl?” laughed Charles Pinckney.
“Not even a boy!” another yelled.
I was kicked out of congress that very day. I felt insulted and unequal. As I walked alone on the streets, a redcoat crept up behind me and grabbed the collar of my shirt.
“I shall turn you in too General Cornwallis,” he remarked, “he will be delighted to have a little helper.”
General Cornwallis was the worst white guy I ever saw. He had huge brown eyes and he was lazy and fat.
“You my black girl, can not work for me. I am sorry. There are no girls are women allowed in this war, mark my words, you will never find a job because you are a girl and you are an African American. Girls are useless, they do not have as much power as men do.”
I marched out, seething. “What is wrong with these people,” I wondered. I looked at my future now, hopeless.
About three months later, after my nineteenth birthday, I found myself working alongside General Washington, Hamilton, and Von Steuben. I was proud to have made it this far. The first African American girl to work in war. I was near the edge of danger though because I had cut my hair like a man, but I did not act like one. At first, they were suspicious of me. Then, they relaxed more, but still did not trust me as much.

On December 25, 1776, I found myself crossing the Delaware River headed for Trenton, New Jersey. I was excited. It would be my first battle to be engaged in. Unfortunately, when we landed on shore on the morning of the 27th, most of the ammunition was useless. General Washington, however, still kept on going. He told us to use whatever was left. We crept along a path with our guns and cannons. When we reached Trenton, we began shooting. The redcoats were totally unprepared. They ran all over the place screaming and yelling like a bunch of idiots. Once the British evacuated the town, General Washington raised the American flag. It was our first victory. On January 3, 1777, the American Army experienced another victory. They had taken over Princeton. These two victories had changed the views of the soldiers in the army. They know wanted to stay longer and fight. I rowed a boat by myself back onto the other side of the shoreline. I walked along the shore and ran into a group of redcoats. I literally died of fright. I was too scared to speak so the redcoats took this opportunity and kidnapped me. They wrapped me up and put a gag into my mouth. I was rowed across the river again and taken into a camp hidden among the leaves of banana trees. General Rall, came out to greet me. He walked me through the camp and kicked me into his tent.
“I need your help,” he said.
“But, I am not a spy,” I replied, “and merely a girl.”
“I don't care what you are, you are helping me.” While he organized his things, I just looked at him, speechless. I was really surprised. I thought everyone cared for stray people, and would question if they were spies. Rall turned around.
“I need you to be my messenger and spy.”
“Okay,” I said slowly. I did not know if this was a prank or not.
He gave me a bag of mail and told me not to stop and talk with anyone, especially Benjamin Franklin. So, I started off on April 7, 1777. It was beautiful day, birds were flying high in the sky and the streets were filled with carts and carriages. I walked on the side of the street, hoping nobody would be nosy and try to find out what was in the bag. Suddenly, I felt someone staring at me. I hurried and walked faster. By the time I walked along the countryside, I felt someone was actually following me. I turned around but there was nobody on sight. I saw milestones and followed them all the way to New York, where I gave the mail to Cornwallis. I started towards the first milestone but a hand reached out and grabbed my pants. It dragged me into a dark place and began searching me. I reached towards the hand and began to bite it. There was a high pitched scream and the hand let go. A second hand dragged me further into the ground and I felt water all around me now. I was frightened. I screamed and yelled for help. Suddenly, I found myself being sucked out of the ground. Earth and rocks flew everywhere. The two “kidnappers” revealed themselves. They were Sam Adams and John Adams. They looked mad.
“What do you think you are doing with that mail?” Sam Adams boomed.
“We are supposed to deliver that mail thief,” John Adams said, “ we are taking you to congress.” The two men marched me to the congress room just in time to see a young Frenchman slip in. We all walked in and crashed into the Frenchman. The congress members were gawking at us.
“Well who are you?” questioned Mr. Hancock. The Frenchman took of his hat and bowed.
“I am the Marquis De Lafayette,” he replied.
“Welcome,” said Mr. Hancock, smiling.
I was filled with happiness as I finally realized that people around the globe were helping and understanding what was currently going on with the United States. Hancock was also beaming with jubilation.