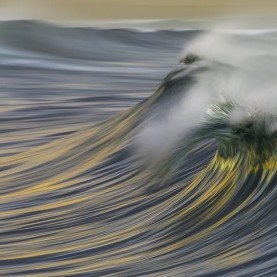 Kyle Masterson, a USNS (United States Navy SEAL) is engaged in a private research project when FBI spooks begin shadowing his every move and monitoring his activities. He is forced to become the reluctant first human experiment in his Time Escape program.

November 2016
Kyle Masterson was a tall, dark, 38-year-old Active Duty Navy SEAL, and he was on the run. It was a good thing he was still active in the Navy too—as his training was being sorely tested on this night—and he’d sprinted the last five miles in record time. He could've been at the warehouse long before this, had he taken his car. As he approached his assigned parking space in the private parking garage across the street from his apartment on Main Street in Randolph West Virginia, there was an undercover Federal agent standing on either side of his Porsche. So, he took advantage of the only option open him and running. His private warehouse was one block further south on Valley County Road, north of the city.
Boom! What the hell—those assholes were shooting at him. He looked back to see who it was. He quite surprised—it was Deets and Groves. Why were the Feds chasing him? The answer to the question was simple—Kyle was a scientist living in a supposedly free, democratic country where terrorists had full rights to run the streets daily, and kill at will. But The Feds had nothing better to do than harass and dog private citizens with unpopular Points of View. Kyle had also earned a degree in Computer Science and Technology at San Diego College four years ago—in layman’s terms. He was a Computer Guru aka Geek—but he also possessed a degree in Scientific Research from UCLA. Thein lied the rub. This story began late one-night several months ago—ten to be exact. He was engaged in research, in the private lab, in his home in the mountains of Randolph West Virginia (employed by the US Navy Department aka the government) for what else, another war. He was researching ways to perfect the range and effectiveness of a weapon SEAL teams regularly used in takedowns. An entirely unusual formula appeared out of nowhere. Kyle still hadn’t quite figured that one out. He’d told only Grover Deets and Marc Graves—his two best friends, whom he’d trusted for nearly years, to protect his six—about this discovery.
Somebody—and he was convinced it was not them—had spilled the beans. But to say he had had no idea who was spying on him, was like say a two-year-old does not teeth. The Feds had nothing better to do. The Admiral in charge of the program had given Kyle a top-secret computer code linking him to an online computer lab. His personal computer, as well as, his private in-home lab was secure, but the online Science lab was being monitored, or course, seeing as he was given and coded link. And he didn’t know who’d tipped off the FBI. But the number of times he entered that lab was traced by a sophisticated tracking device, and for the past month they’d been watching him.
He'd experimented with this formula for two months—after it had just popped into existence—and before he discovered its actual potential. This research had consumed two the last six months. Within the next week, on the Navy’s secure computer link, he'd created a plastic device no larger than a credit card—several of them actually—and then he started theoretic testing. When perfected this small card could be used by anyone, anywhere, at any time. The card functioned when the individual in possession rubbed a tiny raised dot in the bottom right corner of the gray card and tapped a sequence of five numbers. A different combination with every card--and within the larger series of thirty digits across the center, on the front of the card. There was nothing on the back.
The operator traveled to a time and place in the past where he/she could explore the mistakes made by those in charge. To understand how they might effect positive change on life today.
At this point, his experiments had all been done at home with computer-simulated models. But tonight rather abruptly, Kyle was to become the first human candidate for this Time Escape.
This final step of the operation was not scheduled to take place for another two weeks. But at this point, his only option was to bump-up the final testing, and do so within the next five minutes—as his pursuers were that close. Time for Escape and Evasion.
Boom! Boom! What the fuck? Two shots this time. Not only were they shooting at him. They were so far off their mark. They couldn’t hit a red target if he painted in the middle of the back of his Navy Peacoat.
Pop!

Grove and Marc stopped in their tracks as Kyle vanished, leaving behind, only a faint pop followed by a blue lightning flash. They stared at each other in baffled silence.
Although they understood why and how Kyle had disappeared, what Marc didn’t know was how to tell Rick Patterson that Kyle Masterson just vanished. Poof! Like smoke. However, there was no smoke and it more crack than a poof. But according to procedure Marc, the AIC (Agent in Charge) was required to report in. He Speed-dialed his boss’s number. Grover handed him the gray card. “Do you have Masterson?” Patterson asked without preamble.
“No, sir. I'm not sure what happened. We had him dead to rights, but, as we approached Mast, put his right hand in the deep pocket of his Navy Peacoat. And, pop. He just vanished, sir,” Marc held up the gray card, “and all we found was a strange gray credit card.”
“What do you mean strange credit card? Patterson asked angrily. “Aren’t all credit cards the same? What does it look like?”
Marc studied the card in his hand. “Certain raised digits in a larger series are black, sir.” Marc turned the card over and grinned, he held his phone away from his mouth, cleared his throat, and a smile slowly spread across his lips. Matt, you asshole. It’s a code. He thought. To Peterson his said: “It's small and gray with long series of digits across the center. There is no name, no expiration date, and no security code on the back, sir. But in the bottom right-hand corner there’s a raised back dot. That's all, sir. No name, nothing except numbers and a black dot.”
“What the fuck?”
“I don't know, sir. It looks like a job for Bureau computer geeks to me. But I don't think they’ll even know what to do with it. Matt is a smart guy and you know it.” Marc sighed then. “I always said I thought you were crazy to give Grove and me this assignment. Why aren't we trying to locate those damn ISL terrorists instead of dogging Mast, and other heroes? They are here, in America, you know?”
“Don't get wise with me, Graves.”
“I was just making a point, sir?
“Well, stop making points! Get over to HQ. Pronto. Understood?
“Yes, sir. Deets and I’ll be there in ten, sir.” Graves stressed the word, sir. As he disconnected the call, and dropped his phone into his pocket. “Come on, Grove, Boss wants us at HQ.”
“Yeah, I heard.” Deets said. “You’re not going to tell him what that card is, are you? We both know what those numbers are.”
“Yeah, further, Mast has more of these cards with him. It’s my bet he expects us to meet him, somewhere. I have the code for his computer in his home, and his private link to a computer lab. That’s where we’ll find more of those cards.”
“If it’s a link to an online government Science site, it’s being tracked. That’s what I mean, Marc. How can we do that? We don’t know where he went.
“No, but the code on this card will either take us right to his point of contact, or at least somewhere in the vicinity, and at approximately same time. Let’s go.”

It was a great story, but you could have balanced the dialogue and narration more.
Tweets by @thepenfactor