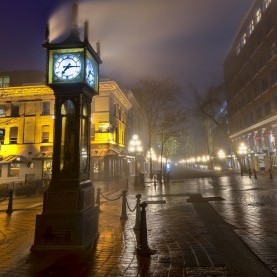 A woman sets out on adventure by taking a cross country road trip.

Flipping back her natural blonde hair, she sang with a strong contralto.
“Rumor has it I’m the one you’re leaving her for!”
Jamie’s roommate smiled at her bubbly companion who rocked her head back and forth while straddling one of the two kitchen chairs, almost causing her headphones to fly off. She held up two fingers to the young brunette causing her bike helmet to sway. She grabbed a bottle of water and headed out the door of their apartment. The two had just come off of finishing up their final semester at the University of Illinois at Chicago but knew very little of one another after their year of living together. Jamie never liked anyone in her business.
She removed the earphone plug from her iPhone and docked the phone on her speakers to allow Adele to take control of the small living area. Her hips slid purposefully against the quiet of the room. She ran her fingertips up her waist and into the air and let out a burst of laughter.
A black glove silenced her laughter. Flailing her arms wildly, Jamie’s eyes widened as she attempted to scream, but all sound was muffled by the hot leather. She attempted to bend forward to flip her assailant over her, but the contents of a syringe were emptied into her arm, and she swayed to the floor.

“It’s rather impractical, Leilani.”
Grey eyes, clean cut, close shave; she liked the aesthetics. His perspective on her impending cross country road trip, not as well received. Leilani’s hope was to avoid making it into a grandiose occasion by mentioning it.
Color drained from her fingertips as her free palm gripped the brown, leather strap of her satchel, a calming mechanism. She leaned her head back against the driver’s side seat of her old black Camaro until her cheeks were cushioned by her long, bushy, golden tresses. Anticipation surged through her upon seeing the mile marker which signaled their exit and let her know that within minutes, they’d hit the front door to their apartment. She could then create some space between them. He remained useful.
“Terrance, you’re warm.” She granted him the feeling of appreciation. “It’s good to be cared for.”
The shrug which followed would’ve gone unnoticed by another, but Leilani had not become so invulnerable by missing the details. When he was fatigued, Terrence would drop down beside her onto their leather sofa, his tanned hand landing on her slender, brown thigh with a gentle slap. After a beer-filled, lap dance ladled night of debauchery with his white-collared comrades, he’d sit on the edge of the bed in the darkness of those early morning hours and shake his head. If he didn’t like one of Leilani’s jokes, but feared offending her, his feigned amusement would always sound just as forced as it wasn’t intended to sound.
Terrance was a brilliant man who dominated the world of academia. Admittedly, Leilani wrongly assessed she met her match as a result of the first time he dared to challenge her. Did he not fear the fiery woman who set out to school him about the impact of farming regulations on food deserts in the impoverished wards surrounding their well-off Washington, D.C. neighborhood? His intellectual sharpness drew her in, but he later proved himself to be quite messy.


Denice stood at an intimidating six feet tall. The deep chocolate color of her skin and curvy figure inadvertently captured every eye, male and female, wherever she ventured, but her fearless demeanor kept most at bay. Upon its last call for alcohol, Denice exited the tiny Amarillo bar.
Her relaxed strut down the empty sidewalk toward her awaiting Jeep was free of flirtatiousness. She turned the key in the ignition, and the bright green glow of 3 a.m. made her aware that she’d have a tough morning. Pulling out of her parking space, Denice slowly made her way home. She hadn’t drank much, but she began to feel those glasses of Riesling warming her up beyond the 80 degrees of the summer night.
“Oh no!” Denice had made it just a few blocks when the blue and red beamed through her windows.
“License and registration, ma’am,” the officer recited.
“Sir, may I ask why I’m being pulled over?” Denice kept her eyes averted to avoid a flashlight to her face as she searched her purse for her wallet.
“You do know it’s illegal to drink and drive,” he replied. The voice was familiar. She turned to look up and felt lightning strike into her left cheek.

The Texas heat beat down against Leilani’s face; she thought it might have been her skin melting rather than sweat drops traveling from her temple, down her throat, then surreptitiously under her tank top. After several days in Amarillo, she still hadn’t adjusted to the affections of the sun and anticipated her departure with each passing day. She placed her dark shades on her face to protect her eyes from the harsh rays. Though her fortieth birthday was just a month away in July, she was often told she didn’t look a day over twenty-one. Thus she felt it necessary to stay on top of keeping her youthful looks.
Quarter to three; she lowered her dainty wrist. Leilani’s mother once told her Terrance was too good to be true. She felt him manipulative underneath all of his degrees and articulate diatribes on obesity, inequality, and political corruption. Leilani wasn’t foolish enough to believe the fact that he wasn’t black didn’t play a role in her mother’s distaste for her boyfriend, but she never opened that can of worms with her mother. Leilani still had nightmares of the brutal beatings she endured at her mother’s hands. She owed her mother for her avoidance of seeking depth in her relationships.
A hand perched over her eyes, Leilani squinted and peered out of her window, down the highway from the heat of her Camaro. Never on time. She gave a startled leap in her seat upon hearing a horn honk behind her in the busy gas station lot. About time. After a brief look up into her rearview mirror, she pulled out of the lot and headed down Highway 40. One to go.


Three women faced Leilani. None of them had any idea who she was. The tape on their mouths prevented more than mumbles from coming from their lips.
“You ladies, so lovely,” Leilani began. “I like you.” She pointed to Rachel, a short brunette who nearly took Leilani’s eyes out as they brawled in an Arizona hotel room. Leilani touched a finger to the gash Rachel had managed to cause on her face from her fingernails.
“You have a lot in common with me. You see, my fiancé is going to be the next president, and we’ve all had a piece of his action. Unfortunately, you three were the only ones among his sport to have wound up with those little bastards brewing, so I’m going to help you get rid of that problem,” Leilani said nonchalantly.
The women began to pull against the ropes tying them to their chairs to no avail.
“Honey …”
Terrance entered the basement garbed in scrubs with a face mask on. Tugging the mask down, he reached for Leilani and roughly pushed his tongue through her lips.
“Don’t worry ladies, this will be painless, and you will be on your way. So who’s first?”

Leilani sat back stage at one of her husband’s final presidential debates in Ohio and listened to Terrance speak.
“Integrity, honor, knowledge … I don’t know about the others who’ve left the starting line in this race, nor Jim Lambert, who has come this far against me, but my track record speaks volumes on the ways in which I exhibit these things.”
She shook visibly.
“As we head down this home stretch, I want you to know who keeps me grounded and has my back through thick and thin! My lovely wife! You know her as Leilani Brown! Come on out honey.”
Leilani put on her most confident face and walked out onto the stage into Terrance’s embrace. He was still useful.