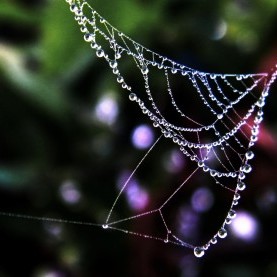 A surrealist parody of school life and the struggle for freedom and Identity within controlled systems.

“Energy can neither be created nor destroyed, it simply changes from one form to another'” - Newton's Law

The metallic blue fluorescence shone off the dark chiaroscuro of pale faces filed flawlessly behind desks. Each spine is set perfectly straight, shoulders back, chin up but most importantly – eyes open. The not so familiar but embedded coding of the classroom’s screen surrounded their silent heads in a robotic accent. She rotated her curious head behind a coy shoulder; a synthesised burning pain struck her neck until she faced the front.
“Work Is Good”
“Work is good” a series of monotones mimicked into a flatline. The sound pierced at student FM’s class C ears, a nuisance picking at her eardrums as a paper cut, too small to scream but too painful to ignore.
“You will gratefully follow the great code of conduct through all essential terms and conditions Your Obedience is imperative. We are your sacrosanct.”
“We will gratefully follow the great code…” they regurgitated
“I will gratefully follow the great code…” Student FM’s asynchronous replacement was merely drowned by the dull anthem.
“Our obedience is imperative”
“Their obedience is imperative” in the rush of rebellion, for a second she wondered what would happen if she said nothing. The foretold sensors would detect any student’s voice frequencies missing, but what if, just maybe she did it.
“And never forget The Sereno corp. and Education Institute Loves You”
FM slouched back into her chair and held a quivering breathe, counting.
“And never forget The Sereno corp. and Education Institute Loves Me”
“…”
She remained silent
“Class Repeat in - 5:00 minutes. Immediately Go to Your Next Class in Singular Formations. Do Not exceed speed limitations. No Pushing, No Walking of Pairs, No Talking above set sound limit, No augmentations of speech, No Littering, No Eating Until Designated Times” the recording repeats. The Students move in a synchronised calculation, dragging their wan limbs and ragdoll existence through a sullen pace of space and time within the twisting tunnels. FM notices the youngling’s F class, all stumbling and drooling on flavoured sugar cubes. “The Customer says”
“Extra fries” the children chime, a sugar cube is dispensed. FM’s under eyes burn at the mirroring shine of the walls. Her short haired reflection returns to her long haired drones. Her finger’s reach for the sensation of an outline once occupied by an orange handmade clip. An orange clip of which did not dodge the UniFor-ma’s Colour detection. Her fingers fall through too soon as she brushes at air where hair had once been blooming. The sensation prickled her scalp, each strand pulling and then suddenly dispersed, her head felt lighter, her scalp turned cold.

FM lay on her stiff bed, contemplating and biting her nails – against code of conduct. Was it the first time she had ever ? The cool organic darkness of her room melts as this exhilarating new found consciousness was disrupted by the loud flashing images of a screen pressing up against her face. A blonde man and women, blue eyed with Champagne in each hand and a smile on each face gloat in front of a palace. The brain jumbling casino traffic distorts their overlapping tones of voices.
“Hey honey how are your grades?”
The cocktail dressed woman waves into the screen, the sipping man joins,
“Keep it up kiddo and like us you’ll be her-” zoop, the video shrinks and the screen blackens. FM stares intensely, gazing into her mind as she strangles her finger with a strand of onyx hair. The star glittered galaxy shines off her expresso eyes, the realist anything in The Education Institute. Suddenly – the stars shine red off her pupils: “Simulation Error Error Error”
FM’s heart trickled down, draining out of her “no…no, no!” she clawed at a broken reality, groping for the planets and stars to return. “Error Error Error”
“No” she screamed until the crackling scratched and seared her throat. She approached the door in stumbling tiptoed steps – It wasn’t locked – how long have they been broken? She sucked courage into her lungs before enduring her suicidal escape: cameras, sensors, alarms, lasers and more, it was a known fact in the Education Institute. Hair twirled around her finger as each foot hovered the ground through the melancholy hall. Her eyes retreat behind a fleshy shelter, reflecting visions of pain: lasers or an ear scraping alarm response. FM’s skin shines in speckles as the fiery floors licks her feet. But as she continued and opened her eyes she found – nothing. No security system. Nothing. Just a door. She opens the door and walks through. Her red face steams, through the gasps and tears a laugh sprouts. An unknown first born tormenting aesthetic pain, the baptizisim of humanity, freedom and reality.

An abrupt knocking awoke Student FL Class C, “Who is it? How did you get out?” as she made it to her door the knocking ran down the hallway. “Hello?” voices arose, FL shook her door impatiently before it slid. She peeked out her room with ubiquitous eyes to find students emerging out their boxes like drones without instructions. “Mine, wasn’t working either?”
“Why aren’t the curfew locks working?”
“I went outside the school” FM announced, “we could go. There’s something more out there ther-”
“-That’s impossible, there’s security systems everywhere”
“That’s against the rules” another student said vacantly, “Let’s go back to bed, we have class”
FM somehow forces words through her stunned state, “But-”
“Go to bed or I’ll activate the disobedience report”
The world moves around FM as her soul escapes her, her wet body follows those shuffling by her mindlessly. FM slips away into her room with the others, hiding her tears from those who did not deserve to see it. A few girls remain, still – FL calls out to the rest of her class before retreating as well. FR Class C pauses behind the trail of her classmates and turns back, “Hey, BL?”
“…It’s MR”
“Aren’t you coming?”
“It’s against the rules, I’ll get in trouble!” She shouted in a whispery breathe, “Goodnight!”

“Good Morning Class C”
Everyone stared at the back of FM’s head, lowering their eyes from her pink puffy face.
The Student’s lowered their eyes from hers. All they saw was their walk down the tunnels last night: how they blocked FM’s short hair from their quivering new-born thoughts – they didn’t want their gender being taken away. Instead, the girls tried to remember seeing the clip on her. How FM smiled... How did she do that? And of course, standing before the school entrance door.
“Good-” The morning ritual groan was cut sharply as girls stared silently at FM creating some resonance within her mouth in a beautiful series of notes. “Hm hm hm”
Slowly, each girl stole a shaking breathe and counted into the symphony. Some eyes closed, some hands held and one that did nothing. Their melody chimed through the echoing silence.
“Attention, Attention. Student FM Class C was reported 24 hours ago. Organic Reinforcement has finally arrived. Please do not resist, the code of conduct has been broken”
The protest died as the door slide open. “-Hm H-m-m” FM’s notes quivered alone as she looked up at the large man shaped Suit. Fear screamed into horror as the large gloves plucked her from the chair, trapping her under its arm. The girls jumped back from FM yelling and throwing herself around, she threw her claws towards them. “Don’t just stand there, do something! Call someone!” The Suit lifts a radio to his mask, the intercom squawks, a disfigured mechanical voice repeats.
“Why won’t you do anything? Huh!” her jaw stiffened with disgust, “I see dead eyes glowing from a dead shine of our god, our master, our lie.” FM’s class held tongues in. And at that moment only then did I realise how high pitched the sound of death was: “Dammit just feel! Just feel something!” the girls flinched, “Anything!” her scream slinked into the corridor. FM kicked and bit even after they had strapped her down to the table, she was determined to make the girls feel something… and in that moment of realisation - she stopped resisting.

“Attention Students, Student FM Class C has been successfully rehabilitated. May Student FM Class C’s improvement be a reminder of The Education Institute’s efficient Ritolin.3 treatment”
Class C cringe at the rolling squeaks crawling into the classroom, their eyes strain at her head flopping as the Suit drops her in her chair. The Suit leaves and the squeaking torment fades with him. The girls rise from there chair… “FM?”
“FM?”
“We’re sorry”
FL reaches for her shoulder, her pitch spikes at FM's cold and wet hand as her drooling Basset hound mouth and eyes flopped onto it. Empty, she looks empty they thought. “FM? FM!” FL’s eyes burned as she shook the vessel of a classmate.
No words. No signals. Piece by piece the class came thundering down in one unison, Furniture and arms flailed in wailing screams through the fast pace of space and time. One by one.

I liked this story, the main character and the plot. I did feel that the ending was rushed and because of that, difficult to follow. Additionally, I noticed a few grammatical errors that slowed me down as I was reading. Despite those minor glitches, I found this to be a unique and creative story. You hooked me from the start, and I wanted to know more about the character and the "gender" element. Sounds like a great story that probably exceeds the 1500 word limit!
Tweets by @thepenfactor