By Starlight and Roses 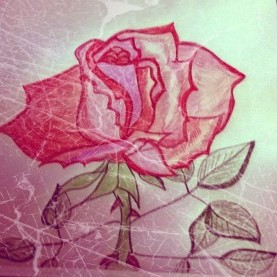 By Starlight and Roses

The monitor beeped and whirled in the background. The Peterson’s had a decision to make about whether or not to disconnect Sheryl’s life support and they were not sure what was the right decision to make. She had been on the life support for nearly 3 years now and there was no chance of her waking up or regaining any type of motor function. She had been on a ventilator for the last year, she still received regular physical therapy to keep her muscles and joints functioning, but that was the only movements that she was able to have on her own and her parents agonized over the decision to remove the life support to leave her on and pray for the best....

~~The thought had weighed on their minds heavily for the last year and they had wrestled with the decision. Rachel rationally knew that her daughter would not wake up and this was not how she would have wanted to live her life. Sheryl had always been very active and vivacious and the last three years had seen her wasting away as her weight went down, she lost her hair little by little, her cheeks were more sunken and the rosy color had faded long ago from her cheeks and the blue veins showed more on her thin, delicate arms and hands. Her mother held her right hand and turned it over and looked at the inside of her palms and traced the intricate and delicate pattern and lines. It seemed like her life had been cut off too soon and that she should be graduating from college about this time and deciding on her future but now her parents were having to make the decision that would end her life.

Star was playing at a friend’s house and was blissfully unaware of the situation at hand and how the decision would and could affect her in the future. She thought of Rachel and Richard as her parents and she had no idea that she would probably lose her mother and the secret of who her father was would probably be lost as well. He did not even know that he had a child and he probably wouldn’t want to know or would deny it all. There was no way to prove who he was and no way that he would volunteer to step in and take responsibility of the small child who was half his and not any of his responsibility.

She placed her daughter’s hand back on the bed, used a tissue to wipe away a tear, and turned around to look at her husband. Their eyes meet and the decision was silently made to disconnect the life support. But it would be in a few more days because they both needed the time to come to terms with the decision and what it would mean. The machines that was breathing for her would stop and her lungs would ceased to inhale and exhale. She was 21 years old and her 22nd birthday was just a few months away. It seemed unfair that her date of birthday and date of death would be so closed together and the years between were too few. Rachel pulled the blanket up around her daughter, tucked a lock of hair behind her ears, and kissed her cheek. She silently said goodnight and walked out of the bedroom door after Richard. The sound of the closing door had such a finally and painful sound that tears sprang to her eyes as she took Richard’s hand in her own, squeezed it tightly and pulled out her keys to unlock the door to the car.

The ride home was a silent one and neither of them were able to speak for fear of crying. Richard patted his wife’s shoulder and silently tried to send the message that he would be here and support her through all the pain, heartache, and anything else that the future would bring. They had been married for nearly 25 years now and they never thought that they would outlive their one and only child.

Star was such a wonderful child and had a happy and cheerful outlook on life. She was so much like Sheryl in many ways that Rachel caught herself calling Star her mother’s name. She never actually said it but it happened so often because Star was so much like her real mother. It was a comfort to know that in a way their daughter was still alive and she lived on in her daughter. They knew that someday they would have to tell Start the full truth but they weren’t sure just exactly how they would be able to tell her.

Richard drew Rachel into his arms and held her close as her head laid down on his shoulder and the tears started to fall, her body shook with sobs, and they both cried together and shared their grief. Star would still be at her friend’s house for another hour and they talked for a while and tried to decide what would be the best thing to do and when the day would come. Finally Richard suggested that Rachel go wish her face and they would leave this discussion alone for a few days because the pain was too great and the decision was made as far as what to do but right now neither could make the decision as to when to do it.

Rachel went and dried her eyes, splashed cold water over her face and dried it on a hand towel. Richard was in the kitchen and had started to cut the lettuce for a salad. He chopped the different vegetables and placed them all into a large bowl, tossed in the lettuce. Rachel took some chicken from the freezer and placed it in a cast-iron skillet that had been heated up and olive oil, garlic salt, pepper, and other spices were added. The chicken was cooking, the salad tossed and placed back into the fridge to keep it cold. Rachel took a box of instant mashed potatoes from the cabinet. She normally would have made them from scratch but it was such a short time until Star was to come home that she decided the instant would be better.

Richard poured them each a glass of wine and Rachel placed some ready-made rolls into the over after brushed melted butter on the top. She put on the broil and let the rolls tossed. Richard set three places on the table, placed a glasses of milk at Star’s setting.

They heard a car pull up in front of the house just as Rachel was placing the chicken, mashed potatoes and salad on the table. Richard went to the front door and waved to their neighbor as they drove away and Star skipped up to the front walkway. She took off running when she saw Richard and hurdled herself into his arms. He caught her and nearly tipped over. She smiled as she threw her arms around him and repeatedly kissed him on the cheeks. Her laughter filled the air and it helped to lift the pain and sorrow from his heart. It was as if part of his daughter was still here and he could feel her in his arms.

It was hard to follow along with what was happening. It could use a bit of editing to make it flow better, but after that I feel like it will be a great story. I hope the comments helped, keep up the good work.