HOW TO RULE THE WORLD WITH JOLLY RANCHERS 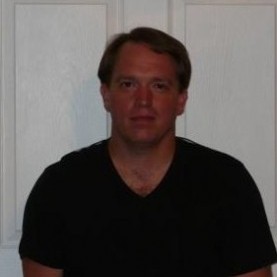 HOW TO RULE THE WORLD WITH JOLLY RANCHERS

While looking at items confiscated from inmates, prison guard Kent Brower is struck by the levels of innovation and perseverance they embody. A particular shiv reminds him of a dagger used in the Dark Ages and he begins reflecting not only on what humanity had and has accomplished but also on what it might have lost and might continue losing through unnecessary conflicts. In many ways, the confiscation exhibit illuminates prison truths the way history reveals truths about humanity.

Hi there, Very cool story. My brother worked as a prison guard and so I have some familiarity with this. Of course, this is a great topic that most find intriguing. I love the idea of a prison guard and how he likens prison life to history, particularly the Dark Ages. That is a novel concept and a big undertaking. The one thing I stumbled on as a reader was the "full" sentences. I think that you could get more with less. I love the word "economy" mentioned above. As I was reading I had some trouble maintaining the balance of digesting new vocabulary and visual concepts such as man-made tools and the long sentence structure. Aside from that, I felt that your story was multi-dimensional, unusual and appealing.

I could relate to the moral of this story and appreciated the connections made with the subjects, however I felt a bit lost in the words, particularly in the beginning and found I needed to read it several times to get my bearings. Perhaps shorter sentences and more scene setting up front may have engaged me as a reader from the outset. I liked the ending and discovering more about Kent which provided some background to the story. Perhaps this upfront in the story would have shed light on the overall setting and background of the story.
Tweets by @thepenfactor