The Transformation of Seth Riley 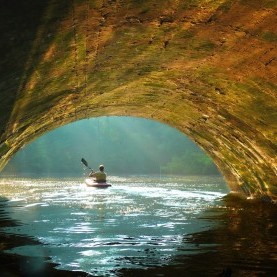 The Transformation of Seth Riley

Seth is unsure of himself and his future--until he meets Neil.

Even in kindergarten, Seth Riley was self-conscious. Those delicate 5 years were shadowed by an undercurrent of anxiety and a subsequent wisdom that tracked him as he grew. When called upon, his face lifted, eyes wide and unblinking. His hair stood back from his face, giving him an open look that was at once innocent and intelligent. As attention drifted from him, he scurried away as if in a rush to fix a clock or mend a sock. He was not of this century, not suited to his age and certainly uncomfortable in his own skin.

He wound his way through childhood, some years less awkward than others. It could hardly be said that he thrived. His life, so slow and tinged with quietness. He had friends, mostly gregarious, who pulled him along, thankful for his silent compliance. Thoughtful and wary, he never crossed those invisible boundaries that may lead to an uncomfortable interlude or irksome memory.

At eighteen, he found himself on the precipice of adulthood. Eighteen is a peculiar number that involves risks and goals and aspirations. Blurry daydreams of his future came bounding towards him like frenzied elk, but action eluded him. He could not summon the momentum of a forward step. He had grown, but not changed, and though the time of his youth was ripe, he still faced life owl-eyed and bewildered.

During his first adult summer, Seth took to searching the classified ads for a job. He walked to get the paper, a daily ritual that confounded his tech-savvy friends. Often he frequented a small Mexican restaurant near his house, ordering the same burrito. There he sat, swathed by the reassurance of his newspaper and meal. The containment of the sun-orange tables, hard and smooth, formed a boundary from the external world. As in most of his life, this occupation threatened to become habitual. But, one Friday his routine was thwarted. It would be the day that would mark his turn into adulthood.

Seth, engrossed as he was, faltered before he looked up. The normally empty restaurant was cluttered with people.

Neil, tall and lanky, stood before Seth. Seth could tell from his clothing and the smell of fish that Neil was a fisherman.

Neil sat down, placed his food on the table and began to eat, never taking his eye off Seth. Neil watched Seth with an assessing eye. He was in need of deckhand and had not been able to fish for a few days. He was hungry to get back to work.

They sat in silence.

Neil raised his eyebrows when his appetite quelled. "Looking for a job?"

Where Seth was pensive, Neil was decisive. "I need a deckhand for tomorrow." Neil's teeth snapped on a tortilla. Seth felt a twinge of animal fear.

"Yeah?" Seth answered, unsure if this was conversation or a request.

Neil pulled out his phone. "Give me your number." Seth froze. Neil's words were like a strong current.

And maybe, if Seth were not at an age, a distinct number like eighteen, if he had been younger, if he had been older, it is possible that he would have unwound Neil's grip, finished his lunch and gone home. Perhaps his routine would not have been interrupted. But, it is not likely. Some things are meant to be.

The next morning was dark and cold. Seth struggled to orient himself as he navigated the dock. The compact boat was littered with tools and buckets, leaving little room to move. The smell of diesel fuel and fish permeated the air. A low breeze hissed as moisture coaxed its way into vulnerable gaps. A shard of light forced its way into the murky sky and Neil woke the engine. They backed out of the slip pushing a seal out to greater depths in the process. Slowly, Neil navigated through the harbor, the opaque water slurping against the sides of the boat.

Seth watched the land shrink away and the density of sea overtook him.

Bleak morning gave way to humid day, the sun pelted across Seth's neck and ears until the skin shone red and raw. He scrambled to untangle Neil's commands which were sometimes contradictory, often loud and course and dictated with a minimum of vocabulary. His arms and back bore a stubborn ache as he lifted buckets, moved ice and bait. The skin around his fingers capitulated to the wet and cold as tiny fissures stretched and frayed the surface of his hands. Gloves were a hazard at the worse and a barrier at the least. His legs stood firm as he balanced against the rocking of the sea.

The steely beath of evening broached as Neil, satisfied with the day's catch, turned the boat towards port. A flicker of sun licked red and orange before woolen clouds smothered the horizon. Seth, dirty and tired, stretched and took in gulps of crisp, salty air.

After tying up the boat, Neil had Seth wait on the dock. When he returned, he handed him a neat stack of bills. The money, warm and moist like fresh bread, felt hot in Seth's icy hands. He arrived home hungry and wet, his clothes reeking of fish.

That first night, Seth did not sleep. He lay awake, his body taut as sore muscles tensed, refusing to relax. His hands formed tight fists as if in preparation for a fight. Remembered moments of the day, Neil's demands, his own mistakes, barbs and sharp statements, clattered and clicked into the night like little crab's claws.

Days passed like schools of silver fish, all alike and colorless. The early morning sky stamped itself upon Seth's eyelids. He forced his body from the tomb of his bed in what seemed an endless string of mornings. Exhaustion followed him like a feral dog. His clothes hung loose and he struggled to hang on to his old trail of thoughts that had once whispered to him.

Each day of work, he became stronger. There was the winking glimmer of the sea lapping in the sun. The solitude devoid of loneliness. Neil did not speak often, but his presence was always there, hard but reliable.

And after a week, something shifted in Seth.

His actions, tentative through all those years, grew fluid and clean. Those uncertainties, once so burdensome, drifted away and out of reach.
That night Seth slept. It was the sleep of a dead man brought back to life.

The next morning he met Neil at the dock. He was early. Neil looked up and saw a man. A man that would work with no slack and allow Neil none either.

I liked the opening of this story and the depiction of Seth's character from a child through to young adulthood. The theme is relatable to all, at any stage of life, the transformation of character as one becomes comfortable in "their own skin". A lovely tribute to a coming of age and a growing of confidence.

Grand tale -nothing fishy about it!
Tweets by @thepenfactor