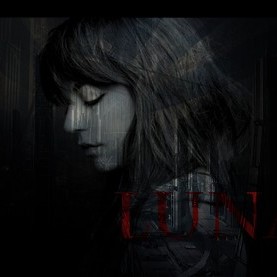 What do you do when an unwelcome visitor arrives and stays for seven long years? You go into battle.

You had a name for it, your sickness. Remember we laughed about it so hard that you nearly wet yourself, and then we laughed at that even harder. Horatio. That was who he became to us, the visitor who arrived at the end of a long hot summer and muscled in on our friendship. He settled in over winter, like a grandfather with his pipe and slippers and made himself right at home, right by the fiery determination in your heart. He was an unwelcome visitor and remained so throughout the seven years he taunted you and made your life a living hell. I hated him, the bastard.

He wanted your house. The one you had so meticulously cared for over the years, had fun with and made your own. I knew he wanted your house on the first day that I was introduced to him, in the hospital ward where you lay on the bed, tangled in tubes like some kind of science experiment and your eyes glazed with drugs that had names too long to remember. It reminded me of our days as students in the University labs, side by side looking down microscopes at amoebas and planarians squished like a sandwich between two plates of glass. We laughed then too at the antics of a single celled organism, fighting for life, stretched and disproportionate like something out of a hall of mirrors. We found humour in the absurd. University did not prepare us for real life education, where the absurd can turn to anguish in that moment between inhale and exhale and that life is never what we expect or plan it to be.

In the beginning, when Horatio was around you dressed yourself in camouflage, complete with combat boots and shadow boxed him with moves carved from both finesse and inner strength. You were the ultimate Muhammad Ali, dancing like the butterfly that tied meaning to your name. You beat him into corners where he lay weeping and wistfully hoping he would gather strength between rounds. I wished he had the courage to show his face to me. I would have punched his lights out. He knew you had allies, in every corner.

He retreated, several times in fact and there was a point in your life where you thought you had lost him for good. Remember how we celebrated, on your 40th birthday where we danced to the sound of eighties music and the popping of corks. Champagne flowed and we gorged ourselves on birthday cake that may never have been. There were photos on the wall of you from your birth through to this day and hundreds of smiling faces in the room. Horatio was not invited to this party. He was nowhere to be seen, not even in your wildest dreams.

Yet he searched for you. He must have rifled through names and numbers in the phone book day after day, month after month. Imagine his dismay when he realised you had changed your number so that it was unlisted and you no longer lived in the house that you once shared. I remember helping you with box after box, carload after carload and settling into your new home, all shiny and new, freshly painted with views of the mountain to the west, the ocean to the east. You were happy and I could see our mutual friend Hope behind your eyes.

He found you again. How did that happen? He was tenacious, you, battle worn. I cannot forget that day when you looked at me with an expression of disappointment combined with steely determination, then you calmly put on your boxing gloves, laced them tight. “Ding,” you said “round three.” You lowered your head before I could see the tears welling in your eyes.

I watched the battle rounds, from the sidelines as always but with my hands tied behind my back. I had a voice though and I could shout, so I did, in the thousands of prayers whispered to an unseen God. Perhaps I did not shout loud enough, project my voice at just the right angle. Perhaps the wind carried my words away.

Horatio eventually surfaced from a battle that rivalled them all, but by golly you gave him a run for his money. The punters were biting their nails, I could see. Mine were chewed to the quick. He clambered out of the ring, the one where the hole in your chest led to, and stamped his foot in victory, his hands in the air, nose bloody and bruised.

I watched in surprise, my mouth agape. He wore steel capped boots.