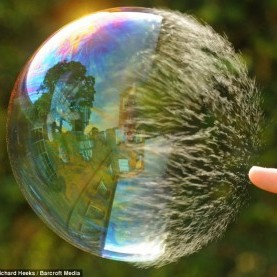 Future explorers encounter a strange planet possibly holding answers to many important questions that have haunted humanity for aeons.

I definitely appreciated the futuristic theme of this story, and it was interesting right up until the revelation. I'm not quite sure about your plot though. It might have been helpful to clarify what exactly the Message WAS, in order to add to that play on human morality that I'm sure you were attempting.

I'm a little confused by the ending but it does make me intrigued to read more. Your story was very engaging!

Nice piece of writing. You've clearly put a lot of time and effort into developing the plot and history and background behind this story. I found it somewhat unbalanced between narrative and dialogue. The huge chunks of explaining the history and purposes and tasks of the Discovery Division etc. were tiresome and hard to read. I was longing to get back to the dialogue, find out what Chardon was going to say. I think there was an issue with the final section of dialogue - an extra "Yes" that didn't belong... Also a few other minor spelling/grammatical issues in the story. From about three quarters of the way into the story I could predict that Tristitia 3 is Earth so it was a bit of an anticlimax knowing that was coming. I wonder if you could have given it a further twist or made it more interesting somehow? I think it's a good story and probably will perform well in the genre. Keep it up!
Tweets by @thepenfactor