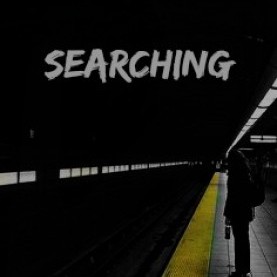 Darkness. Overwhelming darkness. That was what dying felt like to Marra. However, thanks to new technology created by her best friends Tanya and Josh, Marra was able to come back to life, but at what cost? Marra embarks on a journey to find what matters most to her, her brother and sister.

The bomb exploded. Shards of glass sparkled as they soared through the air. Who knew that at the final hour, she would be so calm? Marra's dying eyes shifted to the faces of her friends. Tanya's face was distorted in a scream. Joshua's eyes were wide and full of fear, his body shielding Tanya’s from shrapnel. Marra’s body flew backwards from the window. Screams echoed all around her, but they were distant, unreal. So this is what dying is like. She hit the wall and fell to the ground, cracking at least three of her ribs, knocking the wind out of her. Bits of shrapnel rained down upon her and embedded themselves in her clothes and skin. Her eyes closed and she took in the darkness. The strength to live painfully seeped out of every pore of her body. All that was left was for her to give up, stop fighting, let death take her away forever. Only one thing was stopping Marra. Her friends were in danger. She couldn’t leave them to die. She forced her eyes open again. Fires burned close to where the bomb had gone off. Joshua was still shielding Tanya, this time from the man who had just arrived through the broken window. Standing shakily, Marra stumbled toward the masked man. Her arms wrapped around his throat and she pulled herself onto his shoulders. She tried to pull him down, but he used her momentum to throw her off like a rag doll. She should be dead. Joshua rushed to her side and fended off the man as he tried to attack Marra again. The pain intensified and Marra went completely limp under Josh’s protection. Tanya dragged Marra away, screaming at Joshua to stop and run. Joshua threw in a good punch to his temple, knocking out the man, and left him for the police as he sprinted toward Tanya. Marra could feel her broken ribs puncturing her lungs further. She was moving too much. One leg was bent at an unnatural angle.

"Stop," she rasped, weakly smacking Tanya. Tanya stopped and let her arms down carefully. "So this is goodbye," Marra croaked. “I’ll miss you guys.” She leaned up as far as she could to hug Tanya and Joshua. They each grabbed one of her hands and held it. Tears streamed down their faces as they watched their friend die.

Darkness. Overwhelming darkness. It was suffocating and calming at the same time. The feeling of nothingness soothed her. The darkness seemed to be closing in around her, and yet it was peaceful. Everything faded away. Her pain, the inhuman sounds coming from Tanya that took over her last thoughts. Gone.

Marra's eyes flew open and she gasped for breath. Her ears rang and her vision was hazed, as if she was looking through a cloud of smoke. Her head pounded, and nothing seemed real. Was she really alive? Had she just reached whatever came after death? She blinked rapidly to clear her thoughts and vision, suddenly noticing things her disoriented mind hadn’t before.

A mask covered her face and needles stuck out of her arms, connecting her to various machines and clear bags containing multicolored liquids. She began clawing at her mask, trying hard to get it off, sudden feelings of panic overwhelming her. Some figures rushed forward and tried to calm her, but her fear was too great. Once she ripped the mask from her face, she tried to stand and bolt for the door, but found herself in the grip of a man in a white lab coat and a strange looking helmet. She struggled but all of her muscles felt like cooked spaghetti, and all he did was hold her tighter. A muffled voice came from the area where his mouth would be.

"Marra!" He shouted. "Marra!" He repeated her name over and over, trying to be heard over her screams.

Finally, she calmed down and looked around, drenched in sweat, gasping, and shaking. First off, she noticed at least ten other helmeted figures standing near the door talking in hushed, amazed voices. Three cameras were pointed at her, and a screen next to the door displayed a continuous video reel. It flicked between city halls, all of them jammed with people, some raising their fists and shouting angrily, others staring open-mouthed at something.

She turned her attention back to the man holding her down. As she studied him calmly, she recognized him. The firmness of his grasp, his noticeable shortness. "Joshua?" She asked hesitantly.

He nodded, and his grip loosened slightly. "It's ok, Marra. We're the Committee of Public Health. We’re here to help you."

While he talked, she estimated the amount of time she'd need to escape. "What exactly do you do?" She pressed, still glancing around nervously.

"We work on...big projects. We try to help the public." He loosened his grip even more. "We're going to have to ask you a few questions. Ok?"

She glanced between him and the rest of the Committee. Her gaze lingered on him for a moment, but suddenly she shoved him away and rolled off the hospital bed. Joshua regained his balance rather quickly, but Marra was faster. She rolled under the bed to the side nearest the door and leapt to her feet. Shoving aside more people, she yanked the door open. She was met by a squadron of soldiers, all armed and aiming tranquilizer guns at her. Joshua came and quickly shackled her hands. Marra whirled around, but he gagged her in one smooth motion.

"If you won't cooperate, we'll treat you like a prisoner."

She glared at Joshua, but he ignored her or didn’t care. It's hard to tell when someone is wearing a mask.

Soldiers led her down the hallway to another room, still aiming at her. Here, she was pushed rather roughly into a chair and chained to this too. Joshua removed the gag and his mask. His jaw was set and his eyes burned with a fire she didn’t remember. With a smooth flick of his hand, the rest of the committee moved into an adjacent room that could see into Marra’s through a thick layer of glass.

"Now," Joshua started. "I will ask you a series of questions. Answer each one honestly and you won't have any problems." On a nearby power panel, he connected two wires and flipped a switch. "Can you hear me?"

A voice replied into Joshua’s earpiece, which she hadn’t noticed before. He nodded and the questioning commenced.

"Are you Marra Schwartz?" he began in a cold, expressionless voice.

"I was fighting with you and Tanya against a robber." So far, so good.

"Correct. Can you name the date you were doing this?"

"Correct again. What is the very last thing you remember?"

She thought a moment. The events of that day were all jumbled. Suddenly, it hit her. "I...died."

"I shouldn't be here. I should be...dead." She stared up at Joshua suddenly, her eyes burning with questions.

"Yes. However, with a new technology the Committee invented, you are alive now." His hard eyes met her afraid ones, and she watched as they softened, not too much, but enough to know he really cared. All of the earlier hatred toward him vanished.

"Broadcasting your revival to the entire world." He smiled at her. "You're the first one to test our technology."

Marra glanced at the Committee. Their expressions convinced her. She was alive. She shouldn't have been, but she was. Dozens of questions rushed through her head, but she only asked one. "What now?"