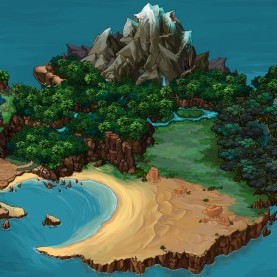 A boy escapes his home and finds himself on another island where monsters dwell.

MOST STORY I WRITE IT HAS SOMETHING THAT BUILD CONFLICTS, IF YOU ARE A WRITE SET YOUR STORY WITH ATTRACTIVE INTRODUCTION AND THE BODY OF YOUR HAVE TO BE SO WELL FOLLOWED BY THE READER UP UNTIL TO THE CLIMAX OF THE STORY. MAKE SURE YOUR STORE CONCLUSION IT CONCLUDE ACCORDING TO THE INTRODUCTION.

I love you realistic your parents and the little child are.

This was a very interesting story. At times it almost read as the prologue for a video game, mostly the parts with Odie on the island. The scenes with the parents and the detectives was a bit confusing to me but it shows the promise of a great mystery to play alongside the adventure Odie is sure to have on the island.
Tweets by @thepenfactor