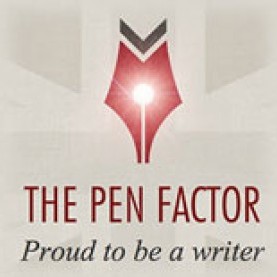 MoonScape is a Sci-Fi action novel set in the future.

Foreword:
In deep space, a single Imota floated. Imota are intelligent energy that appear individually as a small twinkling light. Collectively they resemble an ocean of flowing candle flames.
Each has a telepathic link with each other, and as a whole, with input to knowledge gained over billions of years. Imota have the ability to be male, female, or both simultaneously. They own the power of creation of life...from the smallest germ to the largest creature.
Human minds are incapable of encompassing the the complete abilities or designs of the Imota, and only a handful of human beings know they exist at all.
Some of the Imota found a suitable star cluster...positioned themselves in suitable array...then exploded themselves into a galaxy, some planets bearing water...and life. This expanded space a trillion times further along the fabric of time.
The other Imota rippled with pleasure at the beauty and creativity of the participants. Within a billion years, when the theatrics of the galaxy played out...the creative Imota imploded...returning to their original state of being.
But for now...the galaxy began to teem with life...and the struggle to survive. The other Imota watched with rapt attention as the dramaturgy unfolded. As they watched...the darkness crept silently...ever closer.

Chapter 1: Warren Miller
Earth, or more specifically the United States (the reigning superpower) announced a plan to improve relations with Mars and open up free trade between the two planets. President Jimmy Conners had ambassadors there now talking to key Martian officials from the Andux province.
On the same note, billionaire Warren Miller had his people working on the Martians in the Kuvak province. The race was on between the Earth and the Moon to make an ally of the fickle Martians. If Warren could swing the Martians over to the Moon's side...he could block the US and effectively control the flow of diamonds and precious minerals in this galaxy and others.
Besides...he detested Jimmy Conners and had wanted to shove any stick he could into Jimmy's spokes...every chance he got! Jimmy hated Warren in return, denouncing Warren's iron grip on the Moon(and most of the mining trades). Jimmy wanted all the marbles...and Warren out of his way!
Conners suspected that Miller was behind the sudden rash of pirating that had sprung up...coincidentally about the time Earth began talking to the Martians. They'd lost three ships so far, with two important diplomats killed. All in all there had been eight reported attacks.It was getting hard to convince Earth's businessmen to fly to Mars. Word had spread that it was way too dangerous.
As a young man, Warren Miller made some mistakes...bad enough to get him sent to a cryogenic-prison on Asteroid #3255. That experience had left him with the burning desire to better his life. And never be in a prison again.
By applying himself, Miller rose through the ranks at Dinamic mining all the way to C.E.O. When the opportunity presented itself, Miller bought the mining company. His 'side businesses' had proven very lucrative...both the legal...and not so legal.
Warren had always been a visionary. now he focused on obtaining cheap labor...labor that was not so fragile as normal human beings, to send out and harvest the mineral and ore rich asteroids in deep space. One of his derivative companies, Ditech, boasted some of the brightest young scientists in today's world. In secret...they cloned some of the military's most elite ex-Special Forces soldiers by obtaining DNA samples in various manners.
By use of a new chemical, Diablique-13, they were able to 'flush' the new clone's old memories. By adding an access port into the clone's frontal lobe, the scientists were able to implant micro-chips that governed the brain and effectively controlled the clone remotely at a reasonable distance. A computer bank could be installed on an asteroid and control all the clones present...policing the operation.
Now the scientists went to work on the clone's bodies...and developed a process by which the skin and vital organs were toughened to the thickness of thick leather. These new clone's were called FRANKS...Filament Radiated and Nuclear Kinetic Servants. Ditech mass produced these FRANKS and sold them to third world countries for military purposes, and to the US, Austrailia, and China for deep space mining operations. The most elite were kept for Miller's own defense team and mining ventures.
Warren Miller quickly became the richest man in the world...and the most influential. In spite of the US president, Jimmy Conner's protests...NATO voted yes on the proposal to sell Warren Miller's Dinamic Company, the Earth's Moon. A few short weeks later, Miller paid cash, signed the appropriate paperwork...and took possession of the Moon.
Miller immediately sent a team of scientists and FRANKS to terraform a three thousand acre compound on the rock. They built the offices and labs for Miller's new company, Miller Visions. Within the year, Miller relocated to the Moon.
Using his considerable resources...Miller took over the US military base there, named MoonScape. This was done in utmost secrecy. The human soldiers were quickly replaced with identical FRANKS.
Miller bought out another research company, FuturePast, and moved it lock stock and barrel to his private compound. He also funded a young scientist named Erin Griffith who was working on a project that dealt with time travel problems and the theory of folding space. FuturePast was equipped with the latest hi-tech security features to hide it's progress from the rest of the world.
A newer version of Ditech was also built on the compound, it too receiving the latest technology. Here FRANKS were upgraded to frightening capabilities...Warren Miller's own personal army. FRANKS were still mass produced at the Earth version and shipped worldwide...but the ones built on the Moon were vastly superior in all respects...and they were not for sale.
As Earth became more crowded...eyes turned towards Miller's holdings on the Moon. There was talk of taking back the newly terraformed 'rock', but Miller argued with NATO officials reminding them he had paid cash...plus there were all kinds of other planets and asteroids out there that could be suitably terraformed! Granted it would cost more and they'd be farther away...but hey!
The American president, Jimmy Conners was the ring leader in the squabble about Miller. He hated Miller and Miller denounced Conner's policies openly, and with a great deal of derision. It became a Super-power pissing match.In the meantime, Miller built a weapons company on his compound, and slowly without undue notice, filled it with bright experts. Conners 'secretly' commissioned the CIA to keep an eye on Miller...but Miller was already ahead of the US president.

Chapter 2: Dirty Deeds
In the Oval Office, a small cockroach crawled slowly across the expensive crown molding. Controlled by a remote device...it positioned itself so the minuscule camera could better see the group of men in front of the president's desk.
The young scientist in Miller's Moonscape office, located in block sixteen of Luna division, adjusted some frequencies on the handheld pad. The cockroach (affectionately called Joe) turned and swiveled it's antennae to give the miniature microphones the best possible sound coverage. The voices boomed in the listener's ears.
"Crystal clear! Damn good job, Jeeves!" Warren Miller exclaimed, pulling one earbud free.
"My name is not Jeeves...sir." The young scientist (named Brian) tersely replied.
"Whatever." Miller said, holding up one hand to silence the man. Jeeves (or more specifically...Brian) gave a disgusted look and reached for his coffee. His eyes went back to Miller.
Miller listened for a moment. His face changed expressions and he stuck the dangling earbud back in place. "I will just be damned!" He uttered after a few minutes.

A very futuristic story. I like it. I like your dynamically strong picture and narrative was well. Now I only want to know the whole story's stuff. Good luck.

Your story seems interesting. However, here are a few suggestions: 1 Spacing- the story appears as one huge paragraph. Consider double spacing your paragraphs for easier reading. 2) The ... are unnecessary. Use a comma or eliminate them altogether. 3) There was no dialogue in the first chapter. Consider having a heated discussion between Conner and Miller that would better show their dislike for each other.

Firstly, I must reveal that I am not a reader/fan of this genre. However, the author has great command over storytelling. I found it hard going, ONLY because of the genre. In the first few lines of chapter one the word THE is repeated - a typo. Read your work out loud to discover these erros. Well done
Tweets by @thepenfactor