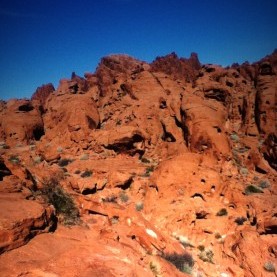 Chapter 3: Space Truckin'
Sitting in deep space, aboard the "Speckled Bird"...a Dinamic Mining Asset Recovery Vessel (Or DMARV for short) assigned to this vector of space...Tommy Gray, or Tom-Tom as Bill Stratt called him (Tommy called Stratt numerous things), worked feverishly on a keyboard console linked to the ship's central computer system.
The six foot four scarecrow of a tech spun his chair around to another keyboard,and after guzzling half a can of soft drink...began typing. He glanced up at the flatscreen monitors on the adjacent wall, his curly brown hair falling into sensitive hazel eyes. Impatiently he brushed the inevitable curls aside.
"Five foot to your right...Stratt...see it? Right there!"
He spoke into what appeared to be thin air...but in reality...a chip imbedded in his ear relayed sound between them. By pinching his ear, Tommy could shift between fifty two channels.Not that he needed all of them...but he had them...just in case.
Right now he was connected to William (Bill) Stratt, the forty six year old pilot of this glorified tin can. Stratt was an ex-combat pilot who had flown with the Cosmic Marines under the Galactic Coalition of Planets...more simply known as GCP.
Stratt was five foot ten and in superb physical shape without being muscle bound like a lot of the Special Forces soldiers. He was a bit of an eccentric, a sharp mind that absolutely hated authority of any kind...but one damn fine pilot with razor instincts. The GCP had gotten the worst of the deal when Stratt's C.O. finally racked up enough violations to drum Stratt out of their space fleet.
Not one to idle...Stratt immediately went to work for a group of pirates that hijacked ore shipments...more importantly...diamond shipments. One of them was an old flying buddy of Stratt's. Ray Smith...a twenty four year old escapee from Cryogenic-Prison, and ex-Cosmic Marine.
A couple of Ray's old street buddies were notorious hackers. They had engineered Ray's escape and made it look like a legal parole. Ray had stolen an Australian transport ship and hauled all of his hacking buddies to an asteroid that had been terraformed as a remote prison before the cryogenic technology. It was now owned by Warren Miller, part of his vast holdings, bought through one of his splinter companies.
Privately...Miller was financing Ray to recruit fighter pilots and wreak havoc on the rival mining companies...specifically the Australian and Chinese. On Ray's recommendation, Stratt was promoted to a quasi-legal operation that protected the Moon's interests.
Stratt had been paired with Tommy Gray...one of the best techs to ever hit space. The two had immediately formed a bond, becoming fast friends. But to hear them sometimes...one would think them bitter enemies. It was just their strange way of having fun...and letting off stress.
One of their main jobs was to monitor the GCP'S twelve battle cruisers, and the myriad assortment of fighter craft the US, Australia, and the Chinese employed to protect their interests in space mining operations. Their other main objective was to destroy anything that remotely threatened the Moon or Miller's interests...and whatever else Miller told them to do.
Australia and China already had a few conflicts over 'who owned what' vectors of space and which asteroids. Ray's pirates had nudged them ever closer to the brink of all out war. The GCP had it's hands full just trying to prevent war.
The US predictably was trying to play both ends against the middle. It had planned on terraforming Mars and building military bases there to protect it's interests and nine prototype 'Battle-Miners'...armed transport ships. The rub came in when it was discovered that Mars was inhabited...and destroyed Earth's exploratory spaceship.
Now the US President Conners took an even harder look toward the Moon. They began a campaign to try and oust Miller from his beloved Moon...citing that the Moon was crucial to the US's national security, and the fact that they already had a military base there before Miller bought the Moon with it's strategic position.
The GCP sided with Miller and determined that the Moon deal was a valid acquisition. That didn't stop Jimmy Conners. He knew there was more than one way to 'skin a cat'.
Australia managed to make friends with the Martians...which infuriated the Chinese...strengthened Conner's resolve to take back the Moon...and made Miller 'pour on the coals' to further his various projects and re-evaluate his position.

The beginning could be improved by taking out the 'information' eg abbreviations, nicknames. Some would be okay here, others could be introduced later. It would benefit from dialogue, otherwise it tends to read like a report. stick at it. good bones.
Tweets by @thepenfactor