An Unheard Cry for Help 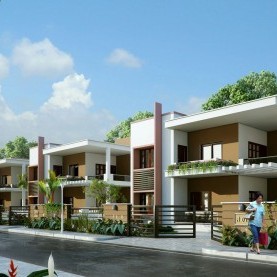 An Unheard Cry for Help

Jason was born on the streets, forced to roam around and look for food with his younger brother Tommy. That all changes however when a couple of kids around the block decides to mess with him. The next thing he knew he was in a palace with the face of an angel staring down at him.

Jason hugged the bag of food closely to him. The dull ache that had been nagging his stomach was now gone, thanks to a kind girl who had given him food. He couldn’t stop thinking about her, and her kind words.

“Don’t worry” she had said. “Things will get better. Just hang on.” Her smile had been warm and inviting, it was enough to make Jason forget his worries and smile back.

“It’s getting late.. and cold.” He shivered and wrapped his slender arms around him for warmth. “Tommy will be wondering where I am” he thought. Tommy was Jason’s little brother. He was only four, and not supposed to be by himself this late at night. Jason himself, was only thirteen. He saved the last sliver of food for his brother.

“You greedy, greedy kid.” He scolded himself. “Selfish.. stupid!” he said aloud as he looked into what was left of the food. Half a loaf of bread, and a few crackers. Jason sighed as he trudged up a small hill.

Despite the cold, he had a small tingle of warmth. However that still wasn’t enough to keep him from shivering. He stood up slowly, knowing he could not sleep in the snow. As he walked back into the village, he spotted two children begging. He looked away and tried to walk past just like everyone else was doing but he couldn’t bring himself to. The two children were both girls, very young. One only looked to be about four and the other one at the most ten.
The girls didn’t have to say anything for Jason to know they were desperate. Just as desperate as he was, to survive. The eldest had large brown eyes and a grim expression on her face. Her frown was so large Jason thought it would sag off her face. Without saying a word Jason reached into his bag and pulled out the remains of the bread and handed it to the youngest girl. The eldest one smiled and stood up to hug Jason. Jason was shocked at the gesture and turned around walking away quickly. As he was walking he noticed a small group of boys behind him whispering. He was used to the whispering by now. He glanced back at them. They were the toughest looking boys in the village. They were mean too. He sped up trying to avoid getting in their way. He notice them start to speed up too. Jason’s heart began to beat rapidly in panic as he broke into a run.

“Hey! After the disgusting peasant!” one of them shouted as they chased after him. Jason’s face contorted with fear as he ran into ally ways. His legs screamed at him to stop every step of the way. The burning sensation didn’t stop at his legs, it seered up into his chest. The group was catching up to him, fast.

“Please! I beg you! Leave me alone!” he cried slowing down unwillingly. A force slammed into him knocking him to the ground. Jason cried out in pain as he stared into the face of one of the boys.

“Stupid peasant!” He cursed spitting in Jason’s face. Jason gasped in pain as the boy raised his fist, and brought it down onto his stomach.

“W-what d-do you want?” he asked his voice shaky with fear. The boy stared at him for a long time before pointing to the bag of food. Jason began to thrash in panic desperate to get away from this gang. The boy growled and grabbed the bag. With a good kick to the lower stomach, he left Jason withering in pain, and grabbing stomach. He let out a low groan. His stomach hurt his head hurt everything just hurt. He just wanted to lay there forever. If he was lucky, he’d die of frost bite. He could feel himself passing out. The last thing he saw was a freckled concerned face.

Jason kept his eyes close but groaned feebly. His body tensed as he realized he was lying down in a bed. He felt warm, something he hadn’t felt for a long time. He opened his eyes and blinked a few times his eyes finally adjusting to the light. He was in a pink room, in a pink bed with pink covers.

“You’re finally awake you poor boy!” a voice squealed with concern. Jason groaned in response. He felt a burning sensation in his chest, and sore pangs coming from his stomach area. His throat burned as he tried to speak.
“W-where a-a-am I-I? It hurts” he moaned squeezing his eyes shut. He heard soft footsteps coming to his bed. To his surprise, he was staring up at the princess. The princess of the Clyde village. The daughter to the most powerful person in the nation. He suddenly began to feel dizzy again.“My Lady!” he gasped in astonishment. He suddenly felt self- conscious about his clothes, rags more or less. He also felt ashamed about how raspy and intimidated his voice sounded. She smiled softly.

“Here, drink.” She said, holding up a blue liquid to his lips.

“I can’t accept this, Your Grace. I should be leaving.” He said quietly, swinging his legs over the bed and slowly standing up. He regretted it instantly. Pain shot up his body from head to toe. He cried out in pain, and doubled over, back onto the bed. What was wrong with him? Surely the boys did not

Jason’s eyebrows furrowed in confusion. She wanted to help him? Why? Probably to make him into a servant. Even if those were her intentions, he couldn’t refuse to a princess could he? Surely if he upset her, she’d tell her father, and he’d be beheaded. He gulped thinking about it.

“My father will be worried about me!” he lied. His voice was becoming more and more hysterical with each passing moment.

“Do not worry peasant. My father shall contact thy parents.” Jason felt his blood run cold. If she did manage to contact her father, there would be trouble. She turned on her heal and started walking out.

“Wait!” Jason called out. The princess turned back around, her blue eyes sparkling with concern.

“I-I-I.. don’t call my father. I lied to you.” The princess raised an eyebrow, obviously new to the concept of lying.

“Lied?” she asked, sounding it out as if it were a new word.

Jason took in a shaky breath. “About having someone who will worry about where I am. I lied about having any parents.. who care. But I have a little brother, that I really need to go and look after, it’s my duty.” Jason said. His eyes stung with tears as he gripped the edge of his bed sheet. “He could be dead right now. If not he must be starved, close to death even.” Jason’s voice broke. He sobbed into his hands. To his surprise, he felt an arm slowly wrap around him. Slowly, his sobbing subsided to dull sniffles. Jason glanced at her, his eyes blurry with unshed tears. Although she looked worried, behind it he could see confusion. Of course she didn’t understand, he hadn’t expected her too.