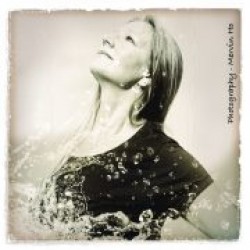 Isobel is on the hunt for her missing muse. What she finds instead is an abandoned toddler who is sunburned and close to death. Dr Liam Brigham keeps little Mia alive, but needs Isobel to save the girl from a far greater danger--a killer with an agenda for kidnapping. With Mia's life next in line, Isobel and Liam have to put aside their differences, face their past and throw their trust at the only One able to save.

Isobel bit her paintbrush in frustration. The sea before her sparkled in shades of turquoise as it stretched up to kiss the rays of the sun. The beach was deserted. A slight breeze tiptoed across the tops of the waves and threaded through stately palm fronds. The entire scene screamed, paint me.

She put down her paintbrush, knuckling the small of her back. This place was perfect. If there were any inspiration left in the world for her, surely it would be here. But her canvas remained stubbornly blank. It mocked her in its sheer whiteness. If it were a kid, it would be sticking out its tongue and blowing raspberries.

She glared back at it for a moment. ‘Fine. Whatever.‛ Ten years of this had taken its toll on her. A decade of jammed-up talent. She reached up to tie back her brown hair. It was just that—brown. Not russet or tan or chocolate. Just brown. She caught sight of a stain on her shorts. What on earth? She picked at it with her nail and ran it across her tongue. Ice cream. Isobel frowned; it was from that kid in the park. Now she was doomed to be sticky all day. There were a few reasons she wasn’t keen on kids—sticky stains joined the list.

‘This is all your fault, you daft canvas. If you’d just stop sulking and let me paint something, I wouldn’t have been in that park. Aaar—‛ Her frustrated growl was cut short by soft whimpering.

There it was again, the faintest moan. It was coming from up the beach to the right.

Not stopping to think, she followed the sound.

Across a blinding expanse of white sand, a man-size piece of landlocked driftwood sat brooding, vulture-like. The noise came from the other side. She could hear it clearly now. It grew fainter as she got closer. Instinct kicked in. Isobel stepped out of her shoes and ran. The driftwood snagged her shorts as she climbed between two branches and she pulled hard, ripping a hole in the fabric and sending her headfirst into the sand on the other side. She spat grains out of her mouth and looked around.

There! Baking in the scorching sun, a little bundle in pink. What kind of flotsam comes in pink? She rubbed her eyes to make sure she was seeing right.

It was a child, no more than two years old, a girl with wispy blonde hair. She lay still on the burning sand, no hint that she was alive.

The child was tied to the wood with a scarlet silk scarf. Isobel slipped the knot free and gingerly picked up the toddler who hung limp in her arms. Her skin was hot against Isobel’s. She was a mess of tearstains and angry sunburn. ‚Oh, you poor baby. How long have you been out here? Where’s your mum?‛

Isobel scanned the beach. No one. Just a pair of sandals midway to the water and her own farther from the water line. The little girl in her arms drew a shuddery breath, sending twin jolts of hope and fear through Isobel. No time to look for family. She needed help now.

Isobel struggled through the soft sand, though her burden was feather-light. Hers was the only car in the parking lot. She placed her charge on the back seat and drove the unfamiliar streets, fighting rising panic. An old man was waiting by a postbox for his collie to finish sniffing. She skidded to a stop.

‘Excuse me. I need a doctor. Can you help?‛

‘Sorry, what?‛ He leaned in close.

Her heart sank. ‘A doctor! I need a doctor.‛

‘Aaah. Turn left at the end of this road. Make your way to the t-junction and head right. Can’t miss it.‛

Nothing. She must have gone wrong.

No, wait. There was the sign. She swung into the parking lot and stopped. Gently scooping up her small charge, she half-walked, half-ran through the sliding doors. The little girl had been so quiet in the car. Isobel shied away from the thoughts that hounded her. Too late. You are too late. A ragged breath—she was still alive. ‘Stay with me, OK? Life is not done with you yet, little Flotsam.‛

Professionalism vaguely masked the disapproval on the receptionist’s face. ‘Can we help you?‛

Isobel was suddenly aware of her bare, sandy feet, mussed-up ponytail, and ripped shorts. ‘Please. I found this little girl on the beach. She needs urgent medical attention.‛

‘I don’t know. She was alone. Please—‛

The receptionist tapped her pen on the form. ‘I have to put something here. The liability—‛

A cool hand grasped her elbow. It was the doctor. ‘I’ll take it from here, Angie. I’m Doctor Brigham. Come with me.‛

She followed her rescuer, her knees weak from anger and gratitude. This baby dying in her arms? She swallowed hard. Her insides shook, pleading no. It wouldn’t have surprised Isobel to see wings sprouting from the doctor’s broad shoulders or a hovering halo to appear above his head.

He settled the little girl in a casualty booth. Assessing her vitals, he hooked up a drip and put monitoring equipment in place. Once his small patient was stable, he turned to Isobel. ‘OK… I think you got her here in time. She is suffering severe dehydration and sunburn. I’m not sure she would have survived another hour out there. We’ll be able to assess her condition more accurately once she comes around. I’ve given her something to ease the pain.‛ He sat on the bench next to Isobel. ‘What can you tell me?‛

For the first time since her find, Isobel slammed back into reality. She cringed. ‘Not much to tell. I was on the beach and heard a strange moaning. I followed the sound and found her tied to a piece of driftwood like a bit of flotsam.‛ She shrugged, hit by crushing weariness.

‘Just a pair of sandals halfway between where I found her and the water. I didn’t want to waste time looking. I didn’t think she had much time to spare.‛

‘Good call. Tied to a piece of driftwood, you say? With what?‛

‘A silk scarf. Bright red.‛ A wave of nausea hit Isobel and she swallowed hard. ‘I need a bathroom.‛

Doctor Brigham waved toward the passage and she ran. For the second time that morning nausea hit. She made it just in time and lost the entire contents of her stomach to the Sunshine Coast sewage system. She knelt, leaning on the wall, feeling hollow inside and out. The sooner she left this all behind, the better. Flotsam—Flo as she’d begun to think of her—was safe. Isobel had done as much as any decent person would. For the sake of conscience, she’d pay the bill, then she’d be out of here. This was not something she was ready to face. Not at all. Taking courage from the thought that it was almost over, she pulled herself up, splashed water on her face and opened the restroom door.

Dr. Brigham was waiting for her in the passage. For the briefest flash, Isobel saw the man—not the doctor, and her heartbeat doubled. She shook her head, and he was back to being the doctor, albeit with her conjured-up wings and halo hovering over his red hair. He looked worried.

‘Is everything OK? Is she…‛

‘She’s fine. As good as she can be under the circumstances. I’d like a word with you, if you don’t mind.‛

‘I was just going to settle the bill and be on my way. There is nothing more for me to do here.‛

‘Just walk with me first. Please.‛

Isobel didn’t want to. She didn’t want to listen or feel. She just wanted to go home and stick her head under a pillow and pretend she was safely on the moon for a little while. Preferably alone. Yet she found her feet following him down a polished passage so shiny, it felt as if she were walking on the ceiling.

Those broad shoulders—with rapidly shrinking wings, she thought with a frown—nudged open a side door into a consulting room that had been left at the mercy of a colour-blind painter. Everything was green. His red hair blazed against the vivid emerald background. Her stomach was still queasy and the moon was sounding more attractive by the minute.

‘I’m sorry, I never caught your name?‛ He waved her into a chair and sat down opposite her.

‘Isobel, I need to ask you—‛

There was a brief tap on the door and sour Angie poked her head in.

A brilliant piece of work. It hooked me from the start and I was pulled completely in. Makes me want to read the rest of it, great job!