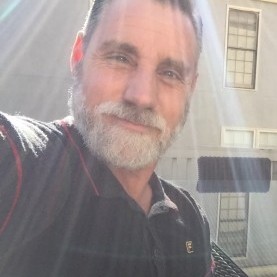 Her husband used to say that she was being foolish. Her daughter says that she’s being ridiculous, but Mrs Spencer can no longer ignore her feelings. She has a dream.

“I’m really very pleased with your service, James”, Mrs Spencer says after he has walked her through her portfolio and savings accounts, as he does every year for the Spencers.

Yet for the first time it is Mrs Spencer sitting at his desk instead of Mr Spencer.

“It has been a difficult year and I never quite knew what we actually had in the bank. As you know, my husband was the one who looked after our finances.”

James nods. “I understand, Mrs Spencer, and I am happy to help you with any questions regarding your assets and the accounts we look after.”

“Thank you, James”, Mrs Spencer replies and a little smile appears on her face.”You know, actually, I do have a question.”

James moves his eyes from the computer screen and looks at Mrs Spencer. “Please, go ahead.”

“Well, when I was young I had this dream of having my own car…a sports car.”

Another smile, bigger than the one she showed only seconds earlier. “But my husband was not interested in my ‘silly dreams’. He told me a car was for transport only and should reflect our status, which is why we always drove that ugly burgundy Jaguar, as you may know.”

James nods again. “I do, I’ve always looked after the family’s insurance as well”.

Mrs Spencer moves a bit in her chair and she fumbles with the fingers of both hands on the desk.

“Before I came to the bank today I consulted my daughter about this vintage dream of mine of having a sports car and she said I was being ridiculous – I’m too old to drive a car in the first place, let alone a sports car. But you know, James, I just want to know how it feels to drive one – my own one. The kind with no roof so I can feel the breeze in my face and the wind blowing through my hair.” At this her left hand goes up from the desk and slowly moves around her head.

“But my best friend Heather says I shouldn’t listen to my daughter and go ahead with what I want. She said she would love to pack a picnic basket and go on day trips with me. Like two young girls again, in the sports car with the top down, through the countryside and down to the beach.”

The smile on Mrs Spencer’s face is now as big as it possibly can be, transforming her whole face.

She moves her head forward, over the desk closer to James, as if in confidence.

“As a matter of fact I have been looking at cars – not new ones but cars that other people owned.”

“Yes, second hand, that’s the term, I believe. They’re still quite dear but not as dear as the new ones”.

“How much are we talking about, Mrs Spencer?”

She moves her back into the chair and folds her hands together on the desk, her face now serious.

“At the dealership in town I saw this French car. It’s £27,000. Do you think I can afford that? Oh, my husband would spin in his grave if he knew I was even thinking about this.”

James starts laughing. “Mrs Spencer, if you truly want to buy yourself a new sports car, you can most certainly afford it.”

Still with a grave look on her face she moves forward again and whispers.

“But would it be responsible? I mean, my husband would have never considered such an extravagant purchase, he always said we need to be responsible with our money”.

“Dear Mrs Spencer”, answers James. “I promise you that a purchase like this would not affect your immediate nor indeed your long-term financial future. In fact – and this can be our little secret if you like – I think you should go ahead and pursue your dream. Buy the sports car.”

“Do you really think so?” asks Mrs Spencer, her voice now louder and showing a hint of rising excitement.

“Mrs Spencer, let me tell you something; not as a banker but as a son of a mother. If my mother had your dream of owning a sports car and could afford it, not only would I encourage her, I would go with her to the dealer and make sure she bought exactly the car she’d been visualising in her mind for so long. So, yes. I do think so.”

Joy spreads across Mrs Spencer’s face, her eyes sparkling as her palms clasp her cheeks.

“And furthermore, I would take my mother straight to the Ritz, in her car, for a chic high tea to celebrate.” adds James.

“Oh no!” says Mrs Spencer, the look of joy replaced with resentment. “No high tea for me, James. They bring back such uncomfortable memories”.

“It’s quite alright, you couldn’t possibly have known. You see, on Sundays Mr Spencer and I always spent the day at home. He always believed that was what Sundays were created for, to be at home and do nothing. Every Sunday I had to make us a traditional high tea. Every…”, moving forward and whispering now, “bloody Sunday. I haven’t had a single cup of Earl Grey since he passed away, which is a shame because actually I rather like it. But between you and I, James, I honestly hated those quiet, boring high tea Sundays at home. I wish I could enjoy it again like I used to years ago, but it is what it is. I’d be better off having a sip of champagne or suchlike with Heather.”

Both James and Mrs Spencer laugh at this last remark.

“I understand, Mrs Spencer”, replies James. “Now, let me help you to make this car purchase happen. Ask the dealer to get in touch with me and I will take care of the transaction on the day you are going to pick up the car. Does that sound alright to you?”

“Dearest James”, says Mrs Spencer. “That would make me the happiest old lady in town. Thank you very much.”

A week later Mrs Spencer, with her best friend Heather in tow, arrive at the town’s car dealership. The salesman is waiting outside, standing next to a shiny silver Peugeot with the top down. A big red ribbon is tied around it as if it were a birthday present. Heather takes Mrs Spencer’s hand as they slowly walk towards the gift-wrapped car. Mrs Spencer’s eyes once again sparkle like stars on a crisp dark night. She has the air of a small child on a trip to the sweet shop with her grandfather. The car dealer has his arm stretched out, two silvery keys dangling from his fingertips. Mrs Spencer grins, takes the keys and walks to the driver’s door. She stops and turns her head towards Heather.

“Did you do this?” she asks. Heather moves closer, looks into the car and notices the picnic basket sitting on the driver’s seat.

“No, Marge”, she says. “It must be a present from the car dealer?” She glances up at him.

Mrs Spencer opens the door of the sports car and looks into the basket. Inside she finds two Wedgwood china teacups and saucers, two chocolate eclairs, a bottle of Dom Perignon and a card. She reaches for the card, carefully opens it and reads out loud:

“Dear Mrs Spencer. No matter how vintage our dreams are, I firmly believe they are things to be pursued and celebrated if we are given the opportunity. So, whether now or after you’ve taken your first ride in your flashy new car, I would like to suggest that you and Heather open this bottle of Dom, pour the celebration bubbles into the two teacups, close your eyes for a moment and say cheers to life. I truly hope that from this moment on, whenever someone mentions high tea, it will bring a smile to your face.
Sincerely and cheers to life, James.”