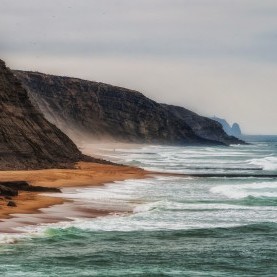 Chapter 1:
"In the news today a rash of gangland style killings have swept through a small parish in Louisiana".


They say death comes in threes. In my experience "Death" comes nonstop. I see a lot of him in my line of work, Soothsayer, Fortune-teller, card reader. My mother was a cajun voodoo priestess. My Dad was a shrimp fisherman who got caught in a storm and drowned. I guess I inherited the gift from her. Her mother was a voodoo priestess. She was rumored to be best friends with the infamous Marie Laveau.

When I'm not reading cards, I'm changing oil, selling tires, running a register, or writing up customer service orders for Woods Tire and Lube. Sometimes in my spare time I help my buddy Troy Sims hunt alligators. He gets me to go when his partner, Donnie Mack, wants time off.

My girlfriend Laurie Sims (Troy's sister), stays after me to go to church with her but the church folk don't like me none too much. They seem to think I'm of Satan or something, especially Nora Scott. Mrs. Nora Scott hates me with a passion.

She aggravated the Sheriff of Wilson Parish until he arrested me once for fraud and fakery. The judge who signed the warrant was filling in for our regular judge Toby Skaars, who's known me all my life. Judge Toby had the flu so Mrs. Scott and Sheriff Widges took advantage of that, and had me locked up. I think Mrs. Scott gives Sheriff Widges a lot more than fudge brownies But who am I to judge?

Anyway Judge Toby found out and had a fit. He made Sheriff Widges cut me loose, and apologize too. The Sheriff hasn't had much to do with me since. I don't think he likes me much either. Might be the tattoos or piercings of which I have plenty of both.

I don't think him and Mrs. Scott got the memo about not judging books by their covers. Laurie said that if I was around them much I would grow on them. I doubt it. I was around Sheriff Widges about 14 days but I didn't notice him warming up to me any. Unless you count spitting through the bars at me warming up, I don't.

By the way my name is Daemon Riter, pronounced writer. I'm just your average half-cajun Louisiana boy. I like piercings, and just about everything on me is pierced. I also like good tattoo work and I am almost covered in art. I have dark black hair a slim build and pale white skin that doesn't tan. I have one brown eye, my left, and one blue eye my right. I am 21 years old.

Laurie says I look unique but she's opinionated. I look like everyone else I guess. Laurie is nineteen. She has strawberry blond hair, stands five foot two on her bare feet...I've measured her 5 foot two. She has a voluptuous build, and the softest, kindest heart of any human I've ever met.

She has five cats, a pet raccoon, a screech owl! and an alligator we named Lancelot. She's an animal lover, no doubt. She picks up stray animals (like me) all the time and nurses them back to health. She has a birthmark right between her eyes that looks like a star.

She is self-conscious about it and is forever putting the back of her hand over it. She feigns tiredness, but I know what she's doing. She has no tattoos and no vices that I know of, well if you don't count smoking cigars. But that's just around me. Her mom would kill her probably if she knew. Her mom is dead though, so Laurie shouldn't worry too much about her catching her smoking.

Troy don't care what she does, as long as she washes clothes,cooks supper, and cleans the house. Lori's tenderhearted When Troy got four new tires on his truck... I got Laurie.

She sat and stared at me the whole time I was putting them tires on. The next day Troy came by and asked me to go alligator hunting with him that weekend. He took me by his house to eat and load the boat. He left me and Laurie alone while he got ready to go and we talked After that we were a couple.

She wants to get married one day But she has to finish her college courses first. I told her I wanted to save some money so I could take her to Disney World in Orlando Florida for our honeymoon. I live in the Bayou in a small shack my mother left me when she disappeared into the swamp 10 years ago.

No one really knows what happened...or what she was doing out there. She was last seen walking toward Alligator Point on a Friday afternoon, by the same Nora Scott that hates me. She's never been seen since.

Most people speculate a 'gator got her . It happens around here sometimes. I tried to read my mom's fortune in the cards.The eight of spades kept turning up signifying a dark man, followed by the seven of clubs depicting danger from the opposite sex. I think foul play was involved but I have no proof.

Laurie has had me read our fortune together several times.It's always the same, the sixth of diamonds denoting marriage early in life, but followed by widowhood, and the four of hearts which portends domestic troubles caused by jealousy.

She thrills to the good omens, but says 'pshaw' to the bad. That's my Laurie. Today is Wednesday, a work day. I wake up early, fix some strawberry Pop Tarts for breakfast and grind my coffee beans for the French press, I love my coffee.

Great job! Only a couple of spots where you forgot a period and a comma.

Unique writing, but I wonder if it is global - if your intention is to sell world-wide. I also felt there was too much info for one chapter. It is difficult to have only 1500 words to build a novel - I understand that. However, as chapter one - it needs to work. But the main character is certainly unique and the reader will want to continue. tip: low numbers should be written out - eg one, two, three ... not 1,2,3 some say up to ten, others to one hundred, but be consistent.

There was too much information dumped on the reader. I would rather these characters were introduced to me over time instead of the main character talking about them and his life until now. It seemed rushed and I can't remember a lot of the details already. I suggest starting with an engaging scene.
Tweets by @thepenfactor